Guy & Wood Put On A Show During Glasgow Morning Finals 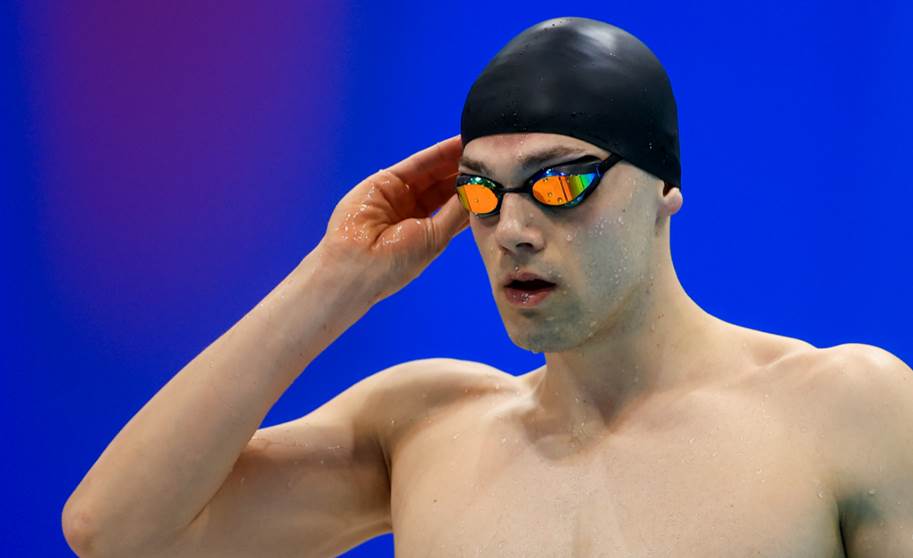 With the prelims taking place in the evening and finals happening in the morning, we just saw our first medal-contending races conclude here at Tollcross at the British Swimming Glasgow Meet.

Among the top performances was James Guy‘s impressive result in the men’s 100m fly. After posting a night prelim time of 52.04, Guy ripped a final effort of 51.16. Splitting 23.54/27.62, Guy’s performance here not only beat the field by over one and a half seconds but it also laid waste to the time it took for him to qualify for the Olympic Games, which was marked by the 51.44 posted at the British Olympic Selection Trials in April.

Of his 51.16 clocking this morning, Guy said, “Considering we’ve just driven 450 miles to get to Glasgow, what a great swim! That was very unexpected, since Europeans we’ve been straight back into work with the eye on the bigger prize of Tokyo – but what a great swim to start the meet off.

“We came back from Budapest, we had one aerobic session and since then we’ve been in the middle of work. This meet here is a prep meet, trying new things before Tokyo, and obviously morning finals is a big part of that. So to do that time in the morning is a good time.

“I’m in a great place, I feel really confident with what I’m doing. I feel happy at home, and I think having that balance between swimming and lifestyle at home is really important. Everything is coming together quite nicely.”

Tokyo Olympian Abbie Wood was another stellar swimmer this morning, making the most of her 200m IM event appearance. She topped the podium in a super quick mark of 2:09.24, which sits a mere .01 off of her lifetime best of 2:09.23 produced at the British Trials. That performance rendered her qualified for this summer’s Games.

Wood said post-race, “I think it was tough for everyone to get up, my only goal was just to go faster than last night – I did that and so it’s putting good practice in for Tokyo. You can’t have excuses because everyone’s in the same boat, it’s about who has prepared the best – and British Swimming putting on morning finals is preparing the team really well,” said the former Derventio Excel swimmer.

“By the time I got to the 200m IM final in Budapest, it was my ninth race. I love stepping up for the team, but I’ve not had chance to do the 200m IM at the start of a meet yet, which is probably why that was a bit quicker. It’s nice to see where I am when I’m not done in by lots of races like I had done at Europeans. It’s set the meet off in a nice way.”

Duncan Scott blew away the field in the men’s 200m IM at Trials, posting a new British record of 1:55.90. Here this morning, the University of Stirling ace still put up a solid effort, stopping the clock in 1:57.28.

“Time wise it was good but I guess you can’t really look into a time. I’m not here to focus on the time, I’m learning things for morning finals. I’ve done quite a lot of preparation for that,” said Scott.

“From a British Swimming point we’re all looking at different things here.  People are trying out different things and I think it’s quite a good idea to have this meet on. It’s a good exercise to trial and really improve on what we can do in the morning before we have finals.”

European champion in the women’s 100m backstroke, Kathleen Dawson, delivered a high-quality result in the 200m back this morning. The Stirling star finished the longer event in a time of 2:08.85. That sits within a second of the 2:08.14 she logged en route to taking the Trials title and checks-in as the 2nd best performance of her young career.

With most Brits either going faster than they did at Euros, or holding up pretty close to their times, it makes you wonder why so many dropped off so badly from Euros to Mare Nostrum. Trying not to get *too* excited, but the whole GB squad looks to be in fantastic shape with 6 weeks until we get racing.

Duncan Scott the standout for me – He just doesn’t swim that fast outside of trials/globals. It’s all coming together for him.

Agree about Duncan Scott (I would happy if he’ll win both in the 200 free and the 200 IM at Tokyo), but the most impressive result, imo, is the 51.16 in the 100 fly from James Guy. With Greenbank healthy and capable of a 53″ low lead-off, If Guy swims a 50″ low split (I think his dream is to dip under 50″), only a formidable Usa quartet may overcome Great Britain. Also Dawson and Wood (in the 200 IM here faster than at EuroChamps, and she explained perfectly why) confirm their scintillating season.

The USA is gonna get bronze in the men’s medley relay. Gold and silver are a tossup between GB and Russia.

I would be more skeptical on Russia’s ability to beat the US based on the number of moving parts their relay will have versus GB. The lineup for GB is pretty clear, but for Russia, it could be any iteration of the following:

Right but, having so many options, Russian head coach will choose the best quartet considering form and tiredness of his swimmers on the last day of Olympics (when medley relay will be swimming). It will be a great race, among the many others great races we will watch..

Russia has huge potential, I agree, and different choices (Kolesnikov/Rylov on back; Prigoda/Chupkov on br. ; Morozov/Kolesnikov/Grinev on free). Their critical leg could be the breaststroke, but, I know, all will depend on each leg. For instance, if Kolesnikov or Rylov will swim a super lead-off and Minakov will be in his A game on fly, and so the anchor, whoever he’ll be, also a not so fantastic second leg may keep Russia in the mix for gold.

You seem to be forgetting that the us hasn’t had their trial meet yet. The Russians and Brits have had multiple taper meets which is why they seem like they would destroy the US based off time from this season only.
Wait until after US trial before you make any predictions

2.07.04 in 200fl heats for Laura Stephens – I think that, along with her 100fl leg in Budapest, books her spot in Tokyo, even if it isnt *official* unless she does it tomorrow. So chuffed she finally did a time more indicative of her ability.

Kurle on the team would add more options to rest swimmers in heats, but it would also mean GB have to put both him and Jarvis in. So pros and cons. But a 1:46.6 being only 6th fastest in country this year is crazy depth.

I think Stephens was always likely to go anyway to cover for medley relay, but this morning’s swim probably makes sure.

So hears a question. If Stephens wins tomorrow and hits teh time, but McInnes also hits in coming second, who gets the spot. McInnes was second at the trials AND has the time. But Stephens would be faster…

I wouldn’t be taking Kurle unless he drops a 1.45 personally. Jarvis & Joe Litchfield +2 of the top 4 from trials is pretty clearly our most sensible heats bet at this point.

Even though Kurle is quicker than Joe, and has experience at International level in 4×200?

Fair, but you’d have to feel for him not getting selected with a 1:46.6