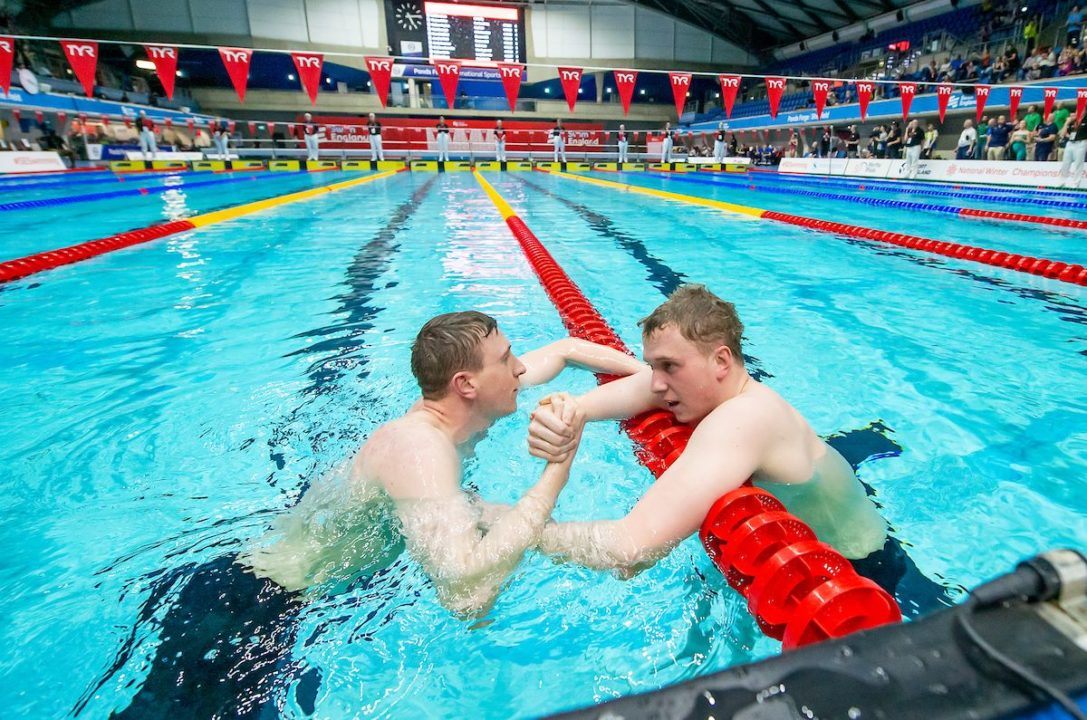 More than 300 athletes will be descending upon the Tollcross International Swimming Centre beginning tomorrow for the British Swimming Glasgow Meet.

The competition marks the largest and most inclusive event run by British Swimming and its partners since the return to competition under COVID-19 protocols, with this meet’s environment being contained in a secure bubble-type format.

For any swimmer who has not achieved a British Swimming-mandated cut in an Olympic event in which there are still slots available, this meet represents the final opportunity to put on a performance worthy of consideration.

As such, there will be plenty of already-qualified Olympians in the mix, with the likes of Duncan Scott, James Guy and Freya Anderson among the mix. For them, the evening prelims and morning finals timeline will help in acclimating to what it will be like come July in Tokyo.

In terms of key athletes gunning for Olympic spots, we’ll see Joe Litchfield do his best to nail a Tokyo-worthy qualification time in the men’s 100m backstroke. At the British Olympic Swimming Trials in April, Litchfield took the meet title in a time of 54.04, although a mark of 53.85 was needed.

He had another shot at the European Championships, where the Loughborough man logged a mark of 54.83 to place 25th out of the heats. He was able to drop that down to 54.09 leading off the heats of the men’s medley relay but then entered new territory with the first sub-54 second time of his career.

Leading off the mixed medley relay heats, Litchfield nailed 53.92 to come within .07 of the British Swimming mandated standard. We’ll see if he’s able to muster a little more speed to get it done here in Glasgow.

The women’s 200m fly is also seeking a second qualifier behind Commonwealth games champion Alys Thomas who already earned her berth at the British Trials. Behind her there London, Keanna MacInnes produced a time of 2:08.86 for the silver medal, falling just half a second behind the necessary standard of 2:08.32.

She, too, raced at the European Championships, logging a time of 2:09.76 in the semifinals before placing 8th in an ultimate result of 2:10.25. We’ll see if she can get back into the 2:08 or after zone to vie for a roster spot.

Finally, Scottish record holder Lucy Hope is seeking to join Anna Hopkin on the British lineup at least in the 50m free. Hopkin acquired her roster spot via her 24.51 6th place finish in Budapest. For Hope, she tied Isabella Hindley as runner-up to Hopkin at the Trials, posting 25.13.

Hope looks to also be seeking a 200m freestyle bid, having come so close at the Trials. Behind winner Anderson and Abbie Wood, with only the former hitting a QT, Hope touched in 1:57.65 when a 1:57.28 is required. She’ll be looking to make it happen here.

Very interested to see how Lewis Burras goes here after missing both trials prep meets, trials and Europeans. Also keeping an eye on a few Juniors who have posted some quick time trials since returning to training.

Why would Guy, Scott and Anderson even swim here?

Well you dont know much about the Olympics then ,

To get some race experience before olympics and get accustomed to the morning finalas and evening heats.

Peaty, Dawson, Renshaw are all also on the start list, In fact I’m pretty sure the whole team that is going to Tokyo are on the startlist