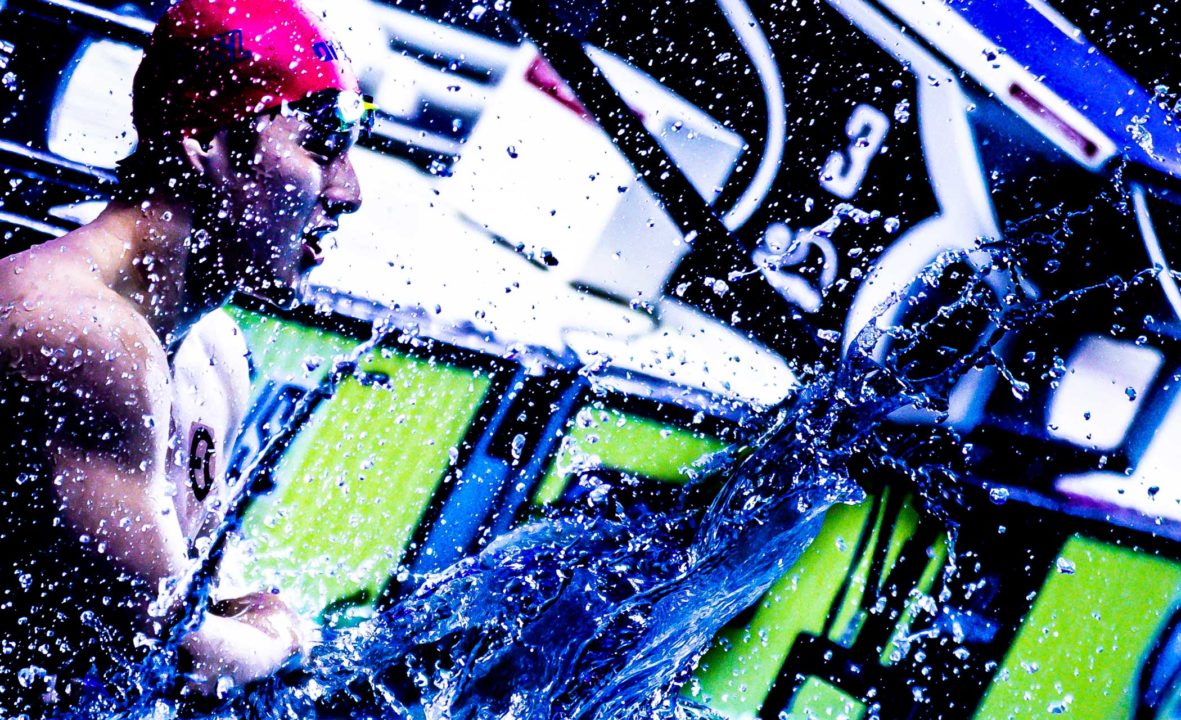 World champion Daiya Seto established his presence on day 1 of the Japan Open, putting the globe on notice with Tokyo 50 days away. Archive photo via Jack Spitser/Spitser Photography

Although not an Olympic qualifier with the Japanese roster for its home-based Games already determined, the 2021 Japan Open began today with a plethora of talent diving into the Chiba International Swiming Centre pool.

For starters, world champion Daiya Seto put on a show in the men’s 400m IM event, handily taking the meet title in a quick time of 4:09.88. That not only crushed the field by 4 seconds but it also nearly matches the time this 26-year-old put up at the Japan Swim in April, the meet which represented the nation’s sole Olympic-qualifying opportunity.

There in Tokyo, Seto posted a swim of 4:09.02 to take over the world #1 spot in the season rankings, a position where he has remained to date.

Comparing splits between the two swims, Seto’s breaststroke leg this time around was the slightly slower discipline, with the man adding about over a second between the swims. His breaststroke was 1:12.19 here tonight versus 1:10.36 in April, which he tells SwimSwam is something he will be improving come July.

As we mentioned in our preview, leukemia survivor Rikako Ikee was set to try the breaststroke on for size, an off-event for the bread-and-butter free and fly sprinter. The 20-year-old produced a time of 1:12.62 in the heats of the 100m distance, finishing 42nd.

Taking the race in this evening’s final, however, was Kanako Watanabe, who touched in 1:07.20. Right behind her was Reona Aoki, who got to the wall only .10 slower, while Miho Teramura was also under 1:08 in this women’s 100m breast race. Teramura secured bronze in 1:07.75.

Two men produced outings under the 49-second threshold in the men’s 100m freestyle, led by ace Katsuo Matsumoto. The national record holder in the 200m free logged a winning effort of 48.47 to claim the gold ahead of Katsumi Nakamura, who touched only .08 later in 48.56.

For Matsumoto, his time tonight, comprised of splits of 23.20/25.27 wasn’t too far off his lifetime best. That mark is represented by the 48.37 he nailed behind Nakamura’s winning 48.23 at the Japan Olympic Trials in April

Shoma went a 59….. no way he tapered for this meet. Is he swimming this event individually at the olympics or only the relay?

No. He missed the qualifying time by a couple of hundredths so he’s only swimming the relay.

It’s so ridiculous having swimmers there and not allowing them to fill any of the empty individual spots.