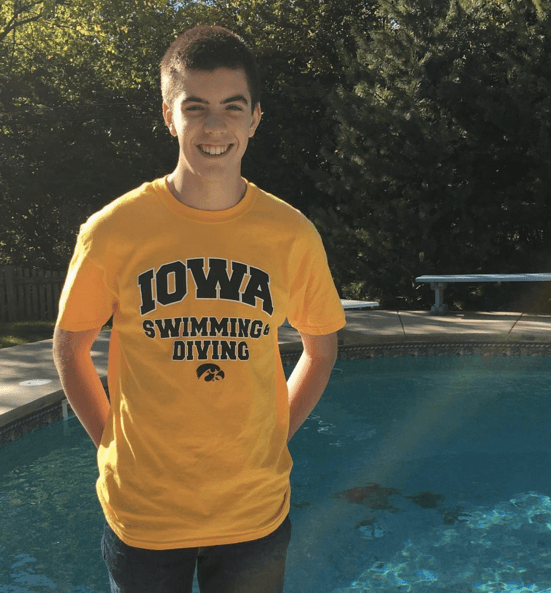 For more commitment articles, be sure to check out SwimSwam’s College Recruiting channel. Weston Credit of Westmont Swim Club has committed to the... Current photo via Weston Credit

Weston Credit of Westmont Swim Club has committed to the University of Iowa. Credit, who swims for Lyons Township High School in Illinois, is a breaststroker who has made some impressive time drops over the last few years.

The drops from freshman to sophomore year really stick out for Credit, though his progression in the 200 is staggering, having dropped almost thirteen seconds in two seasons. He’s landed himself with two Winter Juniors cuts now in both breaststrokes.

At the 2015 IHSA Champs, after not qualifying for the meet his freshman year, Credit improved upon his 12th place finish in the 100 breast sophomore year with a 6th place finish. He also swam breast on Lyons’ 200 medley relay, which ultimately placed 10th in the state. He split a 26.28 in finals, though he swam a quicker 25.75 in prelims.

Last year, the Hawkeyes were led by three juniors in the breaststrokes, the key contributor being school record holder Roman Trussov. They’ll all have graduated by the time Credit gets to campus, and the sole freshman breaststroker this year is Tanner Nelson, a 56/2:04 breaststroker right now. Credit will be coming at the perfect time, right after Iowa will have cashed out all of its breaststroke power. Iowa has also nabbed Illinois sprint freestyler Joseph Myhre for next year’s class.