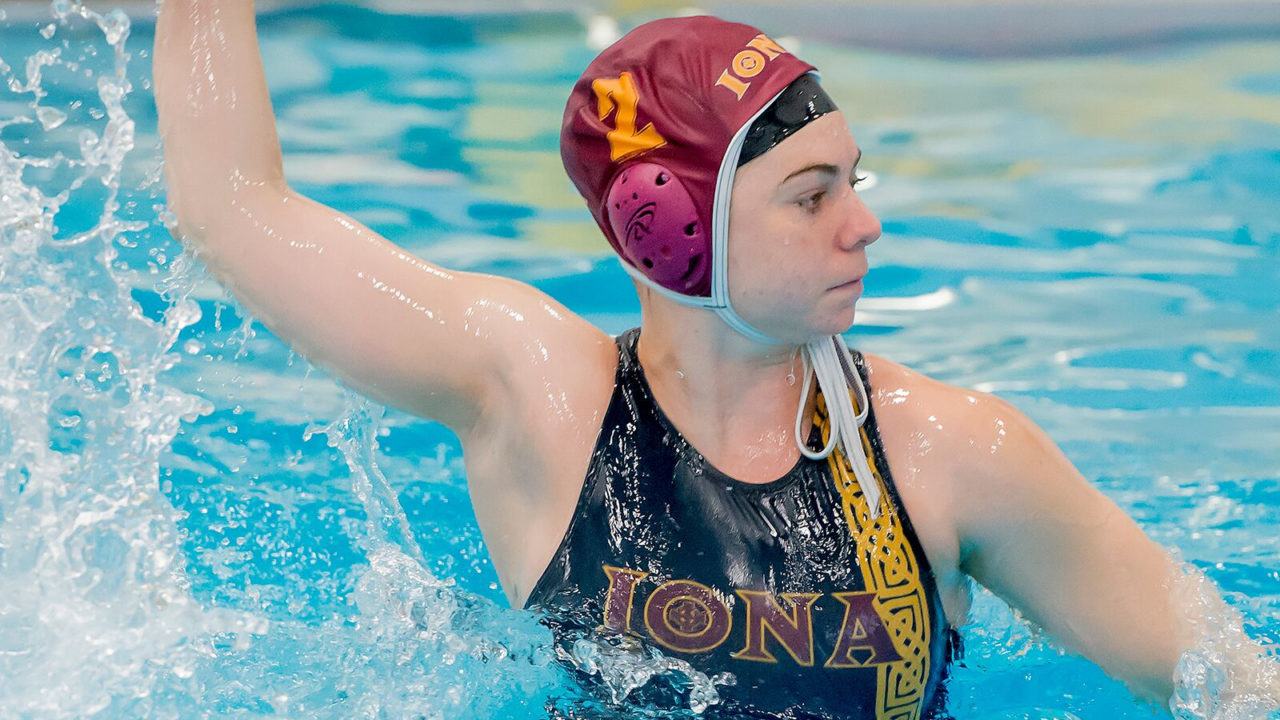 The goals continue to pour in across the country with several players notching hat tricks and five efforts of six or more scores on Week 4. Current photo via Iona Athletics, Stockton Inc.

The goals continue to pour in across the country with several players notching hat tricks and five efforts of six or more scores.

Iona’s Jordan Van Reeken led the way on Week 4, managing 18 goals, posting eight scores against McKendree, four vs. Gannon and hat tricks vs. Salem and Mercyhurst as the Gaels went 4-0 at the Laker Invitational.

Here’s a rundown of the other top scorers of the week, followed by the standout players by conference.

Makenzie Fischer notched six goals for the fourth time in five games as #2 Stanford cruised past #11 UC Davis 17-6 on Saturday. The Cardinal, which moved to 7-0 with the victory, has outscored foes 147-44 on the year. Fischer had a hat trick after the first quarter for Stanford.

McKendree’s Emily Westlove notched a six-goal effort to lead the Bearcats to a 13-8 win over LaSalle.

Emily Konishi posted 17 goals for #22 Bucknell on the weekend, including a six-goal outing against McKendree, four-goal efforts vs. Mercyhurst and Gannon, and a hat trick vs. VMI. The Bison saw three players notch four goals in a 19-5 win over VMI on Sunday morning: Ally Furano (5), Kali Hyham (4) and Rachel Craig (4). Furano then chipped in five scores in a 17-6 win over Gannon in the night cap.

Saint Francis (PA)’s Ani Aghakhanian netted 15 goals, including six in a 14-12 loss to VMI on Saturday and four in a 12-9 win over Salem on Sunday.

#4 Cal got five goals, three steals and one field block from Emma Wright in its 11-6 win over #11 UC Davis, while Kitty Lynn Joustra chipped in a hat trick.

McKenna Imset put in a game-high five goals for VMI as the team edged out Salem 13-12 to open the season Friday, while Annefleur ten Bloemendal put in four scores for Salem. Imset then added a school record seven scores in a 14-12 win over Saint Francis on Saturday. The Keydets went on to best Gannon (15-14) and the Red Flash on Saturday before dropping a pair of Sunday matches to #22 Bucknell (19-5) and host Mercyhurst (7-6). Sarah Dolitsky notched a hat trick in the loss to Mercyhurst.

#12 Loyola Marymount’s Morgan Molloy chalked up a game-high four goals, all in the first half, to help the Lions to a 12-6 win over #17 UC San Diego in the team’s lone match of the week.

#1 USC (13-0) issued a rude awakening to MPSF newcomer #20 Indiana with a 19-1 drubbing in both team’s conference opener on Saturday. Four Trojans had hat tricks in the victory: Maud Megens (4), Kelsey McIntosh (3), Grace Tehaney (3) and Bayley Weber (3).

#11 UC Davis’ Audrey Taylor managed a hat trick against the #2 Stanford Cardinal. Annie Kutt put in four goals as the Aggies fell to #4 Cal earlier in the day. Cal’s Emma Wright one-upped Kutt with five scores in the 11-6 win.

Scored eight goals as the Anteaters split with #3 UCLA (L 13-10 OT) and #20 Indiana (W 12-6); put in five goals against the Bruins, including four in the last nine minutes of regulation; turned in a hat trick in the win over the Hoosiers.

Castellano: Notched nine points off four goals and a career-high five assists vs. Villanova in a 15-7 win.

GCC
Players of the Week

Scored four goals on five shots and added a steal and drawn exclusion as the Lions topped #17 UC San Diego 12-6.

Put in three goals and added two assists and a career-high six steals in the Broncos’ 13-8 win over Sonoma State.

Notched 18 goals on 25 shots in the Gaels’ four victories at the Laker Invitational; added 12 drawn kickouts; scored eight goals against McKendree, added a hat trick against Salem and connected on four shots against Gannon; finished the weekend with a three-goal effort and five drawn kickouts vs. Mercyhurst.

Stopped 34 shots, while playing every second of the Gaels’ four wins at the Laker Invitational; made 15 saves in the team’s 14-9 win over Gannon and nine in the weekend finale vs. Mercyhurst.

Fischer added another six-goal performance in the Cardinal’s 17-6 road win over #11 UC Davis, including a hat trick in the opening quarter; the effort marked her seventh straight multi-score game, including six or more four times in her last five outings.

Led UCLA in scoring with a hat trick, all three goals on power plays, in a 13-10 overtime win over #7 UC Irvine; netted the game-winning goal in the first overtime and added the game’s final score in the second overtime period; drew a team-high four exclusions.

Put in four goals in an 11-6 win over Redlands, eclipsing her goal total from last year (3); played goalie most of last year.

Scored 14 goals and added seven assists as the Tigers went 2-3 at the Mercyhurst Laker Invitational to open the season; notched four scores in 12-10 win vs. Mercyhurst;