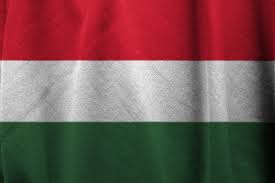 17-year-old Hubert Kos posted world-class times in the 400m and 200m IM events at the 4 Nations Meet this weekend. Learn more about this dynamic teen here. Stock photo via stock

There were several standout performances at the 4 Nations Meet in Hungary that just wrapped up today in Budapest.

World record holder Kristof Milak, multi-Olympic gold medalist Katinka Hosszu, and NCAA champion Felix Auboeck were all in the water on the final day, but it was 17-year-old Hubert Kos who made his mark in a big way to close out the 3-day affair.

However, flash forward to this 4 Nations Meet and Kos entered entirely new territory in the IM events to reintroduce himself to the world.

First, in the long IM, Kos crushed a new lifetime best of 4:15.77  to take the silver behind winner David Verraszto. That result knocked over a second off of his prelim time of 4:16.86, with both outings representing the teen’s first-ever performances under the 4:20 threshold.

For perspective, Kos’ 4:15.77 record would insert him into slot #10 among the United States’ all-time men’s 17-18 performers, situating him ahead of the likes of Andrew Seliskar and Erik Vendt at that age – with Kos just 17.

The final night of competition in Budapest saw Kos rip a head-turning 1:59.06 in the men’s 200m IM to grab gold easily. He landed lane 4 by way of his 2:02.78 morning swim, a time that was just over a second outside his lifetime best of 2:01.50 he notched this past February.

This evening, however, Kos staked his claim with a statement swim of 1:59.06 to get under the 2:00 barrier for the first time in his career. In doing so, Kos became Hungary’s first-ever teenager to log a time under 2:00, overtaking the previous Hungarian Age Record for 17-year-olds of 2:01.13 held by Marton Barta.

Again for perspective, Kos’ sub-2:00 effort would rank him #3 among the United States’ all-time 200m IM performers for men aged 17-18. Kos would rank ahead of Michael Andrew, Jake Foster, and Gunnar Bentz, with the kid just 17 years of age as of today.

i watched it with sadness and joy, what a beautiful scene: a bunch of elite and up and coming swimmers, families watching from the park, every acting like the World is normal. The last swim meet I went to almost 5 months – a lifetime ago!

why is hungary so good at middle distance specifically

good observation: not many sprinters and distance swimmers. (and I often wondered why no sprinters in Hungary) I think one reason is the size of the country, 10 million people, like New York City, small pool to choose from.

Yes, Hungary is small and kids with sprinter body are grabbed by other sports, like handball, basketball. So it’s true, not too big pool to find suitable kids for sprint. Other thing is that medley, especially the 400 has been traditional since the ‘swimming pope’ Széchy. His idea was that sprint was a kind of gambling, the result depended on hundredth of a second while 400 medley was predictable, no big surprise could be expected in the competitions. And it requires lots of work so talent is less important in the meaning like in sprint. Of course you need a talent but it means rather someone who can tolerate the tremendous amount of work on top of physical talent. So… Read more »

From the late 70’s till his death (2004) Hungarian swimming was determined by “swimming pope” Tamás Széchy, and his method of swim more in preparation than your opponents proved to be quite successful for middle distance swimming. After his death his method lives longer by his padavans. Recently other concepts starting to emerge and a new sprinter school appeared in Győr.