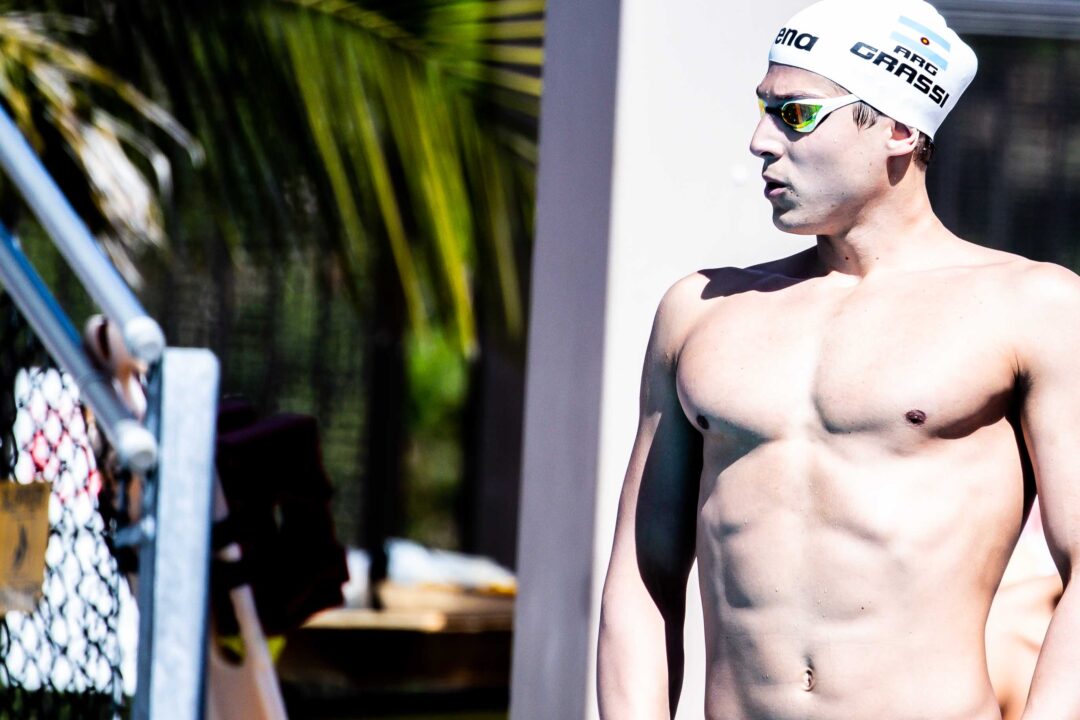 Class of 2020 grad Santiago Grassi posted a 23.81 50 fly, coming within .16 of his Argentinian National Record from 2019. This was his last meet before Tokyo. Archive photo via Jack Spitser/Spitser Photography

This was Grassi’s last competition before heading off to training camp to prepare for his second Olympic Games in Tokyo:

NC State commit Stephen Conrad from City of Mobile dropped a 58.58 in the 100 back to win the event, about 1.4 seconds off his lifetime best from May.

On the women’s side, class of 2020 Auburn grad Julie Meynen swept the sprint freestyle events. 2016 Olympian Meynen won the 50 free with a time of 26.06, about 1.2 seconds off her Luxembourg National Record from 2019 World Championships.