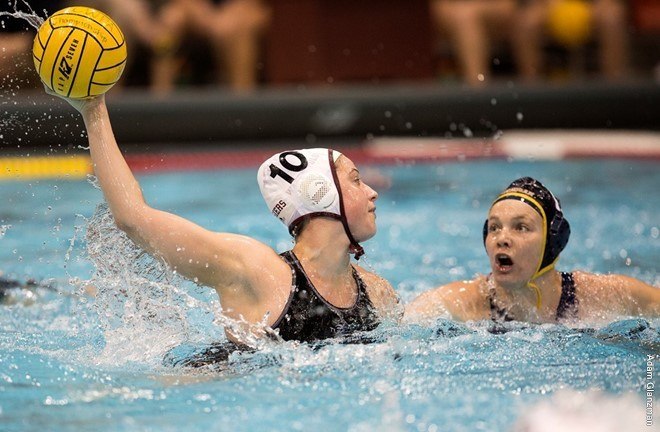 Hanling played under head coach Alicia Began at Coronado High School in the CIF Southern Section. Quick in the water with a deft left hand, Hanling adds to a budding attack corps. Hanling continued her water polo play at the club level under coaching legend Randy Burgess; she also received instruction from Kelly Phelps, who played for Castle when he was an assistant coach at Arizona State.

From Coach Castle: “Jennifer is a fast, agile left-handed attacker who make significant contributions to our team, especially on the left handers side of the pool. She is aggressive and fast and we expect that she will improve add some more speed and offensive threat to our freshmen class.”

Rodriguez hails from one of the true hotbeds of water polo, playing four varsity seasons for Justin Johnson at El Toro High School. The five-year Olympic Development Program participant tabbed 126 goals for El Toro (13th – program history) and finished with137 assists, a top-five mark in all of Orange County. A three-time All-CIF selection and a team captain her senior year, Rodriguez aided the Chargers to a pair of league championships and two CIF title appearances, once winning the coveted Division 2 championship.

At the club level, Rodriguez honed her craft under the watchful eye of Bradley Schumacher at SET WPC. In that time Rodriguez won gold (16U) and bronze (18U) medals in the Junior Olympics Platinum Division, along with first place USCC finishes at the 18U and 16U level.

Additionally, Rodriguez was a three-year member of the USA National Team Selection Camp (NTSC) and a Cadet Team alternate in 2015. Out of season, she was a three-year varsity swimmer at El Toro.

From Coach Castle: “Jessica is a natural competitor. She has extensive high-level club experience competing for SET water polo club, including the 2016 USWP Junior Olympic Championship game. She is a versatile driver who will add a lot to our motion offense and our team speed.”