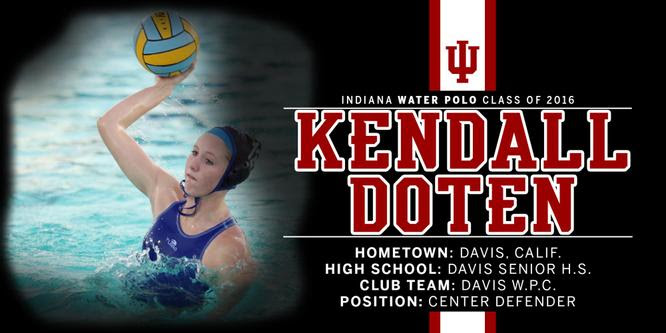 Last season, Doten served as Davis’ team captain during their run to a second-place postseason finish. The senior raked in several honors after her final year, including All-League, All-CIF, and All-American selections. Doten also received Most Valuable Player recognition from her teammates, the Delta League, and the CIF.

At 5’11”, Doten will hope to continue a tradition of dominating center defenders at Indiana University. With senior Candyce Schroeder‘s graduation this summer, the incoming freshman will join Kaybree Albright, Jennifer Beadle, and Bronwyn Smithin the center. 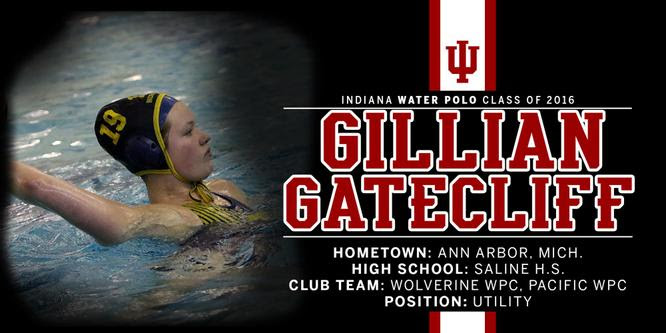 Gillian Gatecliff earned seven letters in the pool at Saline High School, including three with water polo under coaches Katie Card Neidermire and Barbara Lanier. She excelled both in the pool for Saline and in the classroom at Washtenaw International High School, earning Academic All-America honors from USA Water Polo in 2014 and 2015.

The future Biology major began her water polo prep career with a Rookie of the Year award in the 2012 season. By 2014, Gatecliff made the first team throughout the season on her way to a team MVP honor and an appearance in the state tournament.

Gatecliff doubled as an All-State swimmer for the Hornets, helping her team to a state title in 2014 and a runner-up finish in 2015. 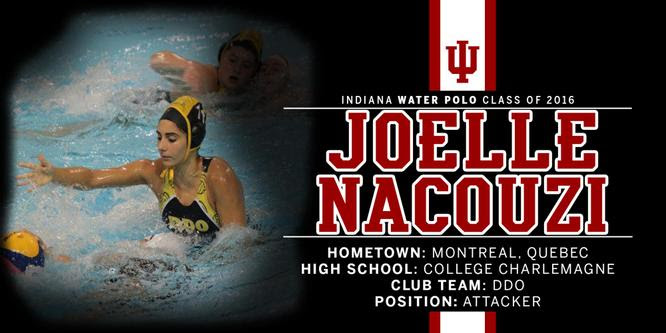 Joelle Nacouzi, Indiana’s fourth commitment in the 2016 class, will also become the fourth Canadian international player on the Hoosiers’ 2016-17 roster. Along with current Hoosiers Kelly Matthews and Sarah Myers, Nacouzi has cut her teeth at the international level on the Canadian youth squad. Last summer, the trio played a valuable role in Canada’s fourth-place finish at the FINA World Women’s Junior Championships in Volos, Greece.

Matthews, Indiana’s leading goal scorer for the last two seasons, played club water polo with Nacouzi for coach Andrew Robinson at DDO before joining Indiana in the 2014-15 year. The DDO duo, along with Myers, played on the 18U squad that battled to a silver medal at the FINA World Women’s Youth Championships in 2014.

Nacouzi will join a young, highly-skilled attacking corps alongside Myers, breakout freshman Kate Pipkin, and Sarah Young, who has excelled since converting from a center to a front-facing attacker this season. The incoming freshman adds even more depth to a group that will lead Indiana Water Polo into the next few seasons.