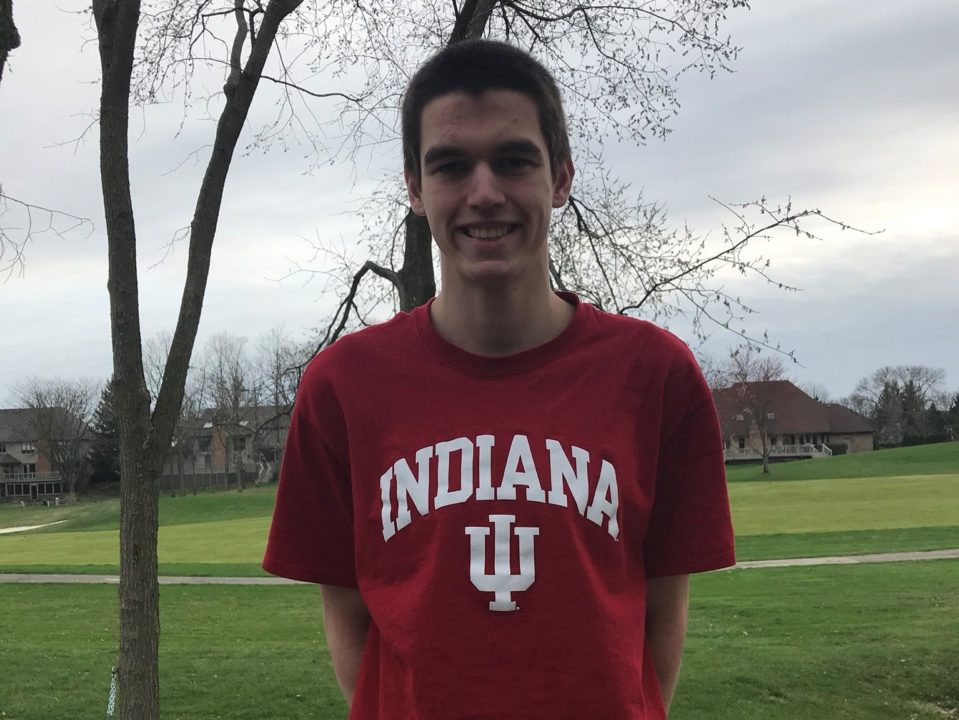 Scott was one of the athletes asked to perform the national anthem during the opening ceremonies of the Final Four NCAA basketball tournament. Archive photo via Max Scott (Twitter)

Indiana University swimmer Max Scott was a member of the ensemble that sang the national anthem at the Final Four game between Baylor and Houston during the men’s 2021 NCAA basketball tournament. Scott represented the Indiana Hoosiers as one student from each of the four host universities for this year’s tournament partook in the affair.

O say can you see! 🇺🇸@maxscott__ + five student-athletes from the Indiana host universities sing the National Anthem at the #FinalFour. pic.twitter.com/LkXZmUSgRw

Reflecting on the opportunity shared that he “was so honoured to be a part of it” and that “being able to do it during COVID where attendance is limited, it’s not lost on [him] how special of an opportunity it was.” He went on to say that he “wasn’t as nervous as [he] thought [he]’d be. It was over and done so quickly, by the time [he] realized [he] was up there, it was over.”

Scott just finished his sophomore year at Indiana, posting season-bests of 21.23 in the 50 freestyle and 48.20 in the 100 free. His career-best times since joining the Hoosiers in 2019 are the following:

Max Scott is currently studying at Indiana’s Jacobs School of Music and represents the only student-athlete in the program. Discussing the decision to ask him to represent the school at the Final Four opening ceremonies, IU Athletics director Lisa Winters said that it was an easy choice. Winters said that they are “very proud of and happy for him, “It is always a good thing when our students get to share some of their many talents beyond the field of competition.” Back in May 2020, Scott was named Indiana’s Scholar-Athlete of the Month.

Scott has a YouTube channel where he shares videos of himself performing covers of songs such a “Someone Else” by LANY and “Chocolate” by The 1975:

Way to go Max! Amazing talent you have!

Congratulations Max! You are such a talented young man!