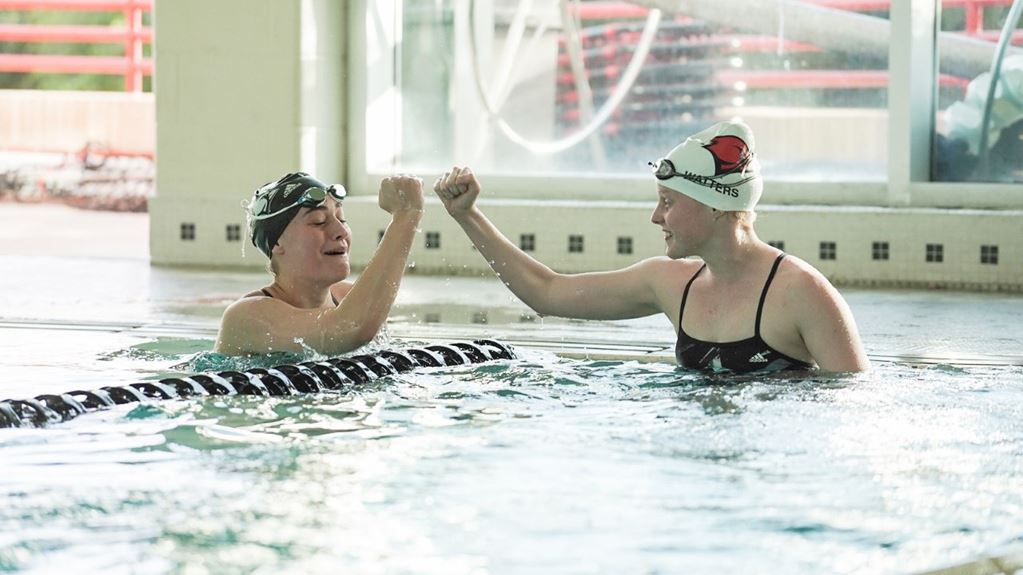 SAN ANTONIO — The University of the Incarnate Word men’s and women’s swimming and diving teams topped the Southwestern University Pirates, 169-80 and 175-77 respectively, after Friday’s home meet.

HOW IT HAPPENED
The meet began with the 200 medley relay, which saw UIW go 1st and 2nd on the men’s and women’s side. Kristen Straszacker, Mariana Ruvalcaba Cruz, Sophie Taylor and Magda Vega took first for the women with a finals time of 1:46.81, while the men’s squad of Fernando Ruvalcaba Cruz, Oleksandr Karpenko, Bryce Kuchan and Robert Anaya topped the heat in a time of 1:34.19.

Karpenko’s performance in the men’s 100 breaststroke highlighted a better time than the last time out, dropping time to finish in 57.12. Teammate Jon Taylor came in right after with a time of 57.78.

Hector Ruvalcaba Cruz soared in the men’s 400 IM to finish first with a finals time of 3:59.97, while Brenda Diaz claimed first for the women as she used Ximena Conde to keep pace to lead her into a 4:26.18 finishing time.

Cardinal men swept all but two slots in the ranks for the 100 butterfly, with senior hector Ruvalcaba Cruz touching first with a time of 50.05. Freshman Annie Kramer got the taste of gold as well on the women’s side in the 100 and 50, earning first with times of 58.50 and 26.25.

F. Ruvalcaba Cruz and Straszacker placed first in the men’s and women’s backstroke after the competition day was in full swing, pushing through to finish in 50.82 and 58.14.

The men’s 500 freestyle saw distance swimmer Sergio Duran come back into the meet day to bust out an impressive 4:39.02. Hannah Rowley for the women’s 500 finished over seven seconds faster than the second place slot to finish in 5:11.08.

200 freestyle relays concluded the meet day, with UIW adding 22 more total points on the day with first-place finishes from the women and men. The women’s relay of Sophie Taylor, M. Ruvalcaba Cruz, Magda Vega and Ximena Conde touched in 1:38.63, while the men’s cadre of Leonardo Sanchez, Garrett Hollcroft, Robert Anaya and Xavier Navarro slated a winning time of 1:26.96.

UP NEXT
The Cardinals men and women travel next for a Nov. 8 faceoff with Texas Christian University. The meet’s start time has yet to be released.

SAN ANTONIO — The Southwestern University Pirates men’s swimming and diving team lost 175-77 in its head-to-head meet with the University of the Incarnate Word.

Sam Anderson earned another Pirates second-place finish in the 100-yard freestyle, scoring a time of 48.30. Keith Gill finished third in the event (49.58).

The Southwestern University Pirates women’s swimming and diving team lost 169-80 in its head-to-head meet with the University of Incarnate Word.

Hartsell broke through for the Pirates in the 100-yard backstroke, swimming a time of 1:08.99 to win the event.

The Pirates will return to action at the Trinity University Tiger Invitational from Thursday, Nov. 21 through Saturday, Nov. 23.