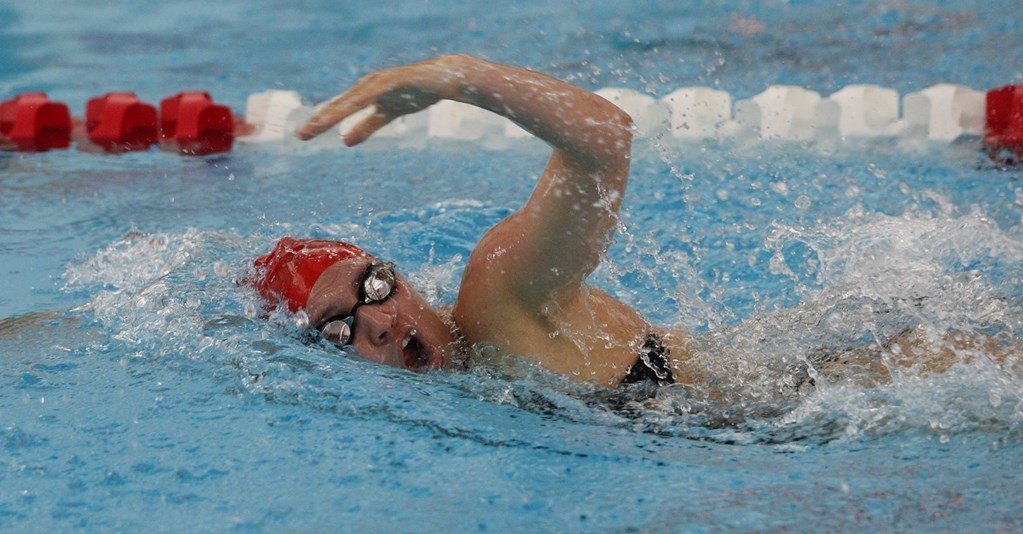 EVANSVILLE, Ind. – The Illinois State swimming and diving team came out on top in a dual meet against Evansville Friday night, beating the Purple Aces 128-114.

“I’m very pleased with how we performed tonight,” said head swimming coach Scott Cameron. “As one of our last few meets, it was a great chance to see our team work on the little details that they have been focusing on the past few weeks.”

“It was a good performance out of the divers today,” said head diving coach Phil Hoffmann. “Coming into a new venue after a long road trip presents challenges, but they performed well. We are looking forward to a great meet tomorrow.”

The Redbird will have a quick turnaround as they host the Washington-St. Louis Bears tomorrow at Horton Pool at 1 p.m. Saturday’s meet will mark the final home contest this season for Redbirds and the seniors, who will be recognized for their achievements prior to the meet.

Fans can receive live updates and more by following @RedbirdSwim on Twitter.

EVANSVILLE, Ind.  –  Swimming and diving will compete at Wyttenbach Pool for the last time this season in a split series this weekend.

The women will host Illinois State on Friday night at 5 p.m., and the men will take on Ball State Saturday afternoon at 2 p.m.

The Aces look to come back after a loss at Saint Louis last Thursday.

Senior Danielle Freeman led the way for the women with two individual wins. She clocked in a 24.28 in the 50 freestyle, then proceeded to record a 58.55 100 butterfly.

The women’s 200 freestyle relay came runner up this evening. Myers, junior Kaylee Gubricky, Gowdy, and sophomore Emma Hennessy teamed up to clock in a 1:28.61.

The diving squad found victory on the boards this evening. Senior Courtney Coverdale took the win on 1-Meter with 281.02 points, nearly 50 points ahead of the runner up. Freshman Natalie Gerard took 3rd with 210.07.

The men swept the 1-Meter competition. Junior Miguel Marcano scored 260.32 points for the win, while Cory Barnes came 2nd with 238.65.

The Aces will take the weekend off before returning to Wyttenbach Pool at the end of the month. The women will take on Illinois State on Friday, January 26th, while the men host Ball State the next day.