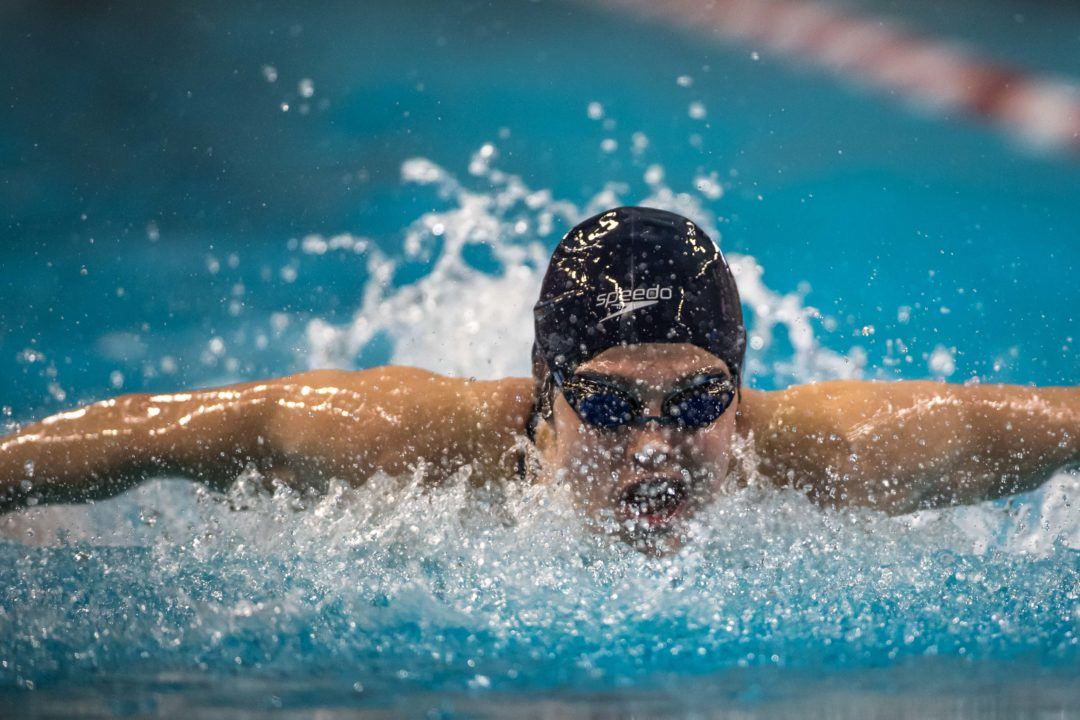 To qualify for the state meet, a swimmer must achieve the state cuts only at the sectional meet. In comparison to other states’ championship meets, only the top 12 score in each event. Thus, a school’s sectional team typically consists of around 12 swimmers, with the top 2 in each individual event at their school being selected.

Taking a look into the sectional results and the state qualifiers, the 2018 edition of the IHSA Girls State meet looks to be very competitive.

At the Stevenson sectional, Makayla Nietzel posted 4 number one times in the state for the athletes with disabilities events. The events offered are the 50 free, 100 free, 200 free and the 100 breast.

At the Metea Valley sectional, the Neuqua Valley girls toppled 3-time defending state champion Rosary 369-340 to snag the sectional title. At that sectional alone, 4 number one times in the state set.

Differing taper strategies are very prominent in this state series, especially in the transition from sectionals to state. Many top-tier swimmers could be seen without a tech suit at sectionals and are just looking to get their state cut, thus placing them low on the state psychs.

The presence of differing resting strategies make the scoring table strictly statistical and not pointing to any set predictions. Looking at the top 10 teams, there are a good number of swims that could shake up the scores.

Callahan Dunn of Lyons Township was a 2-time All-American in the 200 IM (5th place) and 500 free (runner-up) last year. Although she currently ranks outside of the top 12, expect her swims to jump into the top 6. Adding Dunn’s points from last year into Lyons’ final score, Lyons would have a potential 120 points, just 8 points behind St. Charles North.

Another potential shake-up can come from the Plainfield North team. From the psych sheet, Jessica Davis and Kali Franckowiack’s current ranks alone put them at 9th overall . It is also important to note that Plainfield North has qualified all 3 of their relays and their 200 free relay placed 9th last year. Adding a scoring relay in the mix could bump up the team in the ranks.

There are also a number of dark-horse threats that made a statement last year and are looking to do the same this year. Glenbard West, Hinsdale Central, Oak Park- River Forest (O.P.R.F.), and Stevenson have also qualified all 3 relays to state and already have at least one relay in a top 12 position.

Each school also has swimmers that could ghost away points from a top-tier school and even put their team into contention. Stevenson’s Ashley Carollo is currently top seed in the 100 back and Hinsdale Central’s Anna Gruvberger is ranked fifth in the 100 fly. Both swimmers were All-American last year in those respective events and could be major assets into bumping up their relays to a scoring position.

What more shake-ups will come about at this year’s IHSA girls state finals?

The meet takes place November 16-17 at Evanston High School. Prelims begin on Friday at 3:30 pm CST, finals begin on Saturday at 11:00 am CST.