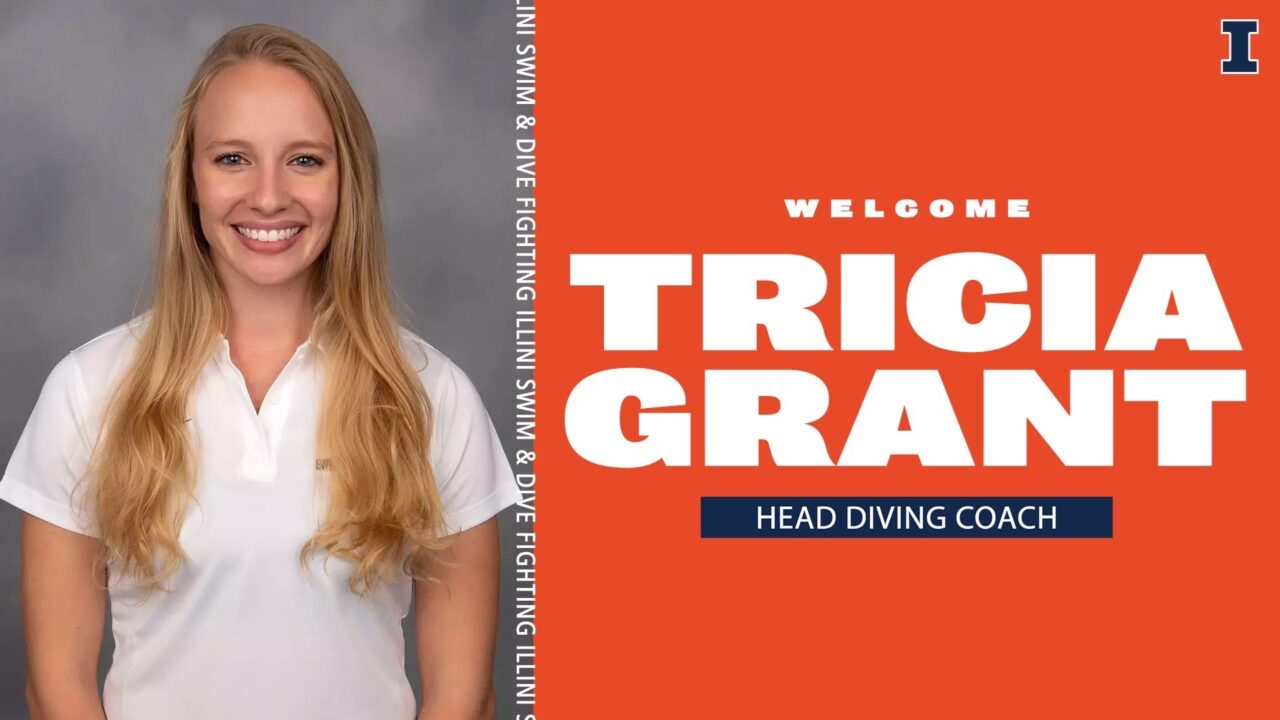 The University of Illinois has announced the addition of head diving coach Tricia Grant to the swimming and diving coaching staff.

Grant spoke of her hiring saying, “I am thrilled to be joining the Fighting Illini in their mission to compete on the national stage.” Grant continued saying, “I would like to especially thank head coach Rickey Perkins at BGSU for allowing me to be who I am and nurturing my success in the MAC. After an incredible run with my dedicated athletes at BGSU, I am looking forward to starting a new chapter in Illinois. I could tell from our first conversation that Coach Kempe shared and supported my vision for the Illinois diving team. I am excited to work alongside her to bring this prestigious academic institution closer to a Big Ten Conference Championship title.”

Grant arrives at Illinois after spending the last five seasons at Bowling Green State University (BGSU). In her time at BGSU, she had two divers qualify for Women’s NCAAs as well as five Mid-American Conference (MAC) titles on the one-meter event. She also coached four MAC titles in the three-meter event.

Prior to arriving at BGSU, Grant spent time coaching Oakland Legacy Diving at Oakland University. She graduated from Oakland University in 2015 with a degree in health science. She went on to earn her Master of Business Administration (MBA) from BGSU in 2019.

During her junior year she became the first diver in Horizon League history to qualify for the NCAA Championships after Oakland moved from the Summit to the Horizon League. She won seven conference titles out of eight possible in her career.

Grant arrives at Illinois that is under new head coach Jeana Kempe who was hired as the head swimming and diving coach at the end of April 2022. Kempe spoke of the hiring of Grant saying “I am incredibly excited that Tricia will be joining our staff.” Kempe continued saying, “She stuck out immensely in the interview process. Tricia is very driven and motivated; you can tell with the diving performances she led at Bowling Green. Her passion for diving has led her to success not only as an athlete, but coach as well. She coaches the athlete as whole with high expectations and ambitious goals, but she is also devoted and supporting of them.”

At the 2022 Big Ten Championships, the Fighting Illini finished 11th out of 12 teams. Taylor Shegos finished 17th in the 1 meter scoring nine points. That was all of the school’s diving points. Shegos just finished up her senior year at Illinois.