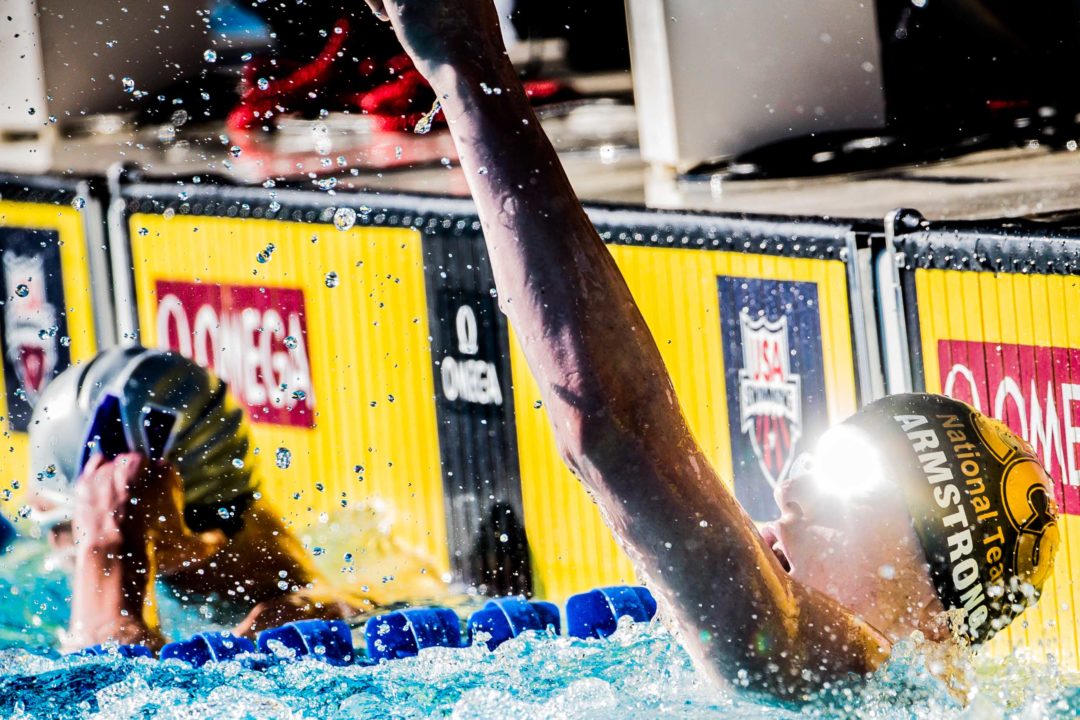 Ryan Murphy holds the 17-18 national age group record at 53.38, but Amstrong’s massive time drop over the last two weeks leaves him tied with Drew Kibler at No. 15 in the age group’s history.

Armstrong, a West Virginia commit who won the 100 free earlier in the meet, was also slated out of prelims Friday to swim in C-final of the 200 free but scratched out to focus as the top seed in the 100 back. He was seeded 82nd heading into the meet in the 200 with a 1:55.62 and dropped 2.36 seconds.

Could he have made the world junior roster with this time?