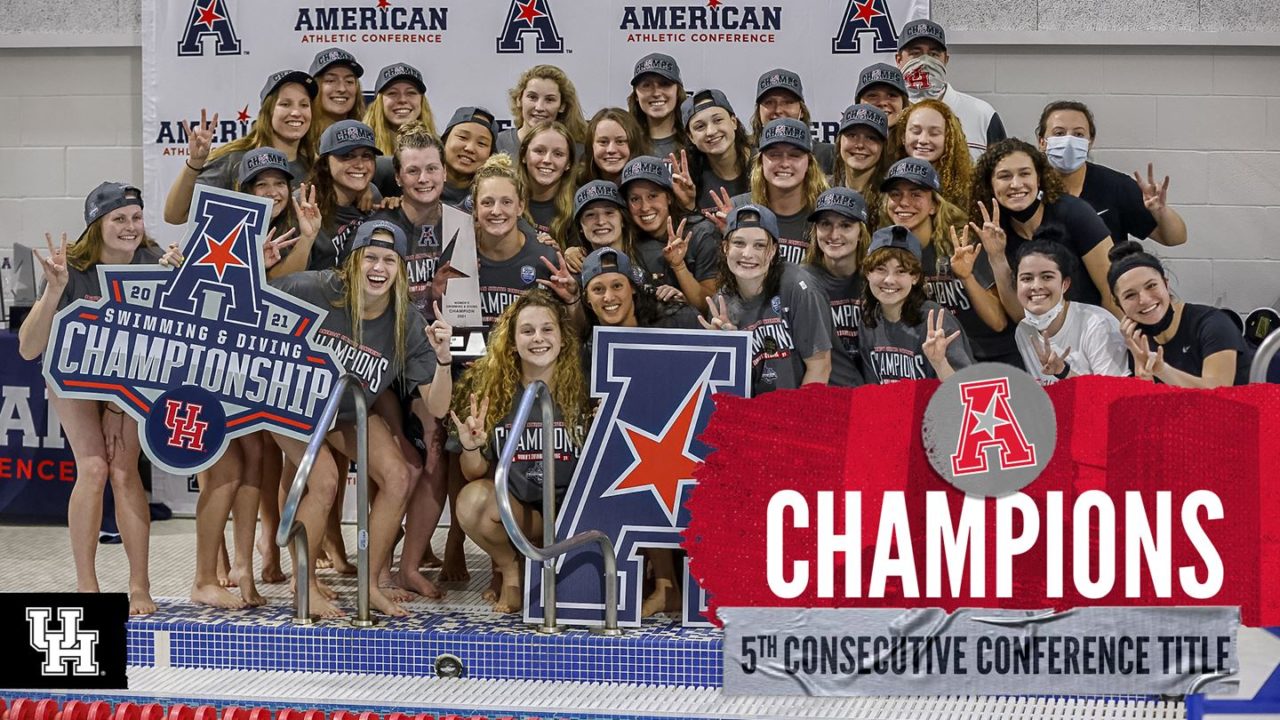 Houston’s Mykenzie Leehy won another event this week, taking the 100 free with a season best 48.61. The swim currently ranks Leehy 30th in the NCAA, giving her a better than good chance of earning an NCAA invite in the event. Leehy is also ranked 30th in the 200 free as things currently stand, giving her two realistic chances of earning an NCAA invite.

Leehy was also a member of the winning Houston 400 free relay. Leehy anchored the relay in 48.15, which was the fastest split in the field by over a second. Laura Garcia Marin, Katie Power, and Rachel Hicks were also on the relay, which ultimately finished in 3:18.78.

Cougar teammate Ioanna Sacha also likely earned herself an invite to NCAAs, winning the 200 back with a 1:53.54. Sacha won the race by a whopping 5 seconds, and swam the 22nd-ranked time in the NCAA this season. With roughly 18 more spots to give, and nearly all conference championships that will take place before NCAAs completed, it’s all but certain Sacha will make the cutoff for the 200 back this year. That will give Houston a pair of swimmers at NCAAs this year.

SMU’s Olivia Grossklaus swam a season best 1:57.99 to win the 200 fly, touching first by well over a second. Grossklaus’ time will ultimately put her right outside earning an NCAA invite in the event.

Kate McDonald, Tulane’s star breaststroker, completed her sweep of the breast events this week with a 2:12.50 in the 200 breast. The swim was the fastest in the field by nearly 2.5 seconds, and a fast back half of the race helped her pull away from the field to defend her title in the race.

SMU won the 2021 men’s team title, with only one team to compete against. Caleb Rhodenbaugh, a Mustang senior, broke the WAC Championship record in the 200 breast, and likely earned himself an invite to NCAAs next month. Rhodenbaugh swam a 1:53.98, which currently ranks 19th in the NCAA this season, putting him in excellent position to qualify for NCAAs.

Help is on the way