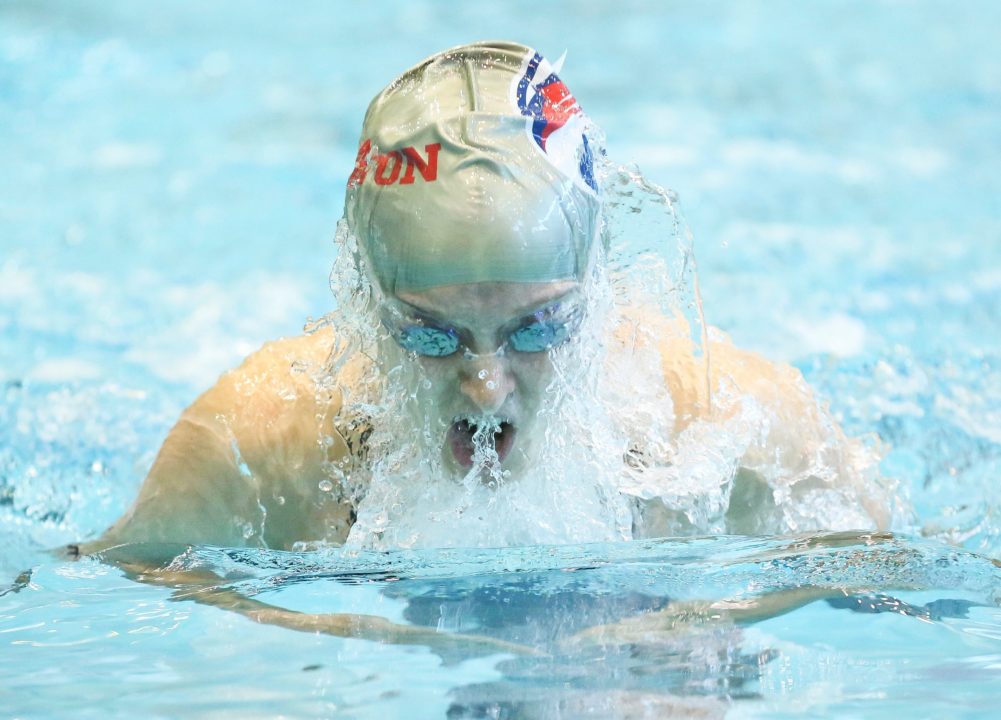 The University of Houston Swimming and Diving team returns to action this weekend to host Rice, Tulane and LSU in quad-meet action on Jan. 31 and Feb. 1, at the CRWC Natatorium. Current photo via Stephen Pinchback / UH Athletics Communications

The University of Houston Swimming and Diving team returns to action this weekend to host Rice, Tulane and LSU in quad-meet action on Jan. 31 and Feb. 1, at the CRWC Natatorium.

This weekend’s meet will also serve as Senior Day for the Cougars. The team will honor its five seniors (Heather Winn, Lizzie Justice, Colleen Donovan, Krystan Morrell and Laykin Lowry) before Saturday’s events get underway.

The two-day meet kicks off on Friday, Jan. 31 at 4:00 p.m. with the diving portion of the contest while the swimming begins at 5 p.m. The meet continues on Saturday at 11:00 a.m. with the Senior Day ceremony leading off the day.

The Cougars are refreshed and ready to return to action after a nearly two-week break from competition since defeating Incarnate Word 166-120 in San Antonio on Jan. 18. Houston won eight individual championships in the victory which brought the team’s dual meet record to 4-3 on the season for first-year head swimming coach Rich Murphy.

The quad-meet will be the final warm up for the Cougars as they wrap up preparation for the inaugural American Athletic Conference Championships in Louisville, Ky., Feb. 19-22.

Houston will have two weeks to prepare before the squad takes a trip to Louisville, Ky. for the second time this season, where the Cougars will compete in the inaugural American Athletic Conference Championships from Feb. 19-22.

This release was provided to SwimSwam courtesy of University of Houston Swimming and Diving.