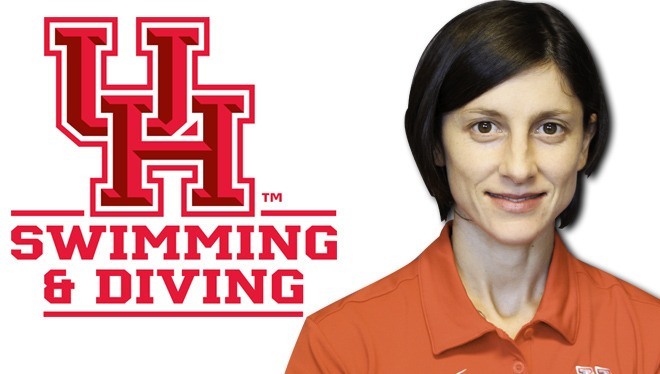 The University of Houston has named Yulia Pakhalina as the full-time head coach of their women’s diving program. That means that they’ve dropped the interim tag that Pakhalina held since Jane Figueroa left to become Tom Daley’s coach at a new Diving center in London.

Pakhalina had a successful first half-season as the Cougars’ head coach after taking over in January. Natasha Burgess was named the AAC’s Outstanding Diver of the Year, and between her, Taylor Olanski, and Danielle Shedd, Houston divers had five all-conference performers.

That included a Coach of the Year honor for Pakhalina, and second-team All-American honors from Olanski on the platform.

Pakhalina had been working with Figueroa as both the varsity assistant and as the coach of the Cougar Diving Club, which is a very high-level diving center based at the University of Houston.

Though she had a successful first season as a coach, Pakhalina still has a lot of work to do before her coaching resume will outshine her resume as an athlete. The former Russian Olympian won a gold medal in the 3-meter synchro event at the 2000 Summer Olympics, a silver in the same at the 2004 Olympics, and silver in both the 3-meter synchro and 3-meter individual events in Bejing in 2008.

She was also named the NCAA Diver of the Year in both 2001 and 2003 and earned 5 career NCAA titles. She holds an important place in the history of this Houston swimming & diving program. In total, the Cougars have four athletes who have been named National Champions. Of those, only two have done so during the NCAA era (which began in the early 80’s): Pakhalina, and Anastasia Pozdniakova, both divers since the turn of the century.

With a world-class facility and three of the last 14 NCAA Diver of the Year honors in their trophy case, this Houston diving program still has the reputation as one of the country’s top collegiate diving programs, and it will be up to Pakhalina to cultivate and enhance that reputation.