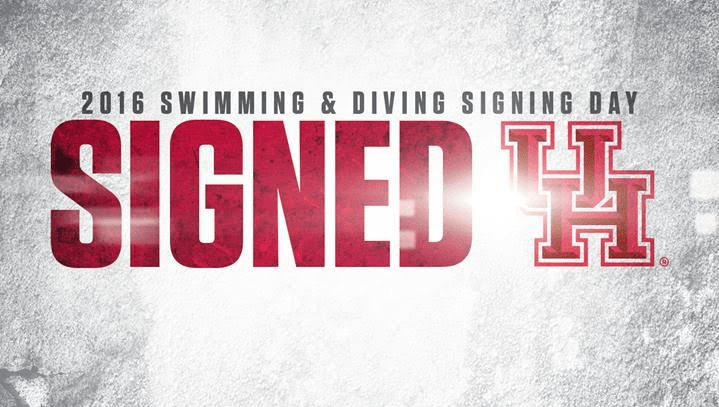 University of Houston Swimming & Diving Head Coach Ryan Wochomurka is proud to announce the addition of 12 newcomers to... Current photo via Houston Athletics

“I am very excited about this group,” Wochomurka said. “Not only did we get some very talented and accomplished swimmers, but we got the right people. All 12 have the ability to immediately make an impact and score points at the conference level, and that is what we need as we pursue championships. However, most impressive is that these young women share the vision we have for the program, and are aligned with our staff for the continued upward trajectory at the conference and national level.

“Putting together such a large and impressive class is a monumental undertaking, and our Recruiting Coordinator Hannah Burandt deserves some major accolades for putting the pieces into place on this group.”

Cox hails from Elgin, Ill., where she swam for the Academy Bullets Swim Club for Todd Capen. Cox was named to the Scholastic All-America Team in 2015 and 2016. She was a NCSA Summer Swimming Championship top-8 finalist in 2015 and 2016. The daughter of Richard and Kathy Cox, she is a National Latin Exam Silver Medalist, member of the English and Science National Honor Societies and an eight-year member of band.

Hoffman is a Houston native attending Westside High School where she is a four-time state champion. The backstroke and IM specialist multiple time All-District, All-Region and All-State finalist. The Westside Wolves team captain has broken various records though out her high school career in the backstroke, IM and relay events. The daughter of Cheryl and Danny Hoffman will graduate in the top two percent of her class and is a member of the National Honor Society.

Lamph hails from Las Vegas, Nev., where she swims for Sandpipers of Nevada. She is a USA Swimming Scholastic All-American from Palo Verde High School. The distance freestyler made US Open Cuts in her 1500 LC Freestyle, Nationals in 800 LC Freestyle, and Junior National cuts in the 400 LC Freestyle.  Lamph is a multisport athlete also competing in cross country. The daughter of Becky and Matthew is a member of the Palo Verde High School 200-yard medley record holding team.

Lloyd comes to Houston from Bolder City, Nev., where she swims for the Desert Storm Swim Club. The backstroke and IM specialist is the 2016 NIAA D1A State Champion in the 200-yard IM and 100-yard backstroke. Lloyd achieved Summer Junior cuts in the 200-meter back and 200-yard back.

Medlin is a member of the YMCA of the Triangle Area Swim Club swimming for head coach Chad Onken. The Cary, N.C., native achieved a National cut in the 200-meter freestyle. The three-time Scholastic All-American was named Green Hope High School’s Swimming MVP. At the 2016 NCHAA 4A State Championships, Medlin finished second in the 200-yard freestyle and third in the 100-yard freestyle.

Rosas comes to Houston from Wheatridge, Colo., where she swam for the Cherry Creek Bruins swim team under the direction of head coach Eric Craven. The butterfly and IM specialist is an All-American and varsity letterwinner. Rosas is the league record holder in the 100-yard breaststroke and champion in the 100- and 200-yard backstroke. The daughter of Kelly Rosas placed second at the Speedo Champions Series in the 200-yard IM.

Trimm, a native of Denver is a three-time Academic All-American and 2016 Monarch Swimmer of the Year. The sprint freestyle and butterfly specialist is a four-time state championship finalist at Monarch High School. She is a member of the Fort Collins Area swim team where she swims for Head Coach Chris Webb. Trimm is a record holder in the 100-yard butterfly and the 4×200 relay. The daughter of Jon and Kerrie Trimm outside the pool is a sign language interpreter and plans to major in bio chemistry.

Tillman hails from Sugar Land, Texas, where she swims for First Colony Swim Team and head coach Peter Wright. The butterfly specialist is a two-time USA swimming scholastic All-American and a three time Academic Excellence award recipient. Tillman holds two records at William P. Clements High School, the 50-meter buttrfly and the 200-yard medley relay. The daughter of Alice and Thomas Tillman plans to major in kinesiology and hopes to go into the medical field to work with athletes.

The Cougars will head to Florida for winter camp training before opening the 2017 portion of their schedule in dual meet action against Incarnate Word on Jan. 10 in San Antonio, Texas.