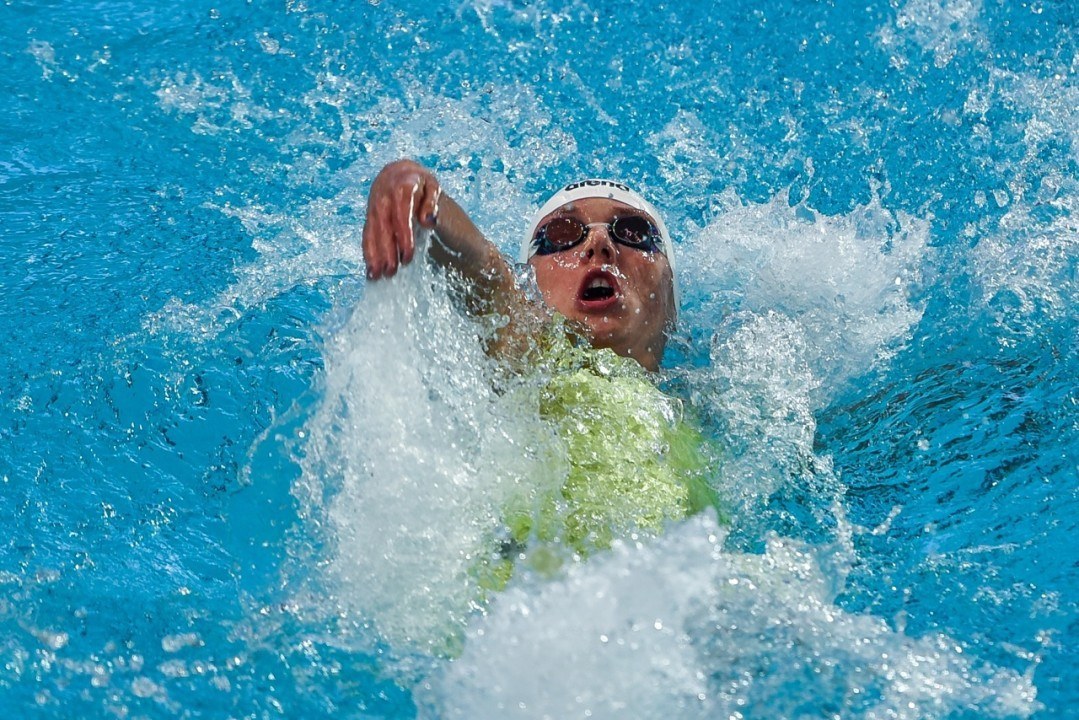 Hosszu started off the competition by taking gold in the women's 800 freestyle, 1500 freestyle, 400 IM and the 50 backstroke... Current photo via Peter Sukenik/www.petersukenik.com

On the first day of the first stop on the FFN Golden Tour Camille Muffat Hungarian Katinka Hosszu put herself securely in the lead for the stage’s top prize of 5,000 euro. Hosszu started off the evening by taking gold in the 800 freestyle, by almost 10 second, hitting the wall in a time of 8:39.89. She followed that up with wins in the 1500 freestyle and 400 IM in the same session.

Lara Grangeon of France finished second in the 800 freestyle in a time of 8:49.65 followed by French teammate Alizee Morel who posted a 8:50.37.

Theodora Drakou of Greece took the silver in the 50 backstroke recording a 28.68 followed by Mathilde Cini of France who grabbed the bronze in a time of 28.86.

Frenchmen Damien Joly and Florent Manaudou were the only two athletes to put up a times that sits in the world’s top five. Joly won the 800 freestyle in a time of 7:56.78 placing him fourth in the world rankings.

Manaudou, who won the 50 butterfly at the World Championships, took the same event today in Nice recording a time of 23.44 which puts him fourth in the world rankings.

He was followed by Frédérick Bousquet who finished in a time of 23.94 and Mehdy Metella who posted a 24.18.

World Champion Camille Laourt of France took the men’s 50 backstroke posting a time of 25.29, seven one-hundredths of a second off his season’s best of 25.22. At last year’s stop in Nice Lacourt recorded a time of 24.89. Ben Stasiulis finished second in a time of 25.74 followed by Andreas Vazaios who hit the wall in a time of 26.04.