A Day In The Life Of An Akron Swimmer (Video) 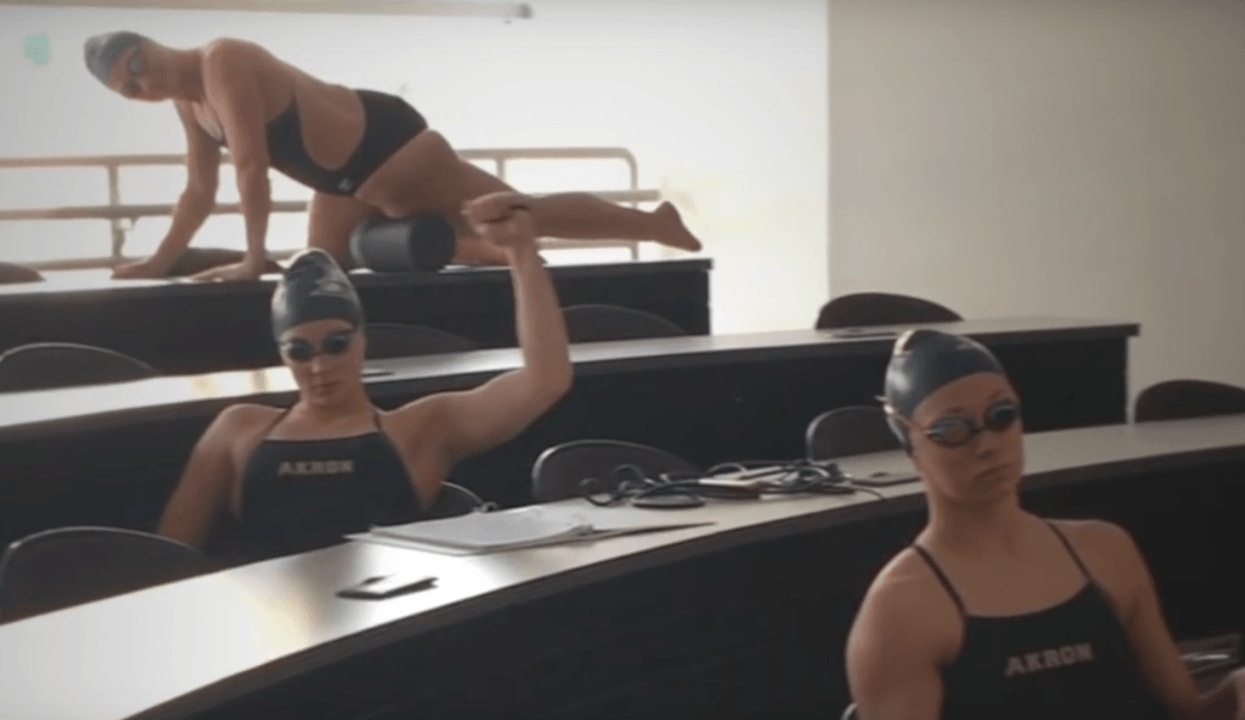 The Akron women are one fierce-looking bunch. Current photo via courtesy of Rachel Aepelbacher

The University of Akron women’s swim team can look pretty fierce, as evidenced by their “A Day in the Life” video. Catch the Zips cruising around campus, goggles on and getting swole.

The Zips will be action in the pool tomorrow, January 23rd, as they host Eastern Michigan at Ocasek Natatorium. Akron Seniors are slated to be recognized, several of whom you’ll recognize from the video.

BP – you have done an amazing job with this team! Go Zips!!!!