Hosszu Steps Away From Federation Contract Over Improper Resourcing 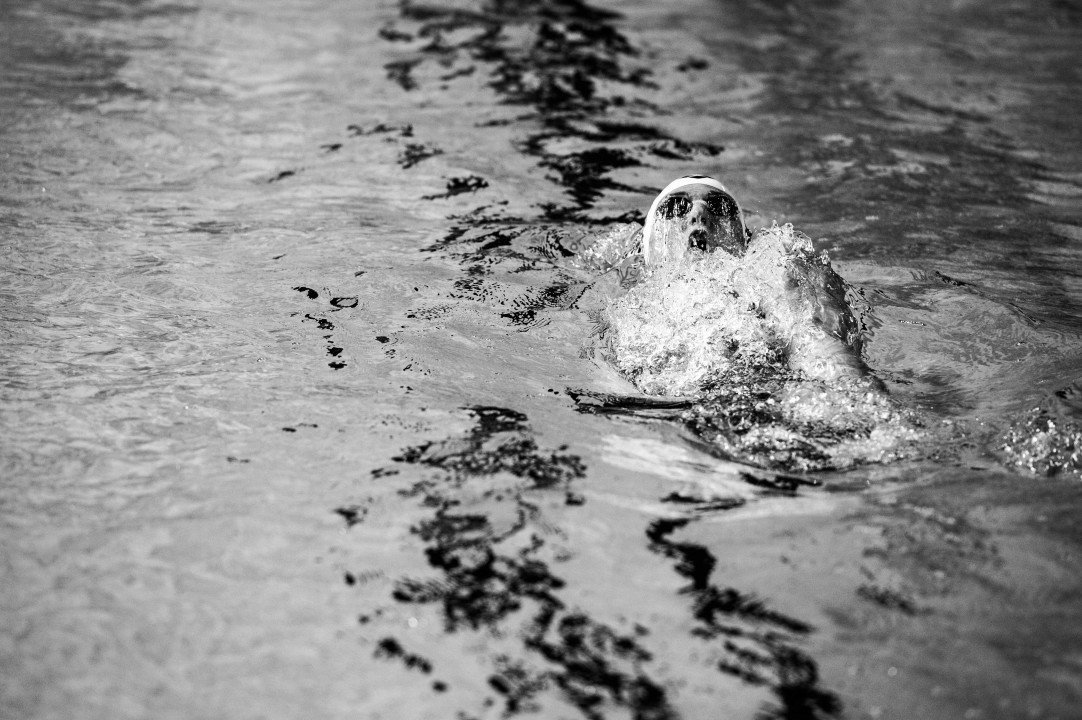 Surkova clocked 25.23, edging out her mark of 25.27 set last November at the Russian SC Championships in Kazan.

After her statements today challenging the current status of Hungarian swimming, Katinka Hosszu‘s stance against the Federation is split on the issue of properly resourcing the body’s finances for the benefit of “all of its employees, partners, sponsors, parents and young children.”

One of the initial claims in Hosszu’s press release this afternoon stated that her earnings of 12 million Hungarian forints, roughly $40,000, are intended to fund her 2016 preparation, but that a stipulation is that she is required to have an active role in promoting the 2017 World Championships. Rather than accepting her compensation and participating in the campaign to sponsor 2017 Worlds, Hosszu says stepped away to bring attention to an issue she believes ought to be rectified. The 11-time World Champion claimed this sum of money does not directly motivate her into swimming faster, but believes it was given to her as a solution from the Hungarian Swimming Federation’s approach to the resourcing issue.

Like any nationally recognized athlete, Hosszu is mindful of the state of her sport in Hungary and is simply advocating for the Federation to understand how it can better serve its athletes. She listed in her press release the president of the Hungarian Swimming Federation, Tamás Gyárfás, as giving a statement regarding Hosszu after the last press conference:  “While I’m [Hosszu] the best swimmer in the world, their federation is not and can not ever be the best in the world, therefore they can’t even be expected to be held up to my expectations.” In response to the Federation’s opinion on not being held to expect standards, Hosszu said that her only demand was “that they stop being complacent with the status quo and they start trying to be better today than they were yesterday and they plan to be better tomorrow than they were today.”

Since her statements have had time to travel, Gyárfás has stated to media channels that he intends of discussing the issue but Hosszu wishes that the conversation wouldn’t have initiated in front of the media to begin with. She’s been training in the Komjádi swimming pool since the 28th of December, a facility adjacent to the Federation’s main office, and is waiting to hear back from Gyárfás, Kiss, and the Hungarian Swimming Federation.

Translated from the Hungarian version by Hosszu’s representatives:

“This is the contract that was in my mailbox within 24 hours of the conclusion of my last press conference. It offered me 12 million Hungarian forints in one large sum by January 10th, if I were to sign it. This amount of money was designed to be for my preparation for 2016, however there was a requirement to promote the 2017 World Championships. Although this support was already earned with my results from last year, I would not have gotten it without signing the contract. So basically, this support has been withheld. This is why I am not signing it.

Let me make this clear. This is a big amount of money, a lot more than the Federation has spent on my preparation in previous years. But I did not ask for money. Cash in my bank account does not directly make me swim faster. But apparently the Federation believed it would be an immediate solution to the threat I represented to their precious status quo and they hoped it would make me sit down and shut up.

What we need is the federation to step up and pull their weight in this partnership, that we have all agreed to be apart of. I’m very disappointed that the conversation I opened up when I stood in front of you two weeks ago has quickly shifted to being about money. I stood here talking to you about needing the necessary resources for developing my training program and advancing the recovery methods that I have at my disposal. I urged for us to use those resources as a stepping stone toward future development of a high performance and sports science departments within the federation, so that my career, knowledge and effort could be used towards the creation of something much more valuable than the original monetary investment. However, I was handed a check for 12 million Hungarian forints.

The problem with this contract, is that they attempted to pay their way out of their responsibilities in this partnership.

Gyárfás Tamás, the head of the Hungarian Swimming Federation was quoted immediately following my press conference saying that, while I’m the best swimmer in the world, their federation is not and can not ever be the best in the world, therefore they can’t even be expected to be held up to my expectations. It is not about living up to my expectations, it is about living up to the responsibilities that the federation has to all of its employees, partners, sponsors, parents and young children. I never asked them to be the best federation in the world. God knows no one is perfect and there are various issues in every federation, but my request, no, my demand was that they stop being complacent with the status quo and they start trying to be better today than they were yesterday and they plan to be better tomorrow than they were today. For three years I received empty promises with no action. I watched Championship meets go by with solid results constantly wondering if that honestly was the best we could have done. I watched swimmers quit after more than 10 years of hard work without ever realizing their full potential. This is absolutely not acceptable to me.

Those people in the top positions in the federation need to be held accountable for bringing something to the table. How many more swimmers need to stand up before we start to evaluate who brings what to the table in this relationship? How many swimmers need to risk everything they have? I’m in a position where I can stand up and manage through the repercussions. Not many other swimmers can. After my last press conference our top swimmers were immediately handed contracts for large sums of money. How can I blame them, for logically choosing to turn down standing next to me in the face of uncertain change, when they have just been offered between 2 and 12 million hungarian forints?

Since my last press conference Tamás Gyárfás has tried to make this issue go away by fulfilling my requests from last August and yet still, even after brought up in the media, the effort, communication and honest understanding how to fulfill these request have been disappointing. They gave me a locker, while I asked for a room where I can do my rehabilition routine. They were going to give me an underwater camera, but I asked for a stroke analyzing software. This attempts show that we completely misunderstand each other. However, those were not the focal point of why I stood in front of you at the last press conference. Those were simply the straws that broke my back and made me to realize that if I need to come before the media to make such simple requests, then what hope does anyone else have in getting what they need? The federation not fulfilling these simple requests of mine is just what opened my eyes to the big picture and the bigger issues that we are facing: the system is not working. They did not make an honest effort to reach out to me to sit down behind closed doors and try to fix the bigger issues we are facing.

In the last two days, first László Kiss the national head coach then Tamás Gyárfás, the head of the Hungarian Swimming Federation stated in the media that they tried to reach out to me and they were open to a conversation. However, Tamás Gyárfás only reached out to me on 28th of December, 6 days after my first press conference. He texted me but he also included a gossip magazine’s reporter in the text. In my opinion if his efforts to solve the problem had been sincere, he wouldn’t have initiated the conversation in front of the media. László Kiss only reached out to me this Monday, an hour before he gave an interview about him not being able to reach me for the past two weeks. Although, I’ve been in Hungary the whole time since my last press conference. I’ve been training in the Komjádi pool, the same building as the federation’s office is located, almost every day since December 28th.

Many people told me not to stand up before you again, because that would be suicide. I can lose more than I could gain. They told me to be selfish, I should only look out for myself. But I stand up for what I believe in. My philosophy is to push for the better. In my mind it is simple, we should try to be better today than we were yesterday.

My goal has not changed. I will leave swimming a better sport than when I started. I will handle this like I handle my swimming. I will not back off, I will not quit, I will not stop pushing the limits until I have accomplished my goal. I love Hungary, I will always represent my country and I will continue my preparation here. I will stand by my opinion, I think we should and could be better. Although, I cannot change a system alone. If no one else belives that we can make a change and we can be better, then I am forced to solely focus on my own preparation, which we started three years ago with my coach and husband, Shane Tusup.”

Perfect timing . I’ve just finished a trilogy on Attila . When I get more info I am putting the players into the Romans Huns Visigoths & Vandal camps. (I’ve already placed Katinka but it’s a secret ) .

At this rate Katinka won’t have a country to represent in Rio. Time for a little humility….point taken

She has enough money to come train in the statesame with a pro team. Why not just do that if the federation won’t pony up.

Somebody didn’t fully read the article before commenting.