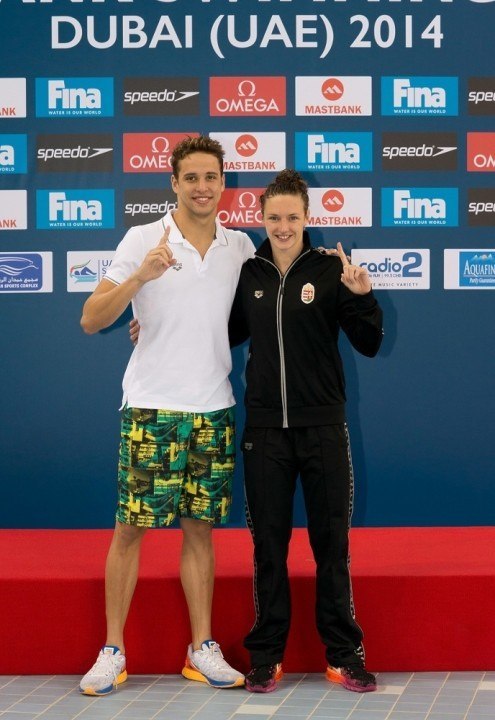 There wasn’t much drama at the top of the points over the second half of the tour, as Hosszu and Le Clos powered away with big leads early on. They capped off their repeat Cup titles with momentum, though, each putting up the highest totals in their respective genders over the final cluster.

Despite not swimming any of the final three meets in the series, American Tom Shields still stuck in the top 3 in series points. Just behind him was Australia’s Thomas Fraser-Holmes, who only swam one meet in the final cluster.

Alia Atkinson and Mireia Belmonte both got hot towards the end of the World Cup circuit, and rode surges of momentum to ultimately tie for third. Atkinson will officially win the tie-breaker, as she had the highest finish in any of the cluster after taking second overall in the third cluster with 162 points.

Helping Atkinson with that big surge was her 24-point bonus for putting up the top overall swim of the Singapore meet. That broke Hosszu’s streak of earning the top performance bonus at all 6 previous World Cup meets. Hosszu, who really seemed to wear down as the series went on, still earned the third bonus.

For the men, le Clos was once again the top performer, and the Gyurta brothers swept the next two point bonuses.

Here’s a quick look at the performance bonuses from Singapore:

Here are the final point standings in each gender: