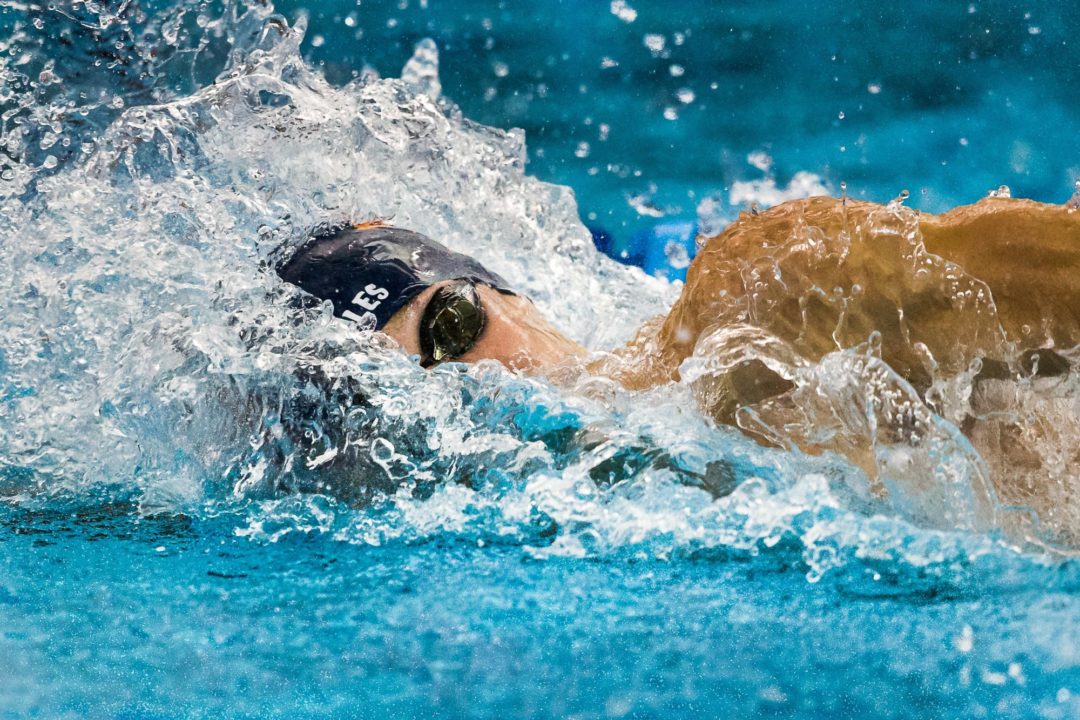 Caeleb Dressel was one of a few Florida Gators testing some off-events at day 2 finals of the team's Last Chance meet. Archive photo via Tim Binning/TheSwimPictures.com

Saturday night finals at the Florida Last Chance meet didn’t see much in the way of new NCAA qualifiers, but did see a couple swimmers already in improve their times in other events.

Georgia Hohmann was the biggest mover, dropping 5 seconds off her season-best in the 400 IM with a 4:10.32. That moves her to somewhere in the late-20s in terms of NCAA ranks.

Hohamann is already solidly into the meet in the 200 backstroke, but this was probably a test swim to see what else the team should enter her in. Hohmann swam the 200 IM and 100 back at SECs, but would be a longshot to score at NCAAs in either unless her times improve drastically. The 400 IM still leaves her a ways out of scoring range, but her rank there is now higher htan either the 200 IM or 100 back.

Meanwhile freshman Caeleb Dressel continued to shine in some off-events. After hitting a nice 1:43 in the 200 IM on day 1, Dressel put together a 1:33.95 in the 200 free on day 2. That’s his lifetime-best by over half a second, and it could put him in the hunt for the team’s 800 free relay, though he’s likely more valuable on the other four relays in addition to his 3 individual events.

Nick Alexiou was the slowest leg on that squad at SECs, and he also swam this last chance meet, finishing behind Dressel in 1:35.51. Alexiou was a bit faster in the morning at a 1:34.45 that should put him in decent shape for an individual NCAA invite.