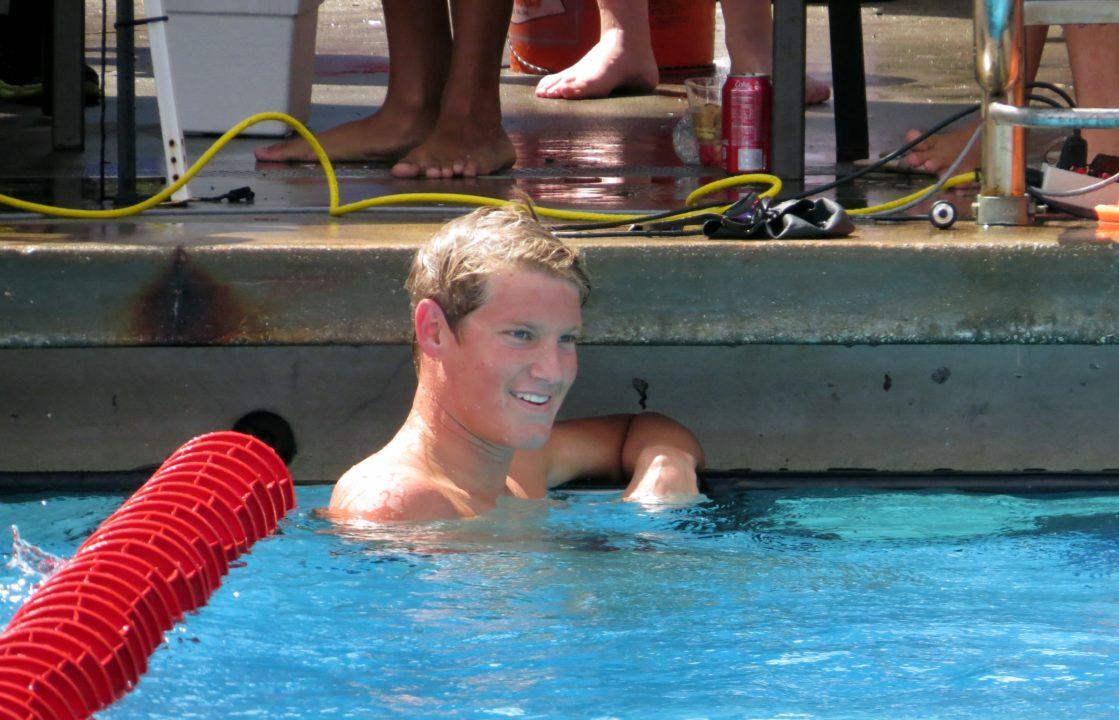 Hayden Curley of Lake Highland Preparatory School and Highlander Aquatic Club has made a verbal commitment to the University of Louisville. Current photo via Mike Curley

Hayden Curley, the youngest of three swimming brothers from Orlando, Florida, has verbally committed to join the University of Louisville’s class of 2022 in the fall.

“I chose the University of Louisville for how welcoming the team was, the environment, the support staff, the available resources and of course the coaching staff. I very much look forward to joining the Cards in 2018. Go C.A.R.D.S!”

Curley is a senior at Lake Highland Preparatory School, where his older brothers Harrison and Mitchell swam before him, and where his father Michael Curley has coached for over 20 years. (The elder Curley is Aquatics Director at Lake Highland Preparatory School, head hoach of both the varsity girls and boys swimming and diving teams, and head hoach of the Highlander Aquatic Club.)

Curley will join the Cards’ class of 2022 with verbal commit Colton Paulson.

Papa Hurley was a proud Hawkeye from the ’80’s!

Congratulations Hayden, may you have the same positive impact on the U of L program that your Dad had on the U of I program.