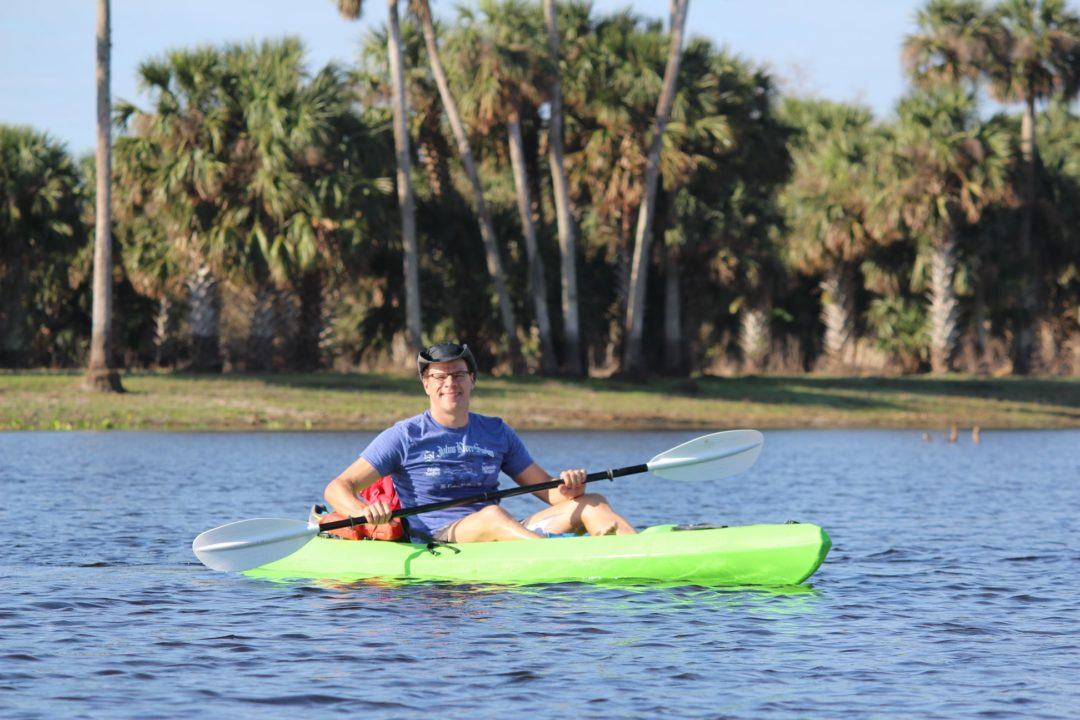 Davis traced the path of a raindrop from his backyard to the Atlantic Ocean to raise awareness for water preservation and management. Current photo via Luther Davis 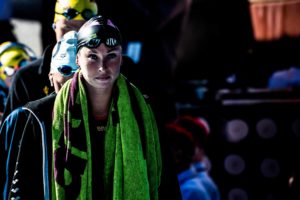 Six years ago, high school physics and astronomy teacher Luther Davis (who quit competitive swimming after he graduated high school and attended the University of Florida) experienced back pain as he trained to run marathons and participate in long-distance cycling events. After his first triathlon, he ruptured a disk, and doctors recommended he stick to swimming.

“So I got back into the pool and I’ve really just concentrated on that,” Davis said. “But all that mental training and endurance components of swimming came from not what I did in high school, but everything that I did during the long distance cycling and running. And so I was able to pick up my stroke again and start doing long distance events.”

The obvious next move was to get into marathon swimming. Davis had his mind set on doing a multiday swim — “maybe along the coast of Florida,” he said. But then he turned to his own backyard, realizing he lives in the St. John’s River Basin. From Marina Island in Lake Monroe, the river runs 164 miles to the Atlantic ocean.

“And then in that process, I learned so much about the river and its unique ecosystem to Florida, how it’s special, that I decided to tailor it with my educational aspects of what I do in the classroom, trying to inspire my students,” Davis said. “So I tried to make it much more than just a swim, but also an educational opportunity for the community, my students, friends, families, swimmers and all that.” 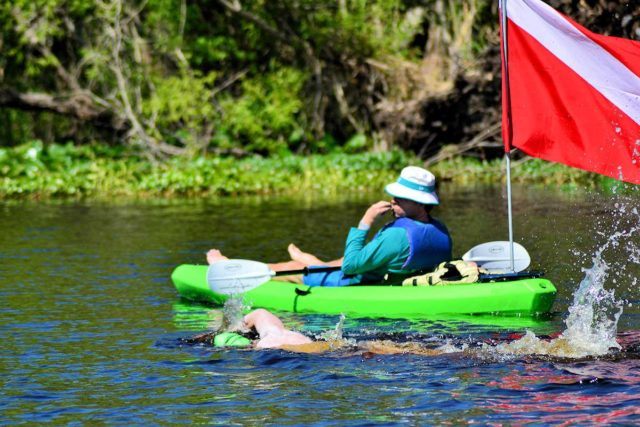 With his swim, Davis intended to trace the path that a raindrop would follow from his backyard to the Atlantic, raising awareness for the river’s health and proper management. He set up a live tracking system so that people could watch his progress from afar. “The decisions that we make affect the river and its ecosystem,” he said. “It’s not just the people that live on the banks of the river, but it’s everyone that lives in that basin.”

From his house, Davis hiked four miles to the Spring Hammock Preserve, then kayaked another 16 to the start of the swim. Each day, a fellow masters swimmer staged his 65-foot boat 20 miles down the river, where Davis and his crew (which included his 13-year-old daughter) would eat, sleep, debrief, and prepare for the next day. At all times in the water, Davis was accompanied by two kayakers and pontoon boat.

Among other duties, the kayakers were watching out for wildlife — including the 38 alligators that spanned the route. “I had log sheets every half an hour that were filled out based upon how I was feeling, the weather conditions, water temp, animals — different things that were encountered along the way and whatnot,” Davis said.  “We also had maps that were color-coded with stickers, kind of keeping track of all that stuff. So that’s how I can say confidently there was 38 gators… Maybe two thirds of those were up on land. And then there was about 10 or so that were in the water.” 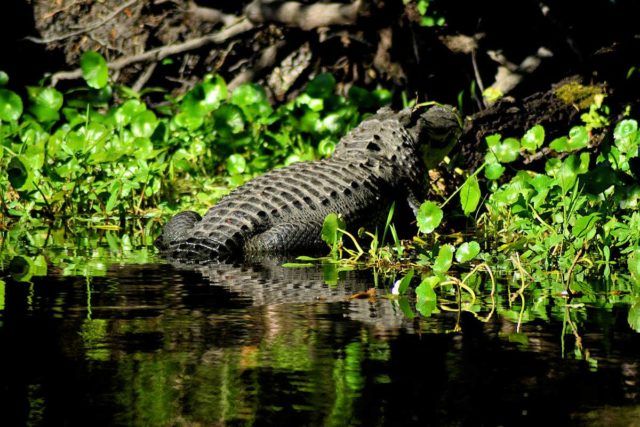 Though there were no casualties, there were a couple close calls: “One day I was swimming and the midst of my stroke with my left hand I felt something,” Davis said. “For the entire 164 miles, I never once saw the bottom of the river and so I couldn’t see what it was but I’ll tell you, it felt like an alligator back. I’ve been trying to talk myself into thinking that maybe it’s just the bark to a log, but it still had something different to it. I did pick up my pace. I got out of there.”

He thinks he may also have encountered a dolphin. Or it could have been a bull shark, “which is kind of a dangerous situation,” Davis said casually.

To prepare for the swim, Davis would do about 4,000 to 4,500 yards at masters practice in the morning, then go to a nearby lake and do an additional 5,000 to 8,000 yards in the afternoon. Then five weeks before the final swim, he got a substitute at work, and spent eight hours a day swimming for four days straight.

“One thing I’ve kind of learned with the endurance stuff is that if you kind of keep a little bit of a push, it kind of forces you to still concentrate on your stroke,” Davis said. “If I had just started relaxing, or done it really casual, you get sloppy, then you get slow, then you get tired, and it’s just kind of like a downward spiral.”

Including volunteers, kayakers, boat captains, friends, and family, Davis said, abut 80 people got firsthand experience on the river that otherwise would not have. Additionally, as news of the swim spread, spectators lined the river to watch Davis go by. One group played the “Just Keep Swimming” song from Finding Nemo as he passed, and another group of strangers put up a sign on a bridge at the halfway point reading “Swim Luther Swim.”

“I felt like I got to know the water, and as I journeyed with it, I almost personified it. It became almost like a friend to me.”

“So when you have all that positive vibes going on, I mean it really, really, did assist with any of the mundane aspects of swimming. There were three days that were over nine hours, but I look back on it and I don’t feel like I was swimming nine hours a day because it was more like an ‘experience’ for nine hours a day,” he said. “It really did bring the uniqueness of event that really assisted with the mental and physical aspects of the hardships that I was enduring.”

Given that he has a background in science, Davis likened himself to “human instrument probe” in the water. “You’ve got saltwater pools, not salt water pools, and all that for 164 miles. I got to taste the water, smell the water, feel the water, see the water, and how it changed over that entire distance,” he said. “I felt like I got to know the water, and as I journeyed with it, I almost personified it. It became almost like a friend to me.”

Overall, Davis wanted people to recognize that with proper management, Floridians can live in harmony with the river system: “In many rivers and in the United States now there’s pollution, there’s fertilizer infiltration, algae blooms. There is water mismanagement in terms of resourcing and bottling and all that stuff. What I was trying to do with this journey in the river to get to know it, so that I’d feel much more comfortable talking about these issues.”

After 164 miles and 11 days in the water, when he finally reached the Atlantic, it was not relief that Davis felt, but excitement “that the journey was just beginning.” In the future, he’d like to do a 24-hour swim, or swim across Tampa Bay, among other marathon open water options.

But the morning after completing the St. John’s River? He went to swim practice, of course.