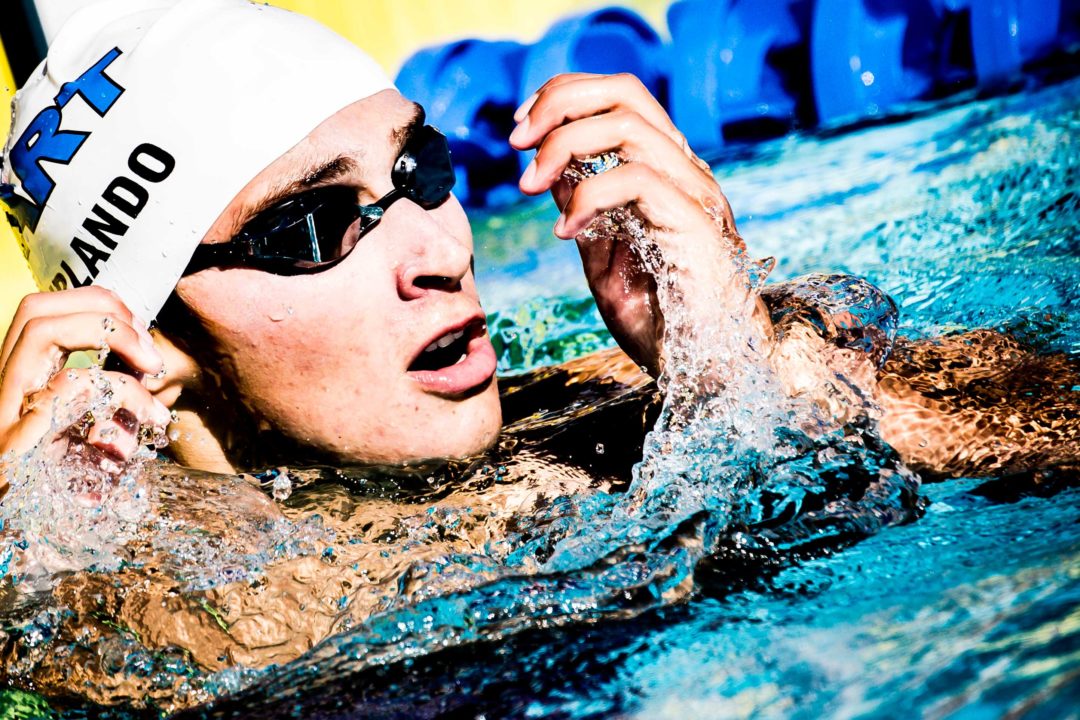 California had a combined 425 high school All-America awards in 2019, dropping to just 13 in 2020 when the state's high school swimming season was canceled. Archive photo via Jack Spitser/Spitser Photography

NISCA (the National Interscholastic Swimming Coaches Association) compiles All-America lists for high school swimming each year. Athletes must hit an automatic All-America time for inclusion, or hit an All-America consideration time and rank within the top 100 submitted times for the year. You can see the full 2020 lists and more data here.

Aggregate numbers by state show that the cancellation of California’s swim season drastically changed the state-by-state dynamics of the list from 2019 numbers. California led all states in 2019 with 213 boys All-America Awards and 212 girls All-America Awards. In 2020, those numbers shrunk to just 8 boys awards and 5 girls awards, which appear to be from a handful of early-season swims before the coronavirus pandemic caused the cancellation of most of the swimming season.

The only other really notable drop in All-America awards from 2019 was the Colorado boys (down from 37 in 2019 to zero in 2020 after the season was canceled).

If high school sports In CA are compressed into shortened seasons in the 2nd semester I see a scenario where positives will ultimately increase and Spring sports could easily be cancelled again. How about sports deemed low risk be given the opportunity to proceed regardless of traditional season? There would be lots to sort out in some cases and virtually no hurdles in others. Food for thought.

Congratulations to all the athletes that did earn this honor!!

Sad that they did not take times from 2019 Winter Junior Nationals and Nationals so California could have proper All American representation. It really diminishes the award by not having everyone included.

This is High School swimming!