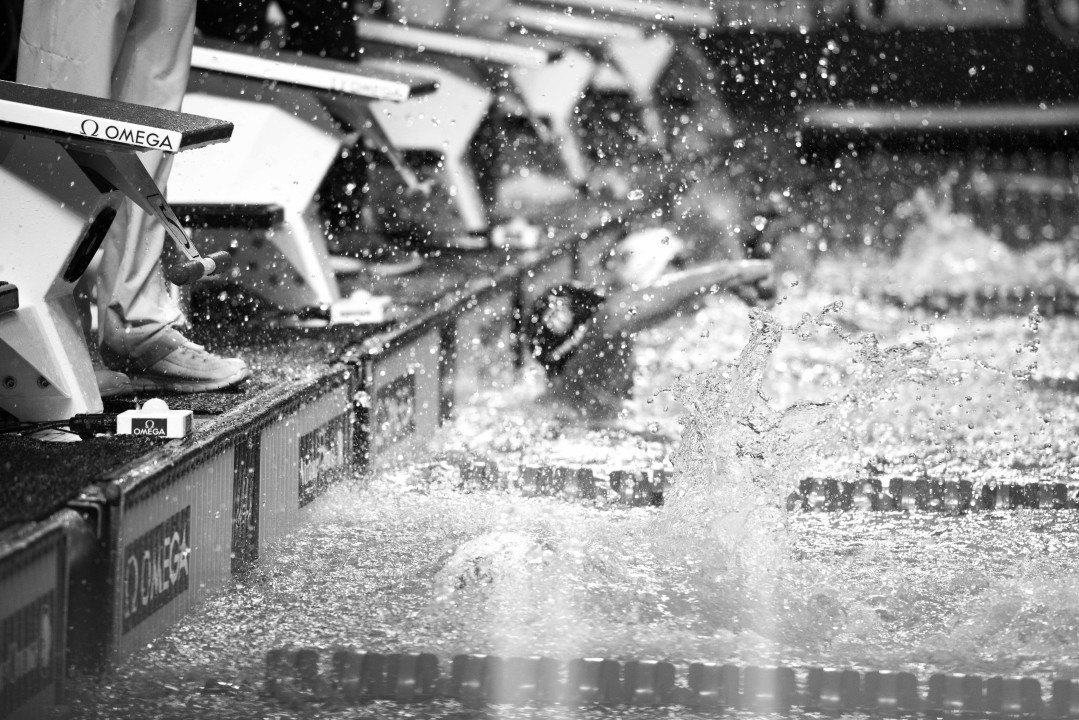 Aliaksandra Herasimenia ﻿broke a Belarusian record and moved to #3 in the world rankings with a 27.40 in the 50 backstroke at the Belarus Open Championships. Stock photo via Mike Lewis/Ola Vista Photography

Aliaksandra Herasimenia broke a Belarusian record and moved to #3 in the world rankings with a 27.40 in the 50 backstroke at the Belarus Open Championships.

Herasimenia’s swim was one of 7 that broke national records as the nation selected its Olympic and European Championship rosters.

Her 50 back took just over a tenth off her previous season-best, which sat #5 in the world before last weekend, and was also the former national record at 27.53.

On the men’s side, Nikita Tsmyg broke a pair of national records, sweeping marks in the 100 and 200 backstrokes.

The men broke both the 4×100 freestyle and 4×100 medley relay marks. In the free relay, Artsion Machekin, Anton Latkin, Victor Staselovich and Yauhen Tsurkin went 3:18.28, a little more than a tenth faster than their time from the 2015 World Championships, which set a national record at the time.

The women’s 4×100 free relay went 3:40.37, getting under a national mark that had stood since the 2012 Olympics. Herasimenya, Julia Sly, Oksana Demidova and Anastasia Koryakovskaya teamed up for that record.

Finally, Staselovich, Demidova, Koryakovskaya and Machekin combined to go 3:34.60 in the 4×100 mixed free relay for one more national record.

The Olympic roster as of now has been announced, headed by Herasimenia, Tsurking and Tsmyg:

*Belarus will only be able to enter two women in to the 50 free, but for now have listed all three swimmers to hit the FINA “A” cut. All three will compete at the European Championships, which may give another chance to sort out which swimmers will compete in the event in Rio.

You can see more results from the meet, including the rosters for the European and Junior European Championships, here.