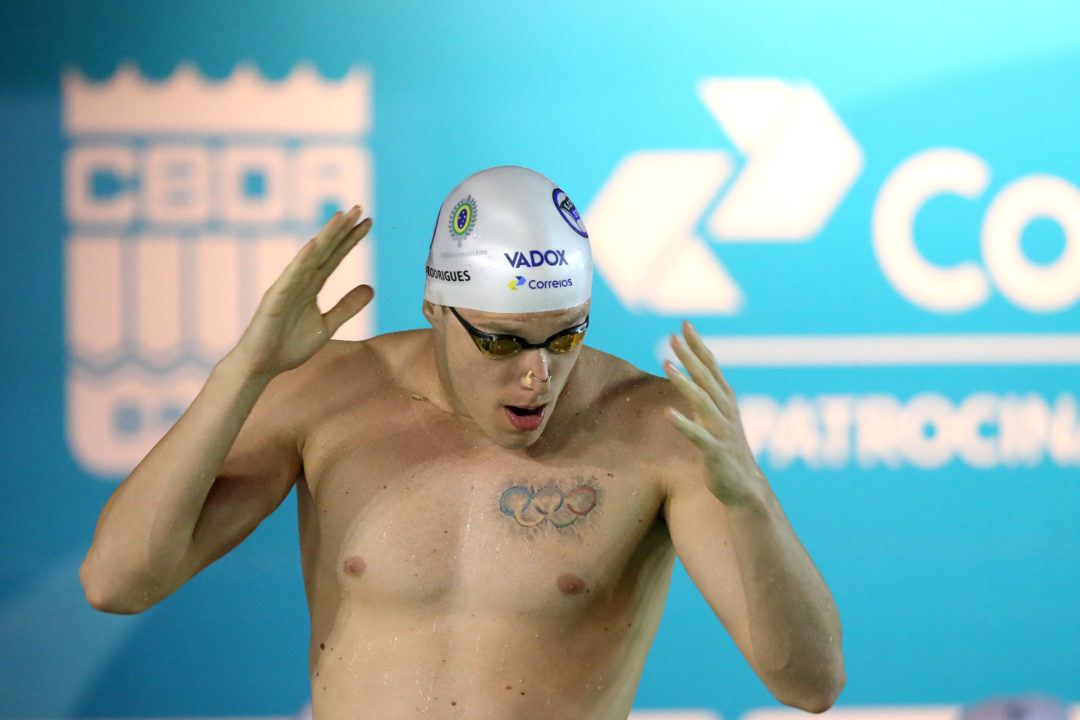 The suspension of 2016 Olympic semi-finalist Henrique Rodrigues has expired after 1 year, meaning he is eligible to return to competition. Rodrigues... Archive photo via Satiro Sodre/SS Press

The suspension of 2016 Olympic semi-finalist Henrique Rodrigues has expired after 1 year, meaning he is eligible to return to competition. Rodrigues was suspended in 2017 after testing positive on March 13th for Clostebol, a weak anabolic androgenic steroid.

The 2018 Maria Lenk Trophy, Brazil’s long course national championship meet, runs from April 30th through May 5th in Rio. That meet is the selection for the 2018 Pan Pac Championship, the 2018 South American Championshis, and the 2018 World Short Course Championships.