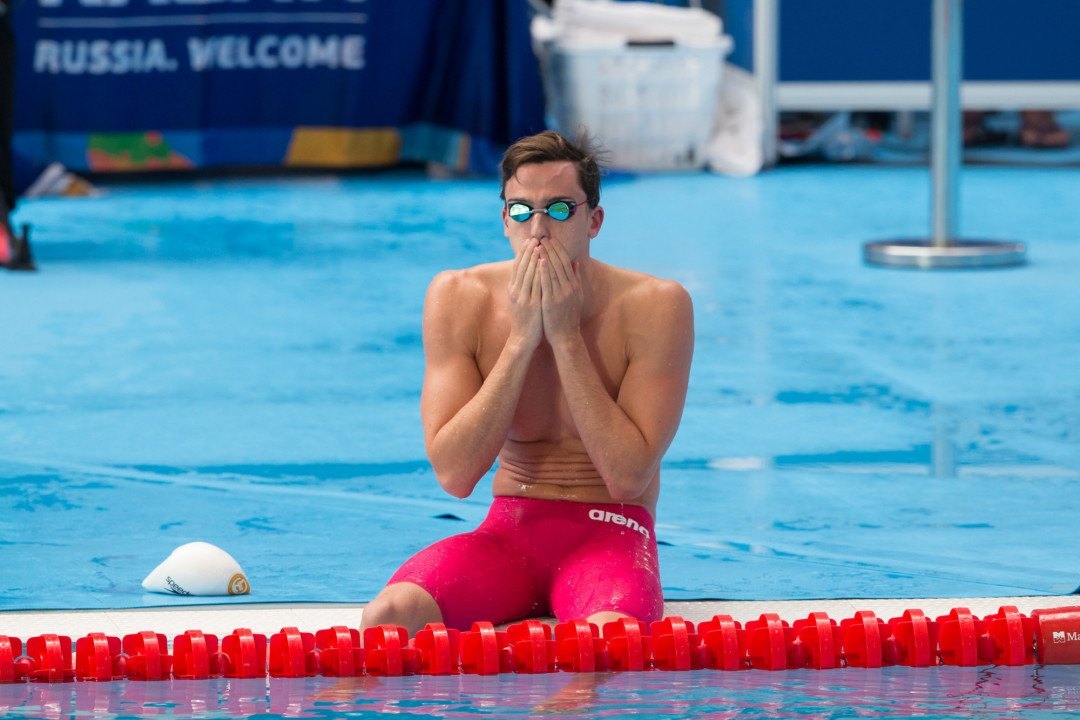 The men’s 4×100 freestyle relay team from France came out on top of the field tonight in London, earning a 2016 European Championships gold medal with a final time of 3:13.48.

Highlighted by a 47.64 2nd leg split by Florent Manaudou, the next fastest split on the squad came in the form of anchorman Clement Mignon, who closed in 48.01.

Of his squad’s performance, Mignon explains in the video that, as is the theme in London during this Olympic year, the French are ‘not as prepared as other teams’ in terms of fitness and where they’re at in training.

Teammate Fabien Gilot also comments that “So we are more than happy as we managed to retain our title and also because we are not here with our best team and this time of the year we are not on the peak of our form. The little plus is that these four swimmers are coming from the same club of Marseille.”

A pedestrian opening leg by William Meynard was saved by French teammate Florent Manaudou, who took things up a notch with his 2nd leg. Meynard led out with a time of 49.67, well off Italy’s Luca Dotto who clocked a sound 48.03 to get his squad moving.

Manaudou unleashed a 47.64, however, to register the 2nd-fastest split of the entire field to give the Frenchmen a surge to the top of the podium.

Belgian anchor Pieter Timmers scorched a split of 47.37 to put his squad within .01 of a second of silver, settling instead for bronze. All eyes will be on Timmers now, to see if the 28-year-old can crank out a good time in the individual 100m freestyle and prove his contendibility in Rio in that event.