Have We Seen the Last of the 12 & Under Tech Suit Era? 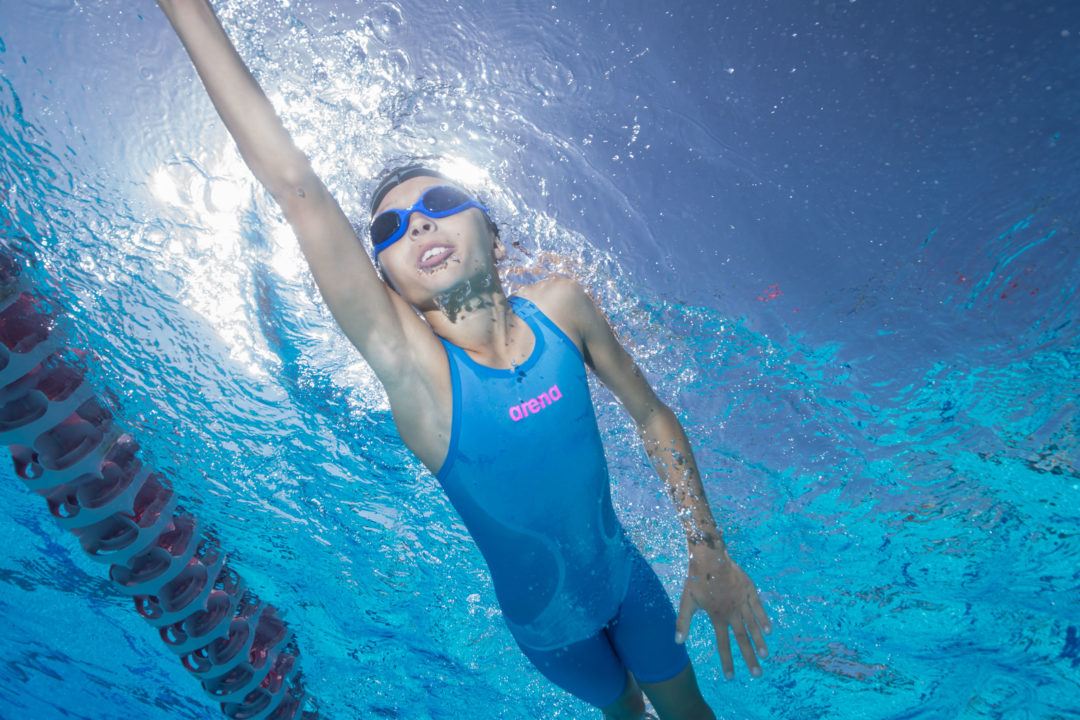 It's looking increasingly likely that competition will not resume in the United States before fall – the suit "ban" is set to start in September. Stock photo via Mike Lewis/Ola Vista Photography

In September 2018, USA Swimming’s House of Delegates passed a “ban” on the use of tech suits by swimmers aged 12 & under at most meets, set to take effect in September 2020. Little did we know, the spring and the final long course season ahead of the new rule would be wiped out by the COVID-19 pandemic.

As we near what would have been the summer swim season, it’s becoming clear that major competition is unlikely to resume in the United States before the fall (although there is a lot of talk about how to run sanctioned virtual meets). Some LSCs have started to cancel major meets as far out as August, and USA Swimming has so far extended its moratorium on sanctioned meets through at least May.

Suits fall under the “technical suit” label if they have bonded or taped seams regardless of fabric or silhouette, or have “woven fabric extending to the knee or mid-thigh” regardless of the type of seams. The ban’s start date was intended to give manufacturers the opportunity to adjust inventories ahead of the change.

The ban does include exceptions for top-tier regional and national championship meets, including Junior Nationals, US Open, National Championships, and Olympic Trials. At those events, athletes are likely to be racing against older swimmers who would not be subjected to the ban – which would put younger swimmers at a disadvantage.

The rule will apply at Sectionals, Futures, the Pro Swim Series, and YMCA Nationals.

In October 2018, SwimSwam asked some major suit manufacturers which of their products would be legal under the ban. The answer, at the time, was that very few existing suits would be legal for 12 & unders at non-excepted meets. A3 has since released a line of racing suits, “NOVA,” that specifically adhere to USA Swimming’s age group standards, and A3 additionally maintained that even with the new ban, suits will continuously evolve in the same way they did following the “super suit” era.

Speaking of the super suit era: 11 of 40 long course world records (and 10 of 48 short course) remain from 2009 or earlier. When it comes to 12 & under national age group records, which get broken relatively frequently, it’s not clear how much impact the suits really have – the ban is more about lowering the cost of entry into the sport than the limiting suit-aided speed.

But for the record: 43 of 66 total long course and 54 of 77 short course 12 & under national age group records were set in the last five years, but handful still remain that are 30-40 years old, as well as others from the early 2000s that will likely still stand for years.

It’s just not that big a deal. Several states started the 12-u ban in September 2019 and records were still getting broken

Get ready for the technology war among suit manufacturers to make the fastest and most expensive “legal” suit. This rule solves absolutely nothing, and just creates new problems.

Good! This should have been implemented years ago. Such a waste to have 10-year olds in tech suits.