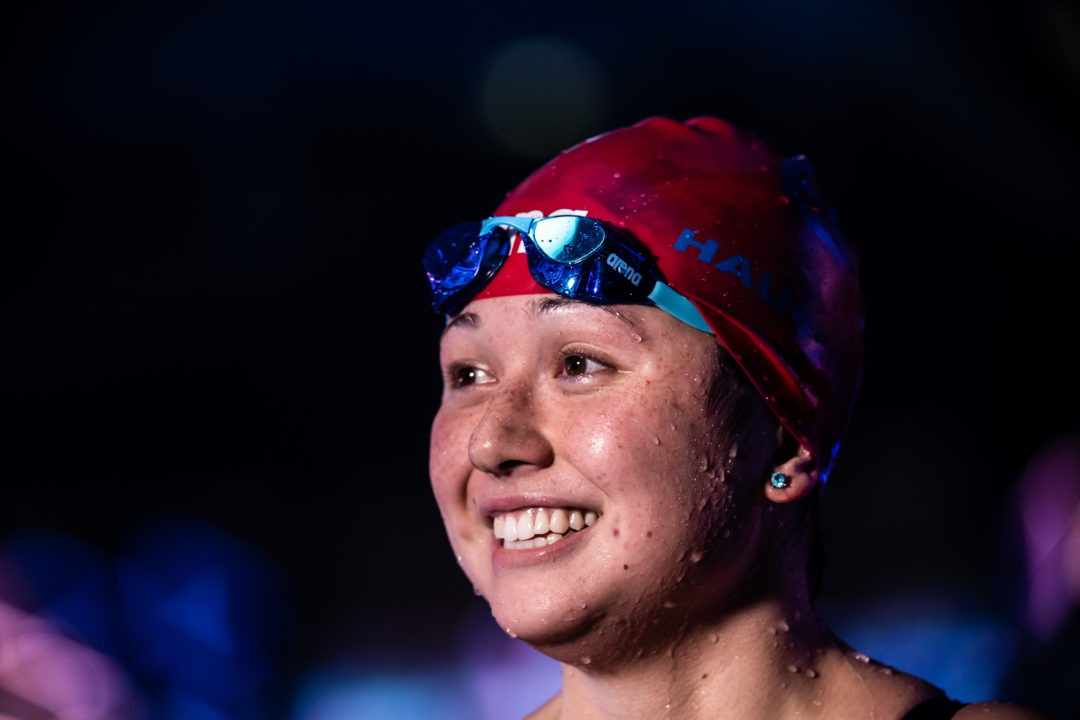 With her 51.00 winning time in the 100 free on the last night of the 2022 FINA World Cup, Siobhan Haughey earned both a US Open record and her second Triple Crown. Haughey won both the 100 and 200 freestyle at all three stops on the World Cup Circuit, earning herself a $10,000 bonus for each sweep.

As for the US Open record, Haughey cut .37 seconds off the mark that Australian sprinting ace Cate Campbell set in 2019. While the time is just off her lifetime best and Asian record of 50.79, it’s a big season best for Haughey. She’s improved in this event at each stop on the circuit. In Berlin, she won in 51.59, then in Toronto in 51.33.

Haughey and Campbell took their races out similarly; however, Haughey made a move on the back half, out-splitting Campbell 26.43 to 26.82.

This time also lowers the fastest time in the world this year, which was previously Haughey’s Toronto swim. She now has over a half-second on Madi Wilson, who holds the second fastest time in 51.54.

Where is she training? With Rick?

Were Aussie SC nationals too early to include in this season’s ranking? Otherwise McKeon 51.03, Wilson 51.40, O’Callaghan 51.50 are missing.

Harris’ PB is creeping down as well. The 4×100 will be fire in December.

The flat start times from trials add up to 0.2 off the WR. I’ll be there for the relay and tbh will be disappointed if they don’t break it

Something will have gone very wrong if they don’t break it.