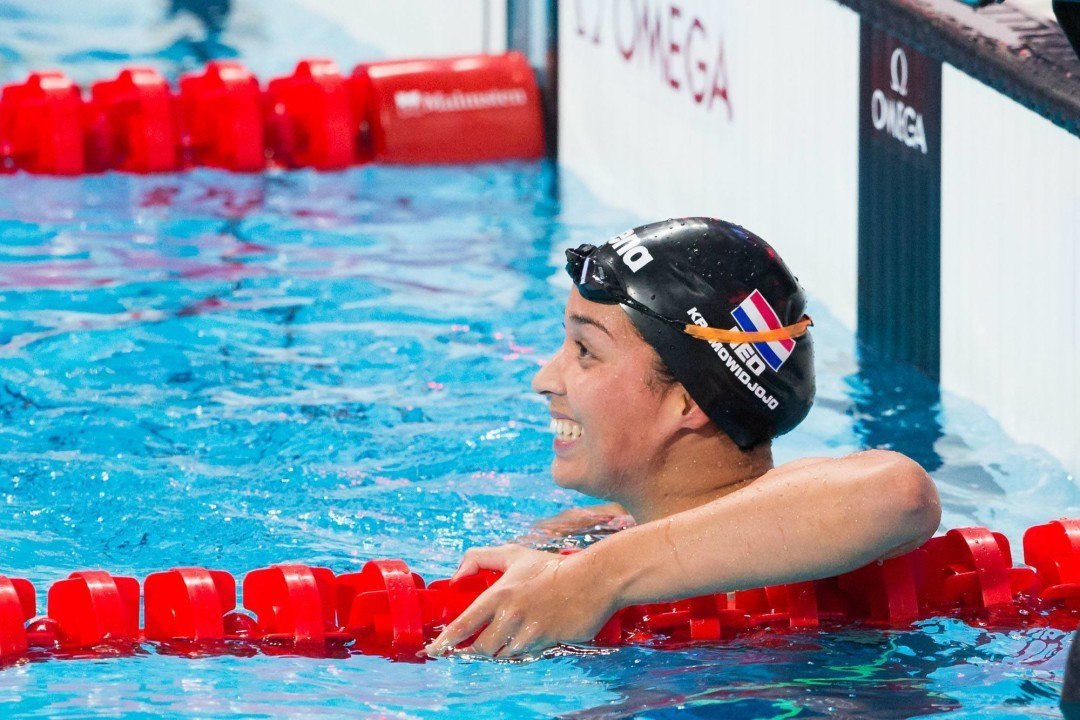 Ranomi Kromowidjojo will be competing in both the 50 freestyle and 50 butterfly this weekend in Hague... Current photo via Tim Binning/TheSwimPictures.com

The third instalment of the Hague Grand Prix will run from Friday, February 26th to Sunday, February 28th. The competition in Hague is part of the KNZB Challenger series which includes:

Finals will be split into two age categories Youth (females born 2000 or later/males born 1998 or later) and Open.

The competition will also be one of five official Paralympic qualifiers for the Dutch team. Mark Faber, the Head Coach of the Dutch Paralympic team is excited about about the opportunity for the country’s best Paralympic swimmers, “The Hague Grand Prix is definitely an added value to the meet calendar for our swimmers. We have been given maximum cooperation to let our athletes excel during the Grand Prix. An excellent venue, top teams competing and a great meet schedule of 3 days with heats and finals. That’s why we have decided to make the Grand Prix one of our 5 qualification meets for Rio 2016.”

Joop Alberda, the Technical Director of KNZB, is excited to see some of the top talent in the country go head to head with some of the strong up and coming athletes, “A perfect ambiance to let the talents of tomorrow meet their current role models. As part of the KNZB Challenger series Dutch top swimmers will join the Grand Prix this year. A good test moment for our swimmers in their preparation for Rio 2016 and an opportunity to meet and watch Olympic swimmers in the Hague.”