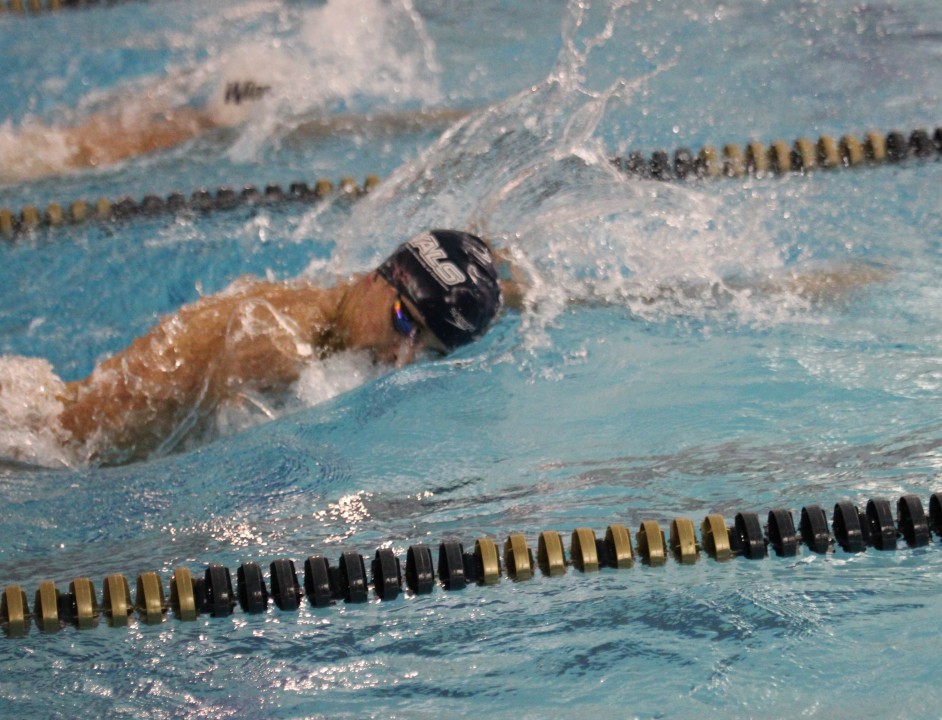 The official psych sheets and invite lists for the 2016 NCAA Division II Championships have been released, and the defending... Archive photo via Queens Sports Information

The official psych sheets and invite lists for the 2016 NCAA Division II Championships have been released, and the defending NCAA Champions from Queens are contenders to repeat with 13 women’s and 10 men’s qualifiers to the meet (including relay-only swimmers).

The division’s historically-dominant program Drury and the best team in the west UCSD also bring 13 women to the meet. On the men’s side, while Queens has the division’s best swimmer Nick Arakelian, Lindenwood actually will take more swimmers to the meet.

Men’s Teams With the most Qualifiers:

Note that Division II swimmers are allowed to enter 5 events pre-meet and can scratch an event up until the start of the prelims session of that day to get down to the maximum allotted 4 events.

The women’s cut-lines were a little more forgiving this year, with 17 or 18 swimmers chosen in each event. That’s as compared to 16 or 17 last year.

The men’s invite lists, meanwhile, got much tougher, with just 12 or 13 invited as compared to 14 or 15 last year.

Nice to see 12 invite for the whole USA ! These people have no idea how to respect swimmer. In all event you will have 12 invite and 15 or more people that are there just because they did the cut in another event. Next time invite just the firs three: you will save time and money.

I am confused as to why the other people are on the list. They are not invited for that event but will they still swim those events? Or will there only be 12 people swimming

If you’re invited to the meet in an event, you can swim any other event that you have an NCAA B cut in. The swimmers below the line are already in the meet and have submitted a B cut time to get in the event.

Its not uncommon for someone that is below the invited line to come back and score points in the event.

Yes, they are invited because they are still there for other events, and they take the place of other swimmer that better time. Well done ! They will be very motivated next year ! Also, it’s easy to score points if all the other faster swimmenr are not there……