Gunnar Bentz Chooses Butterfly Over Breaststroke at US Trials 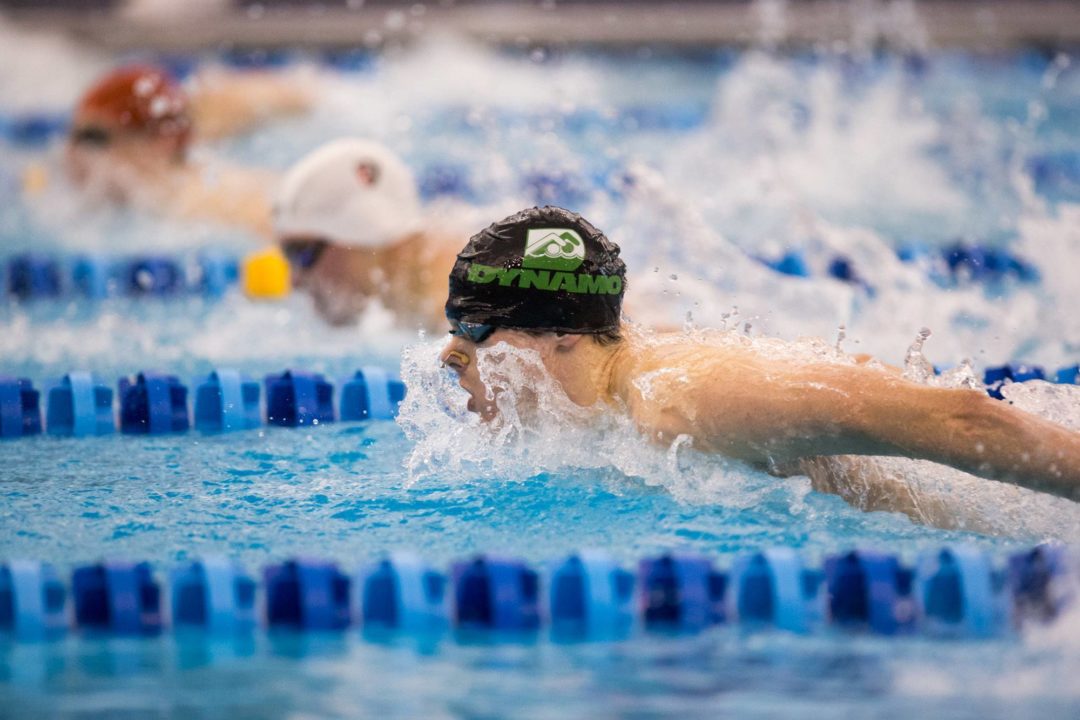 Gunnar Bentz gears up for Omaha, where he's slated to compete in 5 individual events over the course of the 7-day swimming extravaganza. Archive photo via Tim Binning/TheSwimPictures.com

University of Georgia Bulldog Gunnar Bentz will be targeting 5 events at the 2016 Olympic Trials in Omaha which are now just 10 days away. The junior-to-be, who in his youth was primarily a breaststroker to go with his IMs, has embraced his more recent success as a butterflier, selecting those events ahead of the former. He has Trials cuts in both the 100m and 200m distance of both breaststroke and butterfly

Bentz will kick-off his Trials meet with the 400m IM on day one. That’s an event in which the 21-year-old is a finals contender after ranking 5th among Americans in 2015. He’ll follow that up with the 200m freestyle, 200m butterfly, 200m IM, 100m butterfly races over the remainder of the meet, giving Bentz a nice spread of exertion in a possible maximum of 14 splashes across the 7-day affair.

As for the packed schedule, Bentz says it suits him just fine. “I like to swim every day, I don’t like having breaks,” Bentz said. “That’s why I enter in so many events. Those five races all line up perfectly, one a day, five days in a row. I like to do it that way, that’s how I grew up doing it.”

Below is what Bentz’s schedule will look like if he were to make semi-finals and finals in all 5 events:

Based on Bentz’s personal best times, recent performances and where he sits in the national rankings, the 200 butterfly, 200 IM and 400 IM events represent his strongest opportunities to snatch up a U.S. Olympic roster spot.

As a nod to his growing prowess in the 200 fly, Bentz clocked a personal best 200 butterfly time of 1:57.70 last month at the Arena Pro Swim in Indianapolis, positioning him as the 5th-fastest American in the event during the 2015-2016 season.

“He’s good at everything,” Georgia Head Coach Jack Bauerle said. “He looks so much better than a year ago. I don’t know what he’s going to do but I know it’s going to be fast. He is an uncommon athlete and I love coaching him.”

“His butterfly has taken off since he’s been here,” Bauerle said. “He’s turning into a world class butterfly swimmer and that really wasn’t even in the agenda when he got here.”

Interesting – Kalisz, Seliskar, Bentz… all br/fly/IMers who seem to have dropped the individual breaststroke for butterfly. Even Prenot (1:59 this spring) and Licon have dabbled in the fly recently.

My theory? Butterfly is more complementary to the other IM strokes than breaststroke.

Wow. 3 years ago I thought his LCM breaststroke was going to be top 3 for sure at this meet.

http://blog.girlscoutsww.org/2012/08/lynncolella/ Another famous Breaststroker/ Butterflyer that one a silver medal in 1972.

http://blog.girlscoutsww.org/2012/08/lynncolella/ Another famous Breaststroker/ Butterflyer that one a silver medal in 1972.

Same events as the GOAT swam at that age and the fact that breastroke is an option too shows some great versatility.