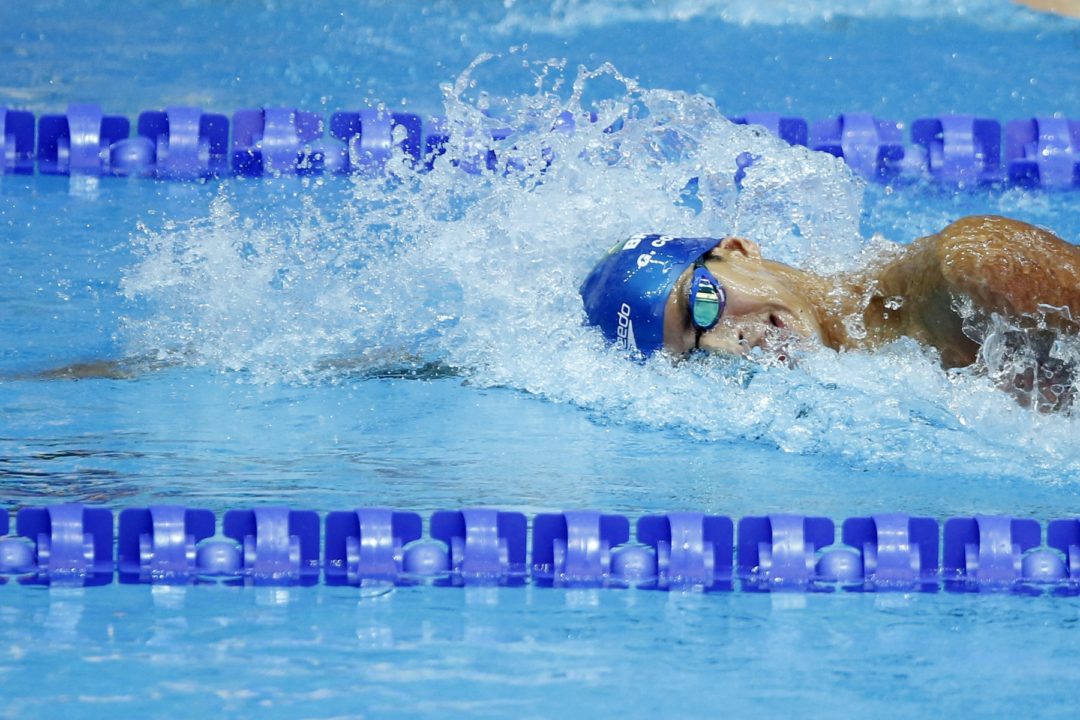 Brazilian swimmer Guilherme Costa has wrapped up a historic U.S. Open Championship meet with a 3rd Brazilian and South American Record. The latest came in the men’s 1500 freestyle, where he won in 14:55.49 – almost 8 seconds better than the runner-up from the United States Jordan Wilimovsky (15:03.29).

Costa came to the meet straight from an altitude training camp at Northern Arizona University in Flagstaff along with a group of Brazilian swimmers from Minas TC.

Known as “Big Dog” among his peers, Costa used an incredible last 500 meters to pull away from Wilimovsky – which was a surprise given that Wilimovsky, who has been the United States’ best in this event, is training primarily for the open water 10km race and should have the endurance to hang with anybody at the end of a 1500 meter race.

And to be clear: this was a pretty good swim by Wilimovsky’s own standards. At in-season meets, his best is usually between 15:01 and 15:05 in this event, including a 15:05.96 at last year’s Winter Nationals.

But this highlights what has been a theme of Costa’s swims so far at this meet. In the 400 free on Friday, where he broke the Brazilian Record in 3:46.57, it was a last 100 meter split of 55.54 that carried him to the mark. In the 800 free, the effect was a little more muted, but still noticeable in the back-half of his race (his front-half/back-half spread was only 1.1 seconds).