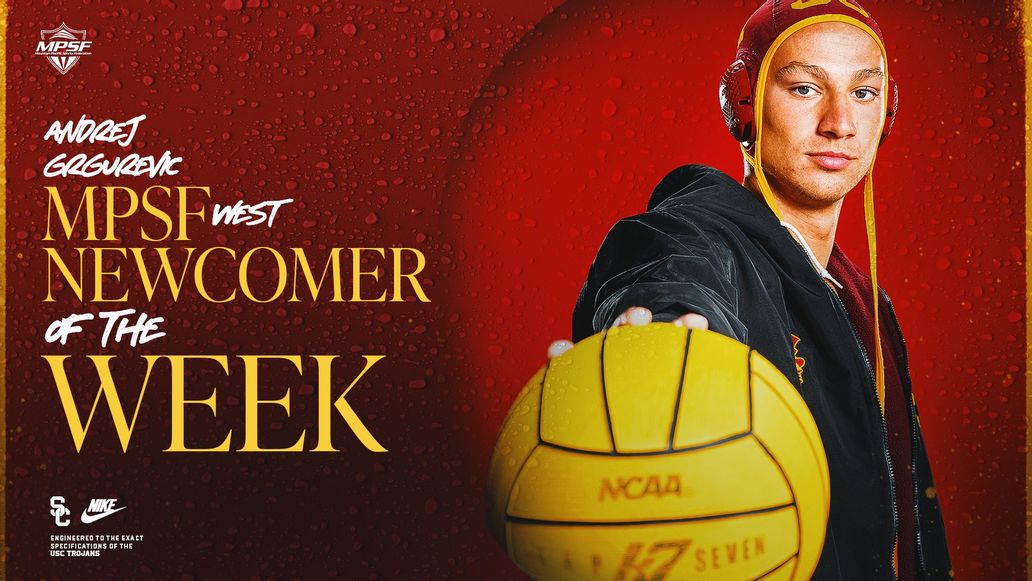 Grgurevic extended his scoring streak to seven straight games while setting a career high for himself with a hat trick in USC's 10-6 win at UC Santa Barbara. Current photo via USC Athletics

USC men’s water polo has secured its fourth consecutive MPSF West Newcomer of the Week award — this one care of true freshman Andrej Grgurevic. His win follows two by grad student Massimo Di Martire and one by redshirt freshman Eric Hubner this season.

Grgurevic extended his scoring streak to seven straight games while setting a career high for himself with a hat trick in USC’s 10-6 comeback win at No. 8 UC Santa Barbara. His back-to-back goals in the third period pulled USC even and then gave the Trojans a lead they would not relinquish. Grgurevic also nabbed five steals and drew an exclusion in the road win. Against No. 9 UC Irvine, Grgurevic earned three exclusions and scored another goal for the Trojans in their 16-10 home win over the Anteaters.

A native of Sydney, Australia, Grgurevic is USC’s top-scoring true freshman this season with 17 goals scored to date.

Grgurevic and the Trojans remain in home waters this week, lined up for a nonconference clash with San José State at 12 p.m. on Saturday (Oct. 8) at Uytengsu Aquatics Center.