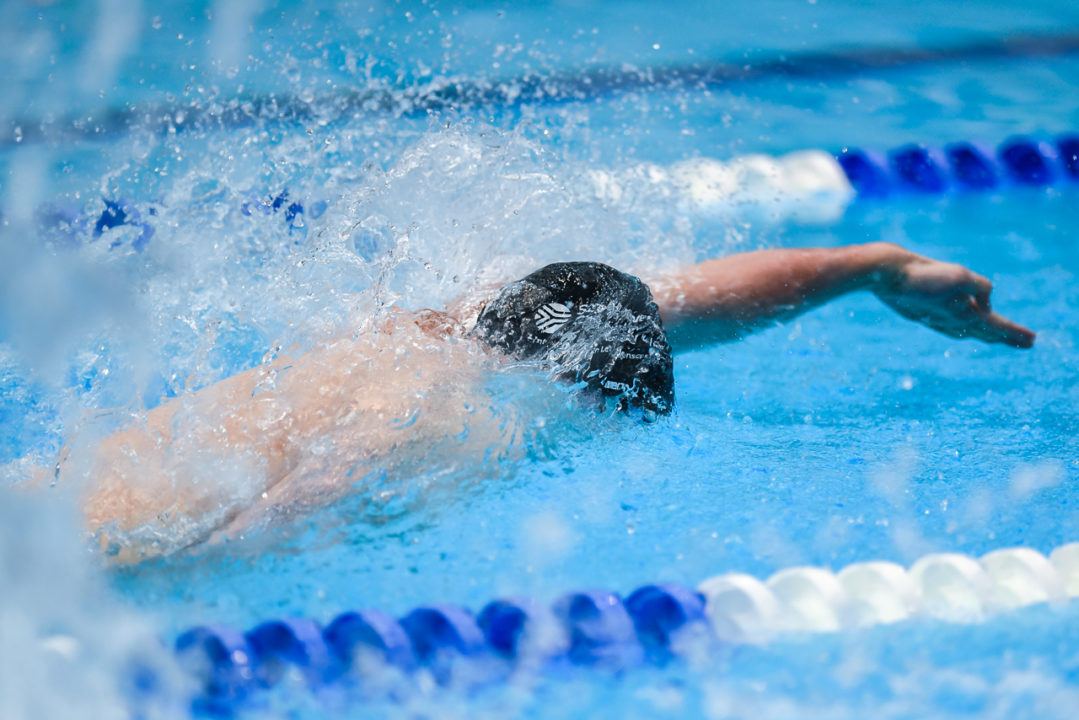 For the first time in 9 years, the Grand Valley State University women won the GLIAC title, toppling Wayne State University who has had a stranglehold on the GLIAC title since 2010.  The GVSU women finished the 4-day competition with 812 points, while Wayne State finished second with 787.5 points and Northern Michigan took third with 555.5 points.

With the team victory head coach Andy Boyce was named GLIAC Women’s Coach of the Year for the 2nd time in his career.  Senior Leonie Van Noort was also honored with the women’s GLIAC Swimmer of the Year award for the second time in her career.  Van Noort claimed the GLIAC title and dropped the GLIAC record by 10 seconds in the mile, winning in an A cut time of 16:40.57, 18 seconds ahead of teammate and 2nd-place finisher Melina Goebel (16:58.64).  The Laker women completed their sweep of the medals in the mile with Megan Shaughnessy‘s 3rd-place finish (17:03.16).  GVSU’s Caroline Brereton placed 6th in the 1650 (17:24.18), which not only contributed to a major point swing for the Lakers, but earned herself a B cut in the process.

The Laker women capped off the meet with a victory in the 400 free relay, their third relay victory of the championships.  The team of Postmus, Melina Goebel, Mercedes Martinez, and Van Noort posted a provisional time of 3:25.83, finishing three-quarters-of-a-second ahead of Wayne State (3:26.55).  In total the GVSU women won nine events at the GLIAC Championships, four of which were won individually by Van Noort.

For the third consecutive year the Grand Valley State men’s swimming and diving team captured the GLIAC Championships with a total of 947.5 points.  Wayne State again finished second with 769 points and Northern Michigan again grabbed third with 722 points.  All in all, the men’s team from GVSU won 10 events and received further recognition when head coach Andy Boyce was named GLIAC Men’s Coach of the Year for the fifth time in his career, and sophomore diver Brad Dalrymple was named the men’s diver of the year after claiming both 1 and 3 meter titles.

The GVSU men also stacked up an impressive number of B cuts–particularly in the 100 free–where Ben Walling and Danny Abbott finished 2nd and 3rd and both slipped under the 100 free B cut with a 43.98 and 44.25, respectively. Gabriel Souza and JD Hamm also nabbed B cuts in the 100 free with times of 44.73 (prelims) and 45.43, respectively.  While GVSU racked up a lot of points in the 100 free, it was freshman Lajos Budai from Northern Michigan who claimed the title with a new meet record time of 43.15. Sophomore Marius Mikalauskas took the 200 breast in dominant fashion, winning with a time of 1:56.44, which also came as a new GLIAC meet and conference record, as well as a new varsity record for GVSU.  The GVSU men ended the meet by setting a new GLIAC record in the 400 free relay with a 2:56.36 with the team of Abbott, Souza,Walling, and Marcel Nagy.