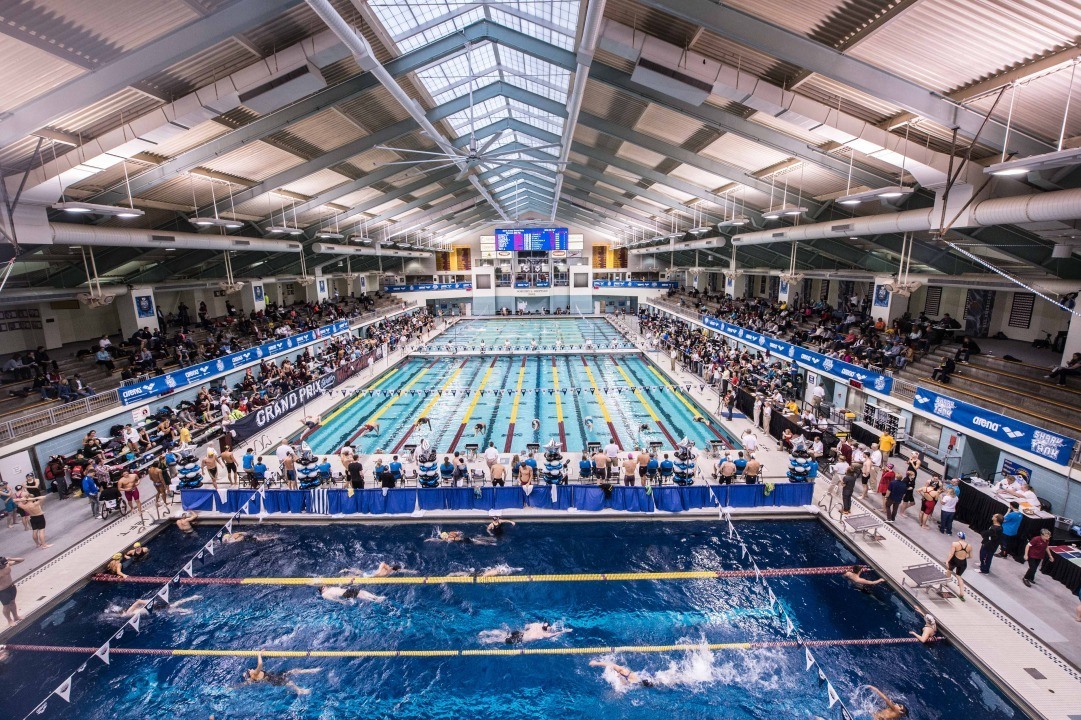 Delta Aquatics’ Grace Cooper has been on a roll this weekend, and she made headlines earlier this week with the fastest time done this year by a 15-year-old in the 100 free. Cooper was 56.38 to win the event in Minneapolis on Thursday, and before this meet, her best time in the 100 free was a 58.87.

Meanwhile, Wisconsin Aquatics’ Jessica Unicomb earned another win this weekend, taking the 200 IM in 2:17.86. She was also the 200 back winner last night, breaking the sectional record in the process. 2nd place went to Missouri State’s Josie Pearson, the 400 IM winner, in 2:19.45. Unicomb’s teammate Joseph Milinovich also touched ahead of a MSU swimmer, going 2:05.64 to edge Phillip Willett (2:05.87) in the men’s 200 IM.

Minnesota got two wins tonight on the men’s side. First, Bowen Becker was the only man sub-23 to take the 50 free in 22.88. Nick Plachinski then won the mile, as he touched at 16:10.82, well ahead of the next-best finisher. Barrington Swim Club’s Magdalena Emary was first to the wall for the women at 17:19.25.