Glinta, Mityukov Among National Record Breakers In Men’s 100 Back Prelims 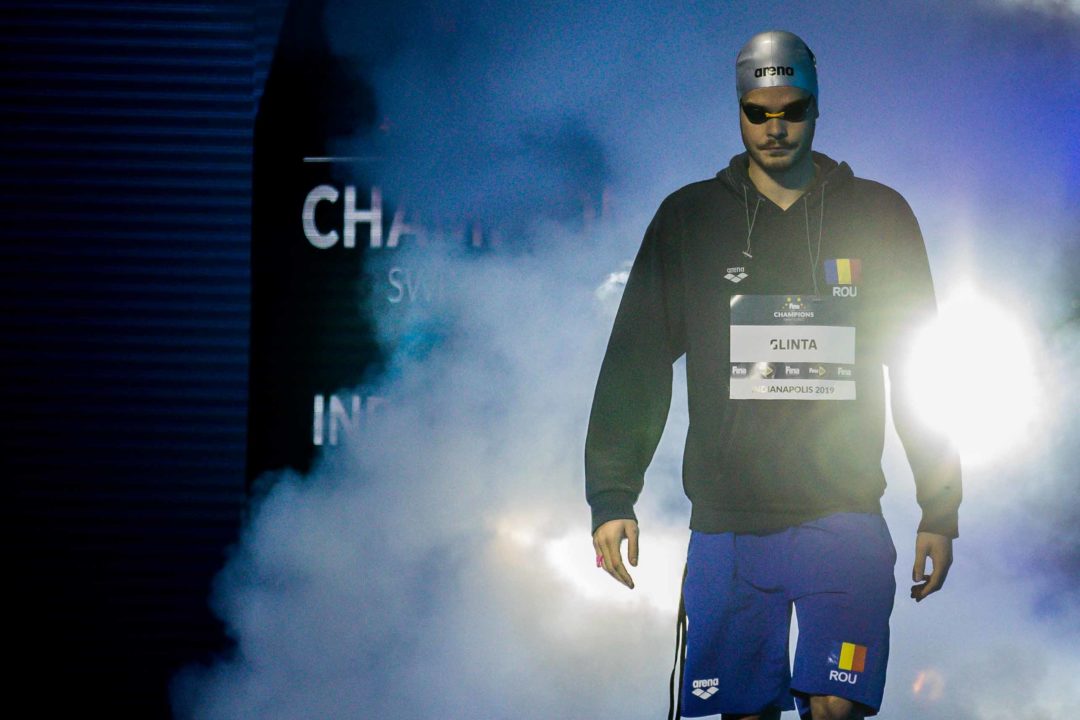 Robert Glinta reset his Romanian Record in a time of 53.32, marking his first best time in the 100 backstroke in three years. Archive photo via Jack Spitser/Spitser Photography

Four National Records went down during the preliminaries of the men’s 100 backstroke on Day 3 of the 2021 European Championships, led by Romanian Robert Glinta in a time of 53.26.

The 24-year-old Glinta crushed a time of 53.26 to qualify third overall for the semi-finals, lowering his previous National Record of 53.32 set at the 2018 Romanian Championships.

A 2016 Olympic finalist in the event, setting what had previously stood as the NR in the semis to get there in 53.34,  Glinta finished fourth in this event at the 2018 Euros (53.81), and is coming off of a second consecutive silver medal in the 50 back on Tuesday.

Glinta’s strong back-half of 27.26 in the prelims, which appears to be his fastest second 50 ever, suggests there’s more in the tank for the semis and final.

Qualifying 10th for the semi-final was Mityukov, who broke 54 seconds for the first time in 53.87 for a new Swiss Record.

Mityukov also broke Switzerland’s National Record in the 100 freestyle earlier in the meet, leading off the men’s 400 free relay in 48.20. He’ll contest the individual final of that event on Wednesday evening, scheduled 11 minutes before his semi-final swim in the 100 back.

No Portuguese man had ever broken 55 seconds in the men’s 100 back coming into today. Now two have.

Both Joao Nogueira Costa and Francisco Rogerio Santos eclipsed the barrier in the prelims at Euros, led by Costa who snags the National Record in 54.70. Santos was not far behind in 54.72, as the two men finish 23rd and 24th overall, respectively.

The previous mark had belonged to Gabriel Lopes, who swam a time of 55.01 at the 2017 Portuguese Championships.

23-year-old Max Mannes downed his newly-minted Luxembourgish Record in the event in a time of 55.83, having set the record less than three weeks ago (May 1) in 56.01.

Mannes has now reset his best time in four consecutive races, first clocking 56.47 and 56.14 at the Swim Open Stockholm in April prior to his two most recent records. Prior to that, his best time stood at 57.18 from January of 2019.