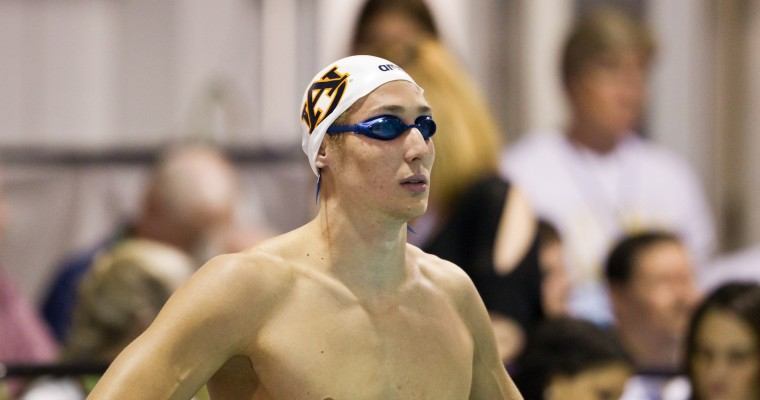 Paul DeLakis won a pair of Big Ten titles in the 200 free and 200 IM in 2021. He will now step away from swimming to pursue a career in optometry.

Two-time South African Olympian Gideon Louw has been promoted to associate head coach for men’s and women’s swimming & diving at the University of Minnesota after spending the last three years as assistant coach. As a former sprint specialist, Louw was primarily working with the sprint freestyle group as well as leading the Golden Gophers’ international recruiting. His new role will expand his coaching, recruiting and administrative responsibilities.

Head coach Kelly Kremer spoke highly of Louw, impressed with what he has done in his time with the team.

“Gideon has done a tremendous job with our student-athletes, and he has embraced Minnesota as his home,” Kremer said. “He is one of the best young teachers and coaches in our sport.”

A big part of Louw’s success with Minnesota has come in the men’s relays, where he’s led a massive turnaround. After sending zero to the NCAA Championships in 2015, they sent four in 2016 and all five this past season. This season the 400 free relay team broke a 12-year-old school record and earned an All-American honorable mention. The 400 medley relay also broke a school record and won their first Big Ten relay medal in four years.

Prior to coaching with Minnesota, Louw served two seasons as a graduate assistant with the Florida State Seminoles, where he provided planning and implementation of workouts and technique work, among other things.

Before he began coaching, Louw competed at both the 2008 and 2012 Olympics for South Africa. In Beijing he was a semi-finalist in the 50 freestyle placing 12th. In London he finished 9th in both the 50 and 100 free, and was also apart of the 5th place finishing 400 free relay. He has three Commonwealth Games medals to his name from 2010.

Collegiately, Louw competed for Auburn in the NCAA. In 2009, he helped them to the team championship as a junior with three national titles in the 200 free, 200 medley and 400 medley relays. He graduated with a degree in exercise science in 2011, and added a master’s degree in exercise physiology in 2014 from Florida State.