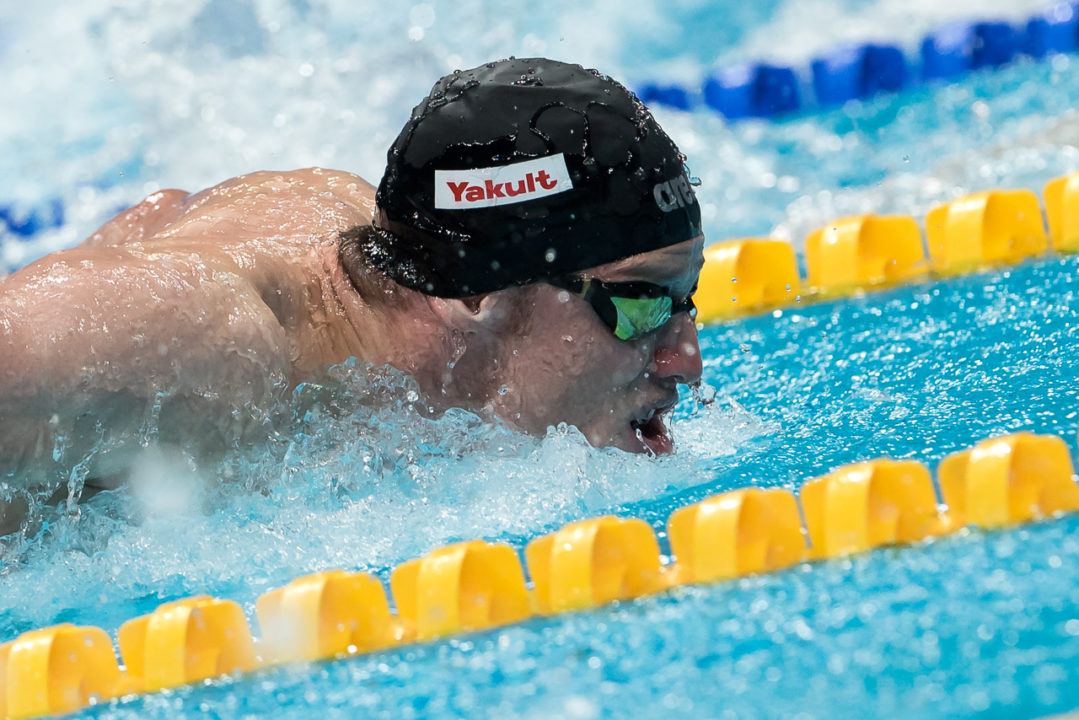 Philip Heintz of Germany threw down the fastest 400m IM time of his career this morning in Stockholm. Archive photo via Peter Sukenik/www.petersukenik.com

Hungary’s Iron Lady Katinka Hosszu took two top seeds while competing on day 3 of the 2019 Swim Open Stockholm. The 29-year-old landed lane 4 in the women’s 200m backstroke, clocking 2:11.10 to hold about a one second advantage over Nadine Laemmler, who touched in 2:12.02 this morning.

Laemmler, who swam for Mizzou stateside in the NCAA, originally announced her retirement in January of last year, but has since made the move back to the pool.

Hosszu’s 2nd top spot came in the 200m IM, where the Hungarian Olympic champion produced an AM effort of 2:10.40 for a meet record and the title of ‘hunted’ heading into tonight’s final. She already scored the 400m IM victory here in her beset time of the season.

Sweden’s mega-weapon Sarah Sjostrom has been on her usual roll here in Stockholm and already put on a show this morning with a 24.25 50m free stunner. She’s already ranked #1 in the world with the 24.11 time she threw down last weekend at the Bergen Swim Festival.

Perhaps the most head-turning swim of the morning came courtesy of German athlete Philip Heintz, who cranked out a monster personal best in the men’s 400m IM. Wasting the field with his prelims time of 4:14.27, Heintz’s time clears his previous career-fastest of 4:16.91 by over 2 seconds. That sub-4:17 effort was clocked at this same meet 2 years ago.

Heintz’s time tonight checks-in as just the 28-year-old’s 4th time under the 4:20 mark, so going all the way down to 4:14-low is huge. He now ranks 7th in the world with the final yet to come.