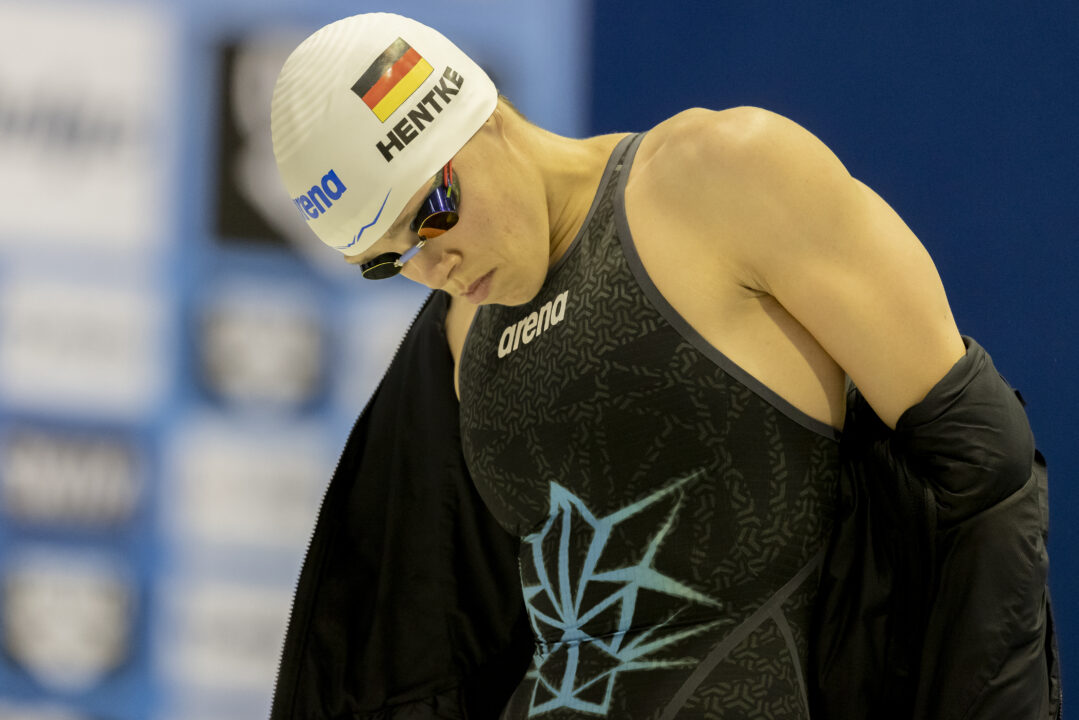 "For 26 years, swimming taught me that will, passion, hard work and ambition pay off in order to be successful," says Germany's Franziska Hentke. Archive photo via JoKleindl

As the closing ceremony of the 2020 Olympics has shut the doors on another remarkable Games experience, we’re starting to see notable retirement announcements begin to trickle in.

The latest comes from Germany, as Franziska Hentke has revealed she will be hanging up her goggles after a storied career.

Reflecting on her accomplishments, Hentke said, “For 26 years, swimming taught me that will, passion, hard work and ambition pay off in order to be successful. I went to my limit every day to get the most out of my body and achieve my goals. Tens of thousands of kilometers in the water, about 2 years of altitude training camp, countless liters of sweat, hardships are now behind me and have paid off.

“My career was marked by a lot of successes, but I also suffered a few defeats. But anyone who knows me knows that giving up was never an option for me and that I kept getting up.

“My last big goal was to be in the final in Tokyo. Even if it wasn’t enough in the end, I’m proud that I was able to stand on the starting block again at my second Olympic Games.

“Today I look back with pride on an intensive, instructive, demanding, but above all a wonderful journey. It was an unbelievably great and unforgettable time, and I wouldn’t want to miss a single minute of it. I was able to experience unique moments, get to know a wide variety of people, travel the world and make friendships for life.

“Now the time has come to end my active career as a swimmer. It was an honor for me!”

One of the few bright spots in German swimming of the past decade before the emergence of Wellbrock and Kohler. Congratulations on a great career!

Danke shoen Franziska. YOu have been a mainstay of the German team for many years. Have always enjoyed watching you swim. Best to you as you embark on a new course in life.