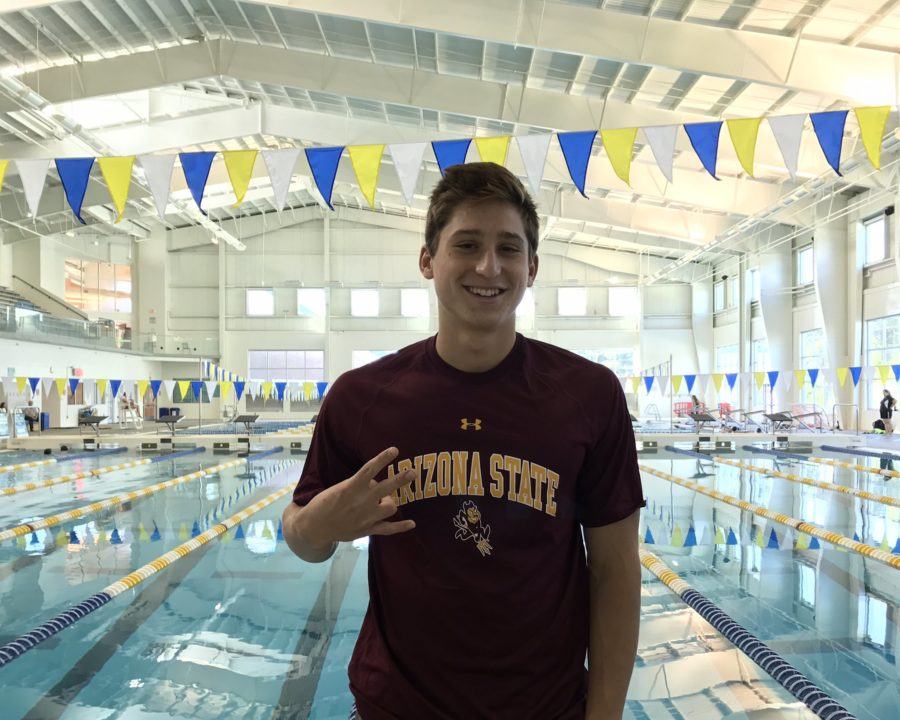 Georgia's Jack Dalmolin will trek across the country next year to train with the Arizona Sun Devils, the most rapidly improving team in college swimming. Current photo via Twitter/@JackDalmolin

Couldn't be any more excited to announce my verbal commitment to swim at Arizona State! Go Sun Devils!! ????☀️ pic.twitter.com/7CG0PCpg9X

Here’s a closer look at his best times:

Dalmolin currently looks to be a breastroke and IM specialist, who can stretch to middle-distance freestyle. But based on his rapid improvements across so many events, he could probably fill just about any hole in the Sun Devils’ lineup.

He joins Grant House for the men’s team, along with Emma Nordin and Erica Laning, who have given verbals to the ASU women’s team, in the Class of 2021.

I would argue that NC State is the most rapidly improving team in the country.

You know, Arizona isn’t exactly on the coast