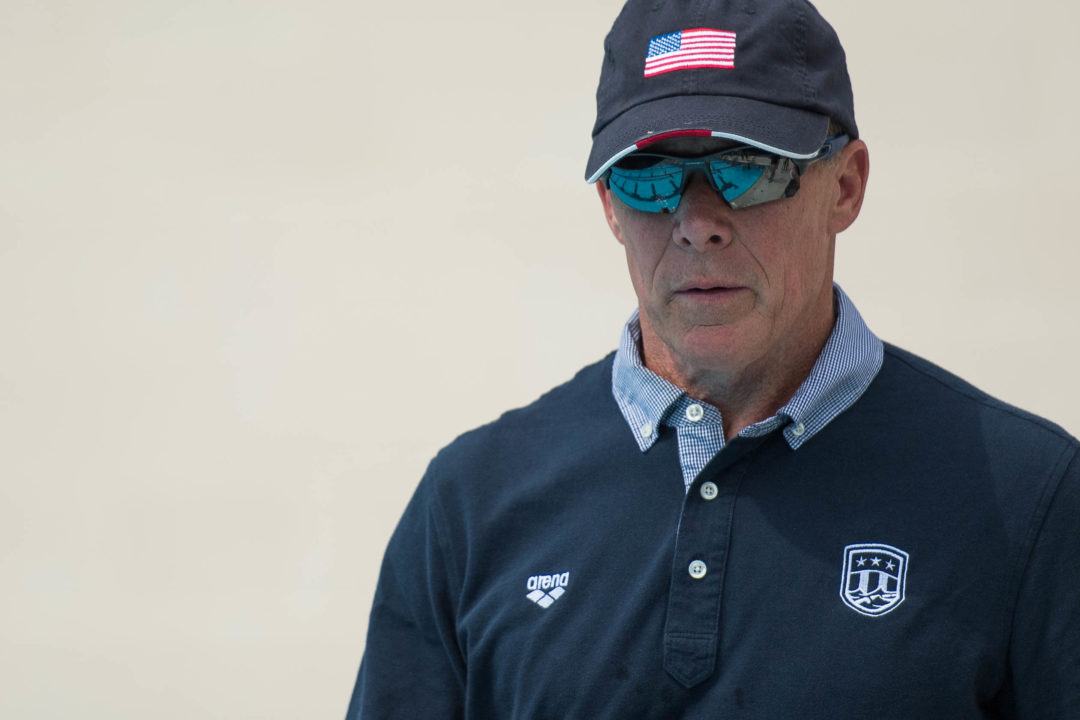 Longtime University of Georgia Bulldogs coach Jack Bauerle is set to receive his first pay increase since 2012, as details of an extension have been reported by Athens Banner-Herald. The coach of the women’s 4th place finishers and men’s 8th place finishers at the 2017 NCAA Championships is set to see a massive salary bump of $130,000 to go from $250,000 to $380,000. Bauerle is also slated to see his contract extended 3 years.

Georgia Athletic Director Greg McGarity stated, “We review current data for all coaches among their peers and felt like that these adjustments illustrated their performance level over a period of time.

“Jack is as motivated as ever to be our swim coach,” McGarity said. “Jack’s tank is full. He is excited, he’s enthusiastic, he is so passionate about his program and we feel great moving forward. We feel very proud he’s our head coach and are glad that he’s going to continue to be our coach.”

Bauerle’s previous contract, which expired on June 30, 2017, stipulated that he could not receive any ‘increases in financial terms’ as part of the corrective actions rendered after a UGA/NCAA investigation. The investigation found Bauerle allegedly made a special arrangement providing an extra benefit to a student-athlete, which is a violation of NCAA rules.

Bauerle is in Budapest this week serving in his role as Assistant Coach for the U.S. Men’s swimming team.

probably Bowman, ASU must have splashed out big time to get him

Bob was $220k in 2016 per an online ASU employee salary database. That’s salary only. Not sure what kind of inventive structure might be in place. Jack just got hooked up!

Between the time he’s been there, the size of his school’s athletic department, and the results he’s gotten over the years, Eddie Reese has got to be up there.

A quick google search says 232k for Eddie. I’d take that, don’t get me wrong, but compared to other coaches at Texas… yeesh. Not to mention a coach with his record. I would have imagined him up near where Baurle is now. Still, that’s only a base salary. Between incentives, USA Swimming bonuses, money from Singapore, etc., the guy isn’t hurting for cash.

And that’s not including what Eddie earns as Head Club coach. I’m sure he’s getting what he deserves.

With the quality of swimmers he puts out, its very well deserved

agree,….definitely gone to a different level in the last 3 years since his ‘trouble’! ….especially on the men’s side.