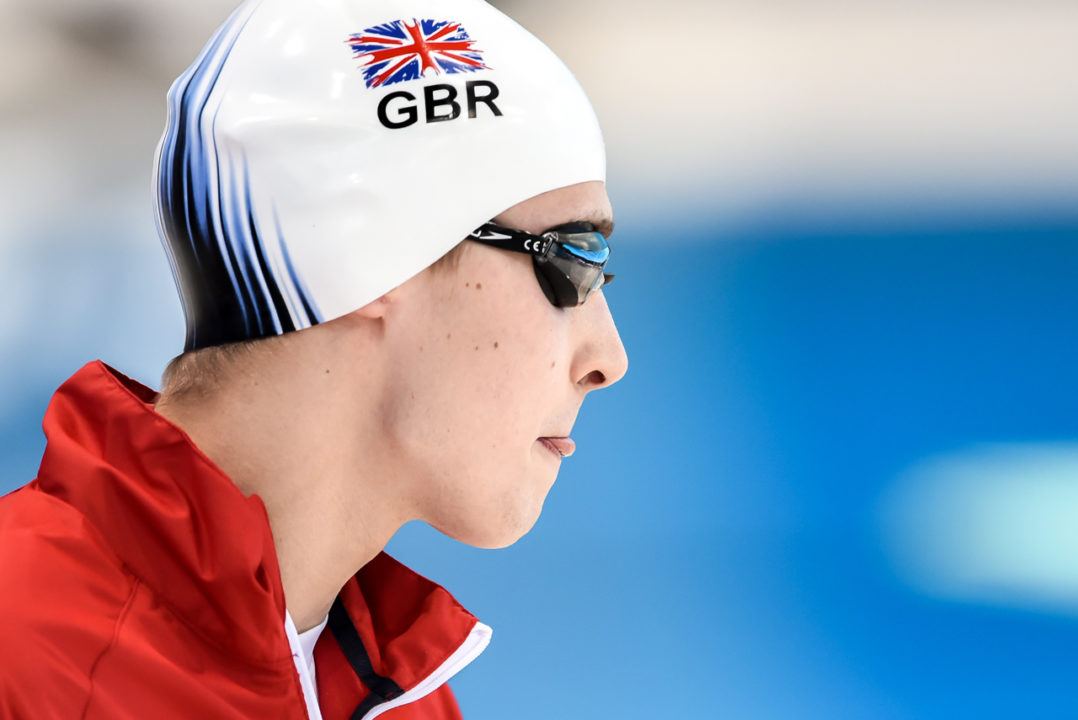 Great Britain earned the 8th and final spot in tonight's 4x200 freestyle final (men), but they've scratched out of the event, giving Belgium a shot to make a move. Archive photo via Peter Sukenik/www.petersukenik.com

We’ve seen minimal scratches through the first 3 full days of competition in Windsor, but a few nations shake things up a tad headed into tonight’s finals. Belarus’ Pavel Sankovich was originally seeded 14th headed into tonight’s semi-final of the men’s 50m butterfly, but has opted out of the race. Most likely the former Florida State swimmer will instead be focusing on his 50m backstroke final, where he holds the 2nd fastest time in 23.07.

In Sankovich’s absence, Spain’s Miguel Ortiz would have been the next athlete selected, having notched the 17th placed time after this morning’s 50m butterfly heats. However, Ortiz is absent from tonight’s heat sheets for the event, indicating the former Michigan Wolverine has also turned his attention solely to the men’s 50m backstroke final, where he’ll face Sankovich as the 5th seeded swimmer (23.33). This leaves Chinese world junior record holder in the LCM 100m/200m butterfly, Li Zhuhao entered now in tonight’s 50m butterfly semi-final as the 16th-seeded swimmer.

The other scratch came in the men’s 4×200 freestyle relay, where Great Britain has given up its lane to 9th placed Belgium. This morning’s British foursome contained Adam Barrett, Mark Szaranek, Max Litchfield and Stephen Milne, the former three of which still have racing yet to go this meet. Barrett will be contesting the men’s 50m butterfly semi-final, while Szaranek and Litchfield each have the men’s 400m IM prelims and potentially finals tomorrow. GBR’s morning time 7:01.03 was a little over 8 seconds off of the leaders, Team USA, indicating each leg would have to throw down a massive improvement to be a medal contender tonight.

Belgium’s case is the same, where their 9th-placed 7:02.34 was well off the top three teams of USA, Australia and Denmark. However, Pieter Timmers does have a shot at producing something special during his leg, already having crushed a fast split of 1:42.51 in prelims.

Why was there no prelims recap?