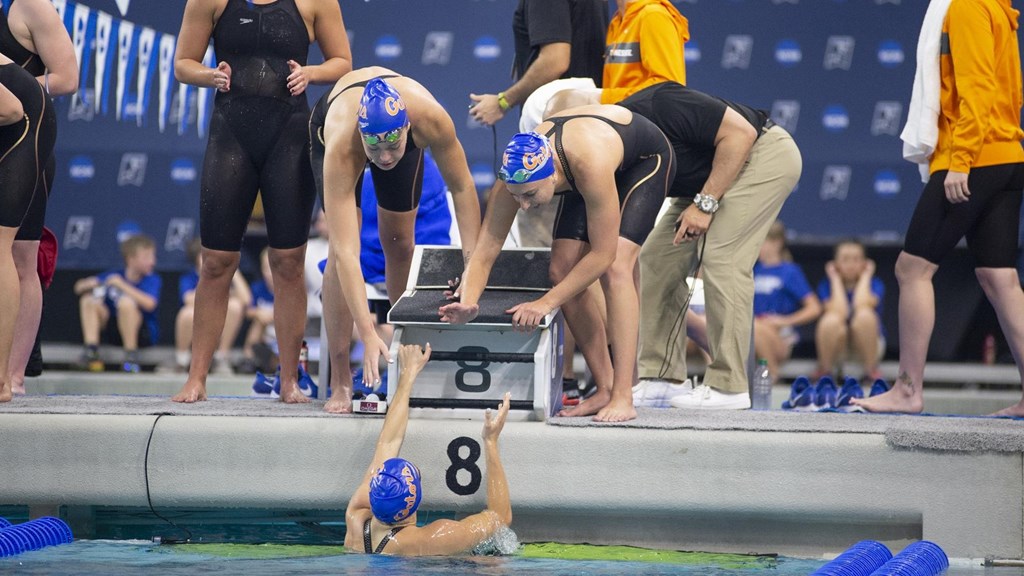 The Gators' women's swimming and diving team will hit the pool on Friday, Oct. 18 at 10:30 a.m. for their SEC opening dual with the Missouri Tigers. Current photo via Florida Athletics

GAINESVILLE, Fla. – The Gators’ women’s swimming and diving team will hit the pool on Friday, Oct. 18 at 10:30 a.m. for their SEC opening dual with the Missouri Tigers inside the Mizzou Aquatic Center.

UF is off to a 4-0 start for the second consecutive season after picking up dual victories over FIU, Miami, FAU and Minnesota.

Sherridon Dressel, Talia Bates and Vanessa Pearl have led the orange and blue in the pool with a team-high six event wins.

The Gators have set times that are among the top swims in the country through the first few weeks of the season.

Dressel’s 100 back effort of 52.21 in Minneapolis last week currently sits as the top time in the country for the event. Sophomore Leah Braswell‘s new personal-best of 9:49.24 in the 1,000 free is the second-fastest time in the nation in the distance event while Kelly Fertel owns the third-fastest 400 IM time in the country, dropping from the top spot a week ago.

The Arizona State transfer has swept the diving events against Miami, FAU and Minnesota, highlighted by the top 3-meter dive in the SEC of 338.40 (Minnesota).

Series History
The Gators and Tigers are unfamiliar opponents, as this SEC opener for both teams will mark just the second matchup between the two teams in program history.

Looking at the Tigers
On Oct. 4, Missouri hosted the Show-Me Showdown with nine different schools competing at the Mizzou Aquatic Center. The team walked away victorious with 752 points and was led by Haley Hynes, who picked up two individual victories (100 fly and 100 back). The Tigers’ 200 medley relay of Hynes, Molly Winer, Sarah Thompson and Megan Keil also took home a victory to lead them.

A year ago, the team posted a 2-5 record (1-2 SEC) and finished 22nd at the NCAA Championships in addition to a seventh-place finish at SECs.

Quotables
Head coach Jeff Poppell – “We are really looking forward to seeing our women compete against a great Missouri team, currently ranked #6 in the nation. It should be a good test as to where we are as a team currently.”

Head Diving coach Bryan Gillooly – “This meet will be a little challenging for us because of the travel schedule. Thursday will be a full day of travel with no practice time at home or in Missouri and with the meet starting at 9: 30 a.m., we won’t have much time beforehand to get adjusted to the facility. We will have to really come in mentally ready to go. It will be a good test for us early in the season.”

Looking Ahead
Florida will head back to Gainesville to host a pair of duals, starting with their SEC opener against Georgia on Nov. 1.

Florida State will then travel to Gainesville for the Fresh From Florida Sunshine Showdown on Nov. 8 at the Stephen C. O’Connell Center.

The pair of home meets will wrap-up the Gators duals for 2019. The team will be back in the pool at the Georgia Tech Invitational on Nov. 22-24 in Atlanta, Ga.

In the middle of December, the divers will compete in the annual Auburn Diving Invitational on Dec. 17-19.

As duals ramp up in 2020, Florida’s future schedule will remain tough. As of now, every dual opponent is ranked in the CSCAA Top 25 poll.