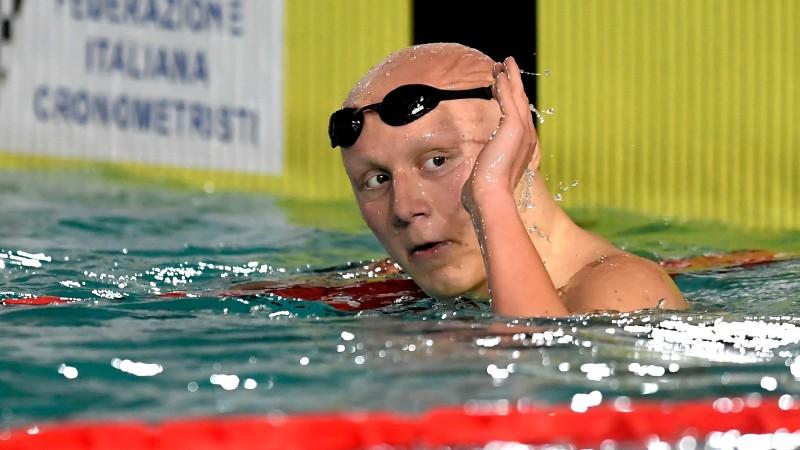 In the final of the boys 200-meter freestyle at the World Junior Championships in Lima, Peru, the bronze medal went to Italy’s Filippo Bertoni, with a time of  1:49.05.

Filippo Bertoni, born in 2006, was the youngest swimmer in the field last night and the time represents his new personal best, improving on his previous best time of 1:49.68, posted en route to gold medal at the European Youth Olympic Festival in Banska Bystrica, Slovakia, last July.

The time is the second Italian all-time performance in his age group, behind only Lorenzo Galossi‘s Italian record of 1:47.42 set in Rome on July 21.

Three of the four relayists from Bucharest were present last night in Lima.

The only absentee was Lorenzo Galossi, who was replaced by Simone Spediacci.

Bertoni is one of the young Italian swimmers who represents the future of the freestyle distance and, probably, of the future Olympic men’s 800m freestyle relay in Paris 2024.

THE CONNECTION BETWEEN GALOSSI AND BERTONI

Lorenzo Galossi and Filippo Bertoni, until the 2020/2021 season were part of two different teams, Aurelia Nuoto and Sport Village, respectively.

After taking age group podiums in 200/400/800m free at the Italian Junior Championships in the summer of 2021, they started the new season together.

In the fall of 2021 the joined together in new club and under the guidance of a new coach, former olympian and Simona Quadarella‘s longtime coach, Christian Minotti.

Galossi and Bertoni’s paths in the near future are marked by the same lane in training. Both have shown great potential that has yet to be fully utilized.

Lorenzo Galossi managed in the last season to create a place for himself in senior swimming. In April he qualified for his first senior national team at the World Championships in Budapest last June (he was the youngest male on the team).

Kid’s best event seems to be 200 free but he curiously he didn’t swim it neither at Eurojunior nor at National Age Campionships at early August, luckily he did at EYOF and Junior Worlds and he took gold and bronze respectively. Of course he has good chances to drop some time over the 400 and on the oher hand imho 800-1500 do not suit him very much we’ll see how his career will develope wouldn’t be surprised if he manages to have a spot for the 4×200 relay in 2024 (both Worlds and Olympics)