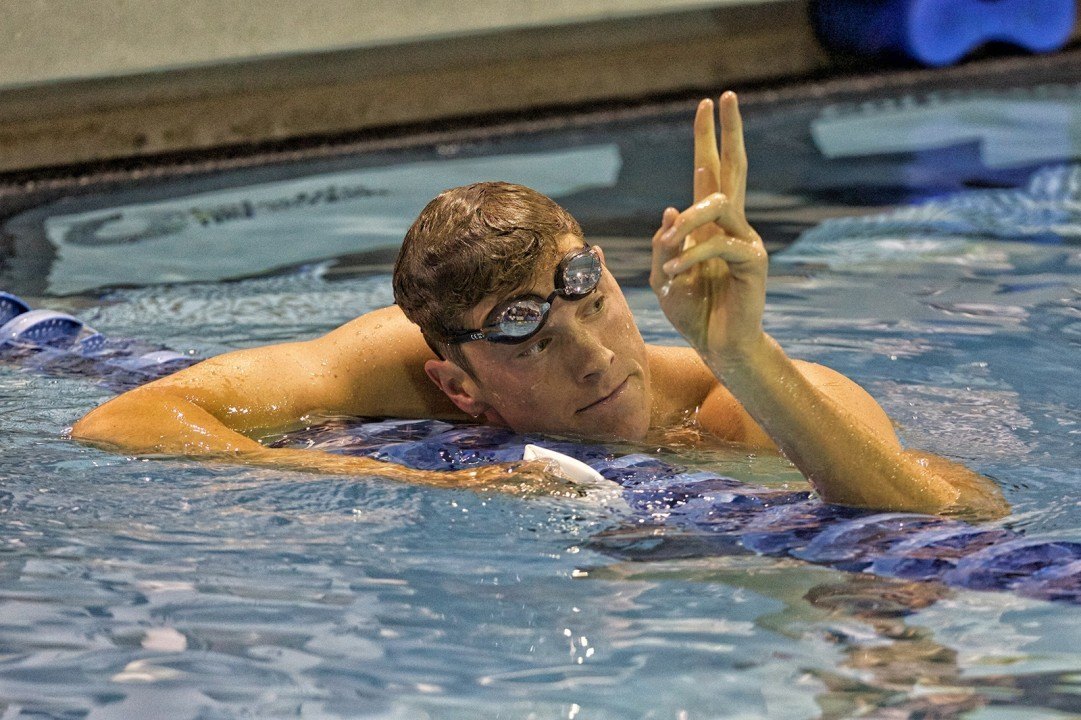 Conor Dwyer -- men's NCAA 500 free champion and USA Olympic Team member -- one of many men who can boast that double accomplishment.

In the interviews after NCAA Division I championship this year, Texas Longhorns Coach Eddie Reese raved about  sophomore Clark Smith.  Eddie knows something about mid-distance; he’s had a current or former Longhorn on every USA men’s Olympic 4×200 free relay team since 1988.

Smith was a highly touted recruit out of high school, but failed to make the championships at all as a freshman in 2014.  He bounced back in a big way in 2015, throwing down big times in-season, and then becoming the first Longhorn to ever win the men’s 500 free at the NCAA Championships.

One of the big debates in the comments on this site, as well as in the larger swimming community, has to do with to what extent success into NCAA/SCY swimming translates into success in LCM swimming.  This is a difficult thing to quantify, but it seems like Smith is heading in the right direction this long course season.  As I write this, he ranks sixth in the US this year in the 200 free and third in the 200 fly.

But still, I wanted to take a look at trends, and see if there is anyway to predict future LCM success based on NCAA victories.  Specifically, I decided to analyze the track record of 500 free championships in making and succeeding at the Olympics.  Here’s what I discovered, dating back to 1989:

*Technically, these were 400m freestyle events, as the NCAA championships were swum in 25m pools those two years.  But for sake of continuity, and since both of those men won 500 yard championships as well, I left them in the table.

Conclusion: winning the 500 free shows that either a) you’re already an Olympian, or b) you’re soon to be at that level, and most likely in the mid-distance events.  I haven’t analyzed every NCAA event, and obviously there are some pretty major examples of men who won an event or two, but never were able to make the transition to long course.  Regardless, the evidence over the past 27 years makes is pretty clear that the 500 free is not a short course event you can “fake” your way through, and a win here means you can hang with the big boys in the big pool.

In other words – if you win the 500 at ncaas you are likely not going to individual medal at the Olympics in the 400 free.

Another brainwashing for the NCAA towards swimswamers….

Actually I think he is implying the opposite.

I can read lists and add.

Are you sure you can read lists and add because nobody knows what you are talking about?

BadParent is saying that of these 18 men, only four have won a medal in the 400 free at the Olympics.

I would worry that SCY swimmers would have problems swimming longer LCM events. The 500 SCY is actually longer than the 400m and certainly longer than a 200m relay split.

Great analysis. From my 25 years of NCAA coaching, I have found that the non-Americans obviously come to the NCAA with pretty sound “meter” abilities and have to “adapt” to learn how to swim/pace the 500… Read more »