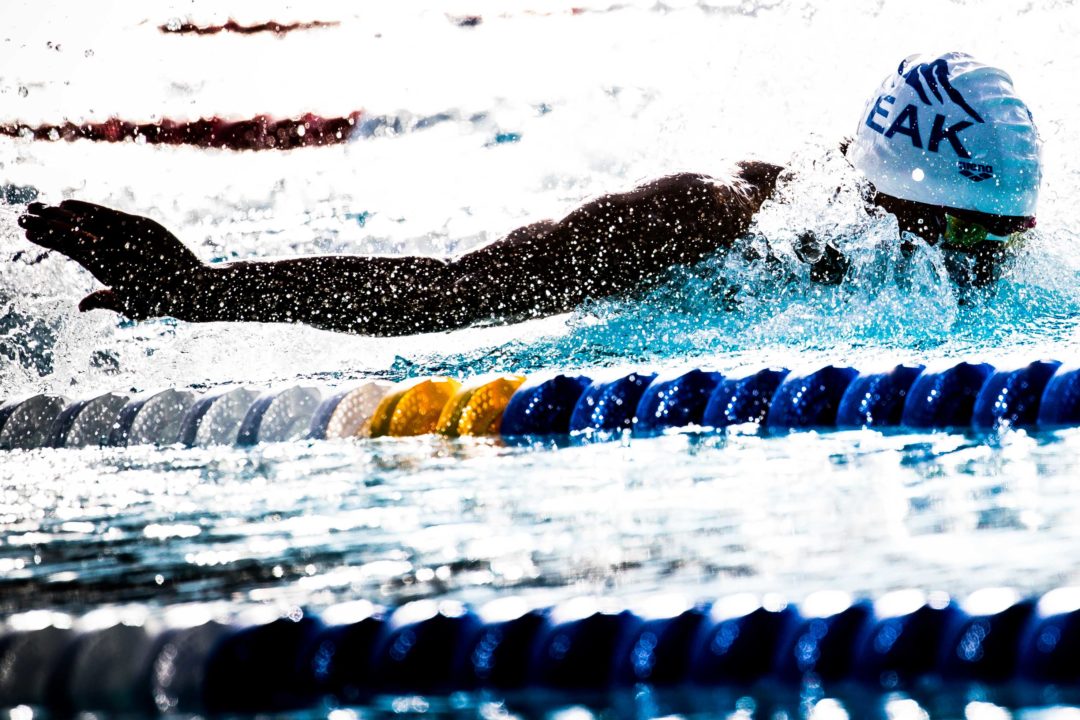 The freshmen made an immediate impact on Sunday night as the Men’s Pac-12 Championships got underway, with the Cal Bears walking away with two wins in the 800 free and 400 medley relays.

In the 800 free relay, we saw first-year swimmers Destin Lasco of Cal and Luke Maurer of Stanford lead their respective schools off by tying for the fastest opening leg, achieving personal best times of 1:33.28. This marks the second time the two have tied in just over a week, as Lasco and Maurer had both set a best time of 1:33.99 in a recent dual meet.

A second Cardinal freshman, Preston Forst, then dropped the second-fastest split in the field swimming second (1:31.68), opening up a big lead for Stanford. Cal would ultimately run them down for the win, but Maurer and Forst looked exceptional and should be big factors over the next three days.

Then, in the 400 medley relay, Cal freshman Bjorn Seeliger produced a scorching 41.21 freestyle anchor, bringing the Bears in for a new meet record. Seeliger’s swim is one of the top 100 free relay splits we’ve seen this season, with Texas’ Daniel Krueger hitting a 41.18 for the fastest.

In addition to Maurer and Forst’s exploits on the 800 free, three of Stanford’s four legs on the 400 medley were first-years.

The Cardinal ended up placing third in 3:06.14, faster than the team’s winning time from last season.

Through two events, Cal, Stanford and Arizona all looked good, but it’s clear the first-year swimmers will make a sizeable impact on the meet.

Joining Seeliger on the winning Cal medley relay, Bryce Mefford, Reece Whitley and Ryan Hoffer all looked good. Mefford was just off his 2019 best time in 45.51 on back, while Whitley’s 50.83 puts him just off his 50.65 from last season.

The Longhorns, although it’ll be an absurd race.

I pick the Longhorns. Krueger can split :40 and that will be the difference.

Texas. They had the fastest time out of the four and, according to individual performances, seem the least tapered. I think Texas and Cal will improve a lot at NCAAs, while Florida and Louisville generally drop less at NCAAs.